Schoolchildren among victims of latest suicide attacks in Iraq 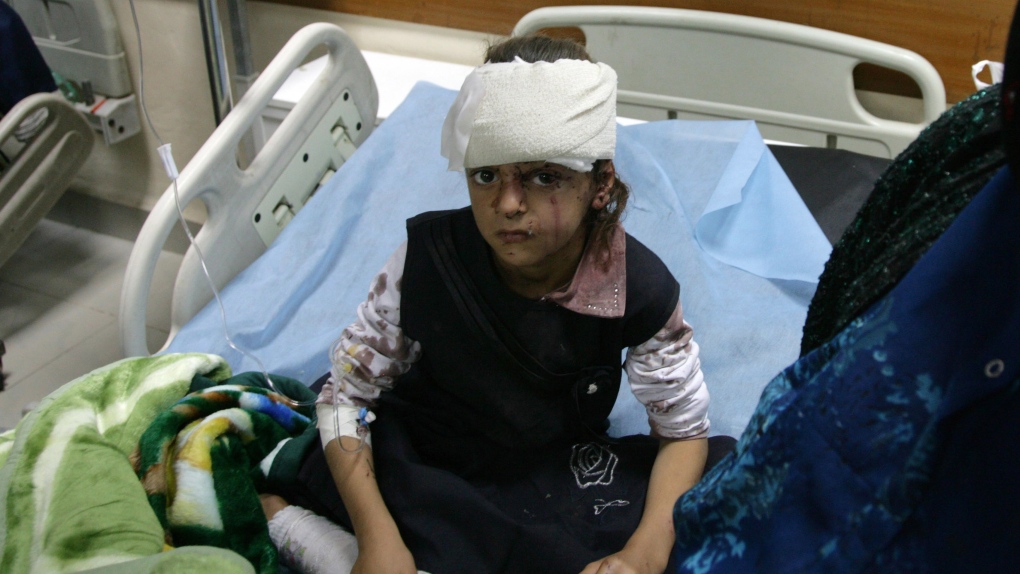 BAGHDAD -- Deadly attacks in Iraq killed at least 33 people on Sunday, including a dozen children slain when a suicide bomber detonated the explosives-laden car he was driving near their elementary school in the north of the country, officials said.

The attacks are the latest in a relentless wave of killing that has made for Iraq's deadliest outburst of violence since 2008. The mounting death tolls are raising fears that the country is falling back into the spiral of violence that brought it to the edge of civil war in the years after the 2003 U.S.-led invasion.

Sunday's blasts began around 9:30 a.m. in the Shiite Turkomen village of Qabak, just outside the town of Tal Afar. The area around the stricken village has long been a hotbed for hard-to-rout Sunni insurgents and a corridor for extremist fighters arriving from nearby Syria.

One car bomb in the tiny village targeted an elementary school while children ages 6 to 12 were in class as another struck a nearby police station, Tal Afar mayor Abdul Aal al-Obeidi said.

The dead included 12 children, the school principal and two policemen. Another 90 people were wounded, he said.

The village is home to only about 200 residents, and part of the single-story school collapsed as a result of the blast, he said. Tal Afar is 420 kilometres (260 miles) northwest of Baghdad.

"We and Iraq are plagued by al-Qaida," al-Obeidi said. "It's a tragedy. These innocent children were here to study. What sins did these children commit?"

Another suicide bomber, this time on foot, blew himself up hours later as Shiite pilgrims walked through the largely Sunni neighbourhood of Waziriyah in the north of the Iraqi capital.

At least 12 people were killed and 23 wounded in that attack, according to police and hospital officials.

It was the second time in less than 24 hours that a suicide bomber managed to thwart security checkpoints and target Shiite pilgrims making their way to a golden-domed shrine in northern Baghdad where two revered Shiite saints are buried.

A suicide bombing in the largely Sunni neighbourhood of Azamiyah, not far from the site of Sunday's attack, late Saturday killed 51, authorities said as they revised the death toll upward. That and other attacks Saturday left a total of 75 dead, including two television journalists shot on the job.

Later Sunday, a bomb hidden in a parking lot exploded in Baghdad al-Jadidah, a district in the east of the Iraqi capital that has both Sunni and Shiite areas. That blast killed six and wounded 12, according to police and hospital officials.

There was no immediate claim of responsibility for the latest attacks, but suicide bombers and car bombs are frequently used by al-Qaida's Iraq branch. It often targets Shiite civilians in an effort to undermine the Shiite-led government. Its extremist ideology considers Shiites heretics.

The police and hospital officials spoke on condition of anonymity because they weren't authorized to brief reporters.

The United Nations envoy to Iraq urged political, religious and civic leaders to work together to stop the killing.

"It is their responsibility to ensure that pilgrims can practice their religious duties, that school children can attend their classes, that journalists can exercise their professional duties and that ordinary citizens can live a normal life in an environment free of fear and violence," envoy Nickolay Mladenov said.

United Nations figures released last week showed that at least 979 people, most of them civilians, were killed last month alone. At least 135 have died violently since the start of October, according to an Associated Press count.