Rwanda rejects UN report on support for rebels in Congo

Rwanda rejects UN report on support for rebels in Congo 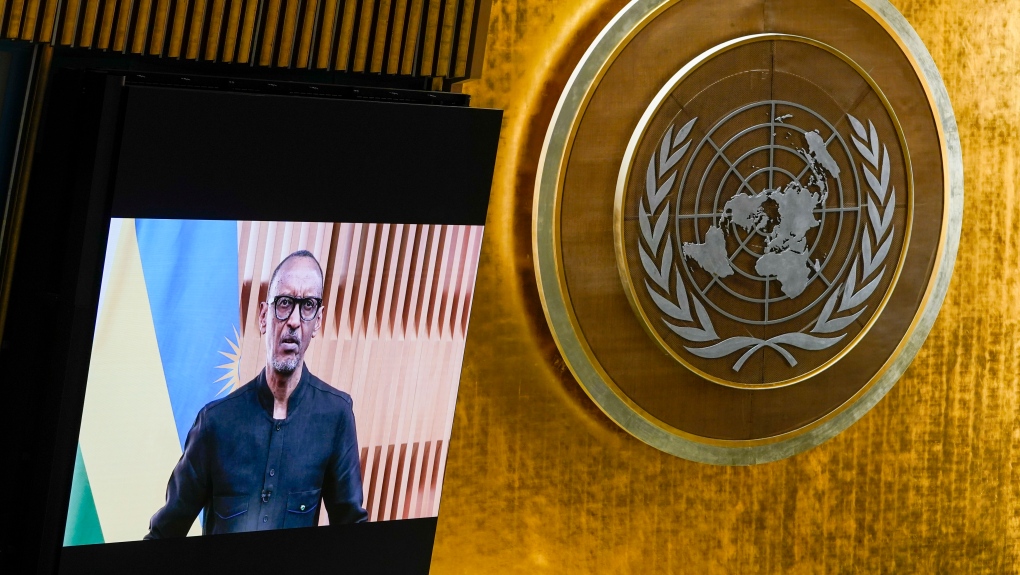 Rwanda's government is rejecting a report by United Nations experts saying they have "solid evidence" that members of Rwanda's armed forces are conducting operations in eastern Congo in support of the M23 rebel group whose deadly resurgence has led to talk of war as well as protests against the UN peacekeeping force.

The report is a "tactic to distract from real issues," Rwandan government spokeswoman Yolande Makolo said in a statement describing the report as containing "false allegations."

U.S. Secretary of State Antony Blinken will visit both countries next week, with the deadly turbulence in mineral-rich eastern Congo leading the agenda.

Rwanda accuses Congo of collaborating with another rebel group, the FDLR, and said regional security can't be achieved until that issue is addressed. The FDLR was created by ethnic Hutus who fled Rwanda during the country's 1994 genocide that killed at least 800,000 ethnic Tutsis and moderate Hutus. Congo has denied supporting the group.

"Rwanda has a legitimate and sovereign right to defend our territory and citizens, and not just wait for disaster to unfold," Makolo said.

In a new report to the UN Security Council, obtained by The Associated Press, the experts accused Rwanda's forces of violating a UN arms embargo against Congo by their "direct intervention" into the country, either to support the M23 rebel group or to conduct military operations against the FDLR.

Rwandan military members also violated sanctions by providing weapons, ammunition and uniforms to M23 rebels, the experts' report said. Attacks by the M23 have become more frequent, longer and stronger, and the territory under the group's control has "significantly increased," causing massive displacement of civilians and indiscriminate shelling, the experts added.

The latest in eastern Congo insecurity has sparked deadly protests against the UN peacekeeping force there.

Relations between Congo and its smaller neighbour Rwanda have been fraught for decades. Rwanda alleges that Congo gave refuge to Hutus who carried out the genocide. In the late 1990s, Rwanda twice sent its forces deep into Congo, joining forces with Congolese rebel leader Laurent Kabila to depose the country's longtime dictator Mobutu Sese Seko.

A meeting between Rwandan President Paul Kagame and Congolese President Felix Tshisekedi in Angola on July 6 produced a statement calling for a return to normal diplomatic relations, a cessation of hostilities, and the "immediate and unconditional withdrawal" of the M23 from its positions in eastern Congo.

This story was first published on Aug. 5, 2022. It was updated on Aug. 8, 2022, to correct the quote in the second paragraph by the Rwandan government spokeswoman.

'We shouldn't have to push people': Most provinces have not made Sept. 30 a stat

23 people taken to hospital after workplace exposure to hydrochloric acid in St. Catharines

A total of 23 people have been taken to hospital in St. Catharines following a hazardous workplace incident on Tuesday.

Can I book my COVID-19 bivalent booster that targets Omicron? Where each province, territory stands