North Korea fires fourth round of missile tests in 1 week

North Korea fires fourth round of missile tests in 1 week 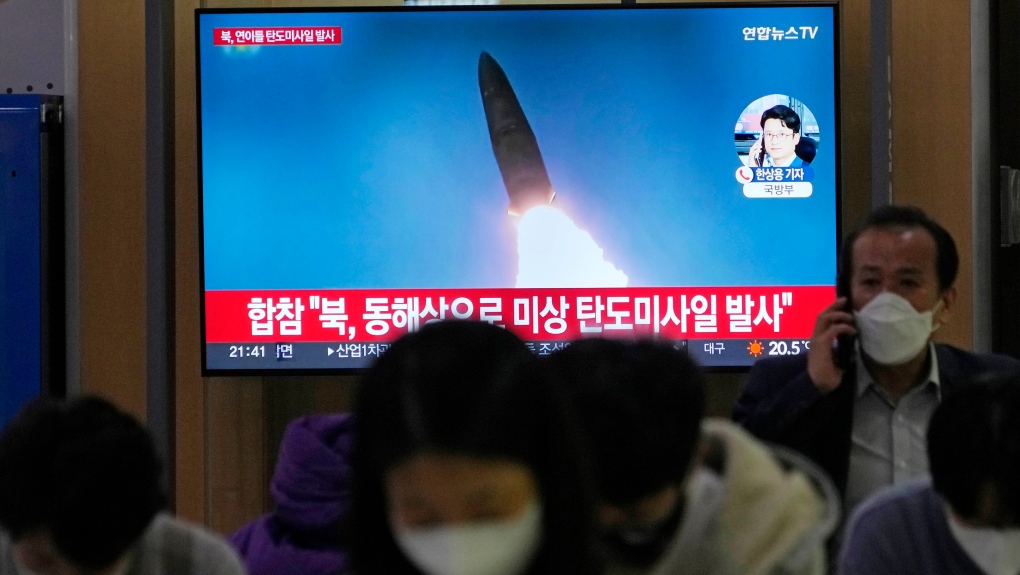 North Korea on Saturday fired two short-range ballistic missiles toward its eastern waters, South Korean and Japanese officials said, making it the North's fourth round of weapons launches this week that are seen as a response to military drills among its rivals.

"The repeated ballistic missile firings by North Korea are a grave provocation that undermines peace and security on the Korean Peninsula and in the international community," South Korea's Joint Chiefs of Staff said in a statement.

According to South Korean and Japanese estimates, the North Korean missiles flew about 350-400 kilometres at a maximum altitude of 30-50 kilometres before they landed in the waters between the Korean Peninsula and Japan.

Some experts say that the weapons are a nuclear-capable, highly maneuverable missiles modelled after Russia's Iskander missile. That Iskander-like missile is capable of striking strategic targets in South Korea, including U.S. military bases there.

North Korea views such military drills among its rivals as an invasion rehearsal and often responds with its own weapons tests.

The North Korean missile tests this week also came before and after U.S. Vice President Kamala Harris visited South Korea on Thursday and reaffirmed the "ironclad" U.S. commitment to the security of its Asian allies.

This year, North Korea has carried out a record number of missile tests in what experts call an attempt to expand its weapons arsenal amid stalled nuclear diplomacy with the United States. The weapons tested this year included nuclear-capable missiles with the ability to reach the U.S. mainland, South Korea and Japan.

South Korean and U.S. officials say North Korea has also completed preparations to conduct a nuclear test, which would be its first in five years.

Experts say North Korean leader Kim Jong Un eventually wants to use the enlarged nuclear arsenal to pressure the United States and others accept his country as a legitimate nuclear state, a recognition he views as necessary to win the lifting of international sanctions and other concessions.

Multiple United Nations Security Council resolutions ban North Korea from testing ballistic missiles and nuclear devices. The country's missile launches this year are seen as exploiting a divide at the UN council over Russia's invasion of Ukraine and U.S.-China competitions.

In May, China and Russia vetoed a U.S.-led attempt to toughen sanctions on North Korea over its ballistic missile launches.

"North Korea's frequent short-range missile tests may strain the isolated state's resources. But because of deadlock on the UN Security Council, they are a low-cost way for the Kim regime to signal its displeasure with Washington and Seoul's defence exercises while playing the domestic politics of countering an external threat," said Leif-Eric Easley, a professor at Ewha University in Seoul.