Montenegro mourns after 10 are killed in street attack

Montenegro mourns after 10 are killed in street attack 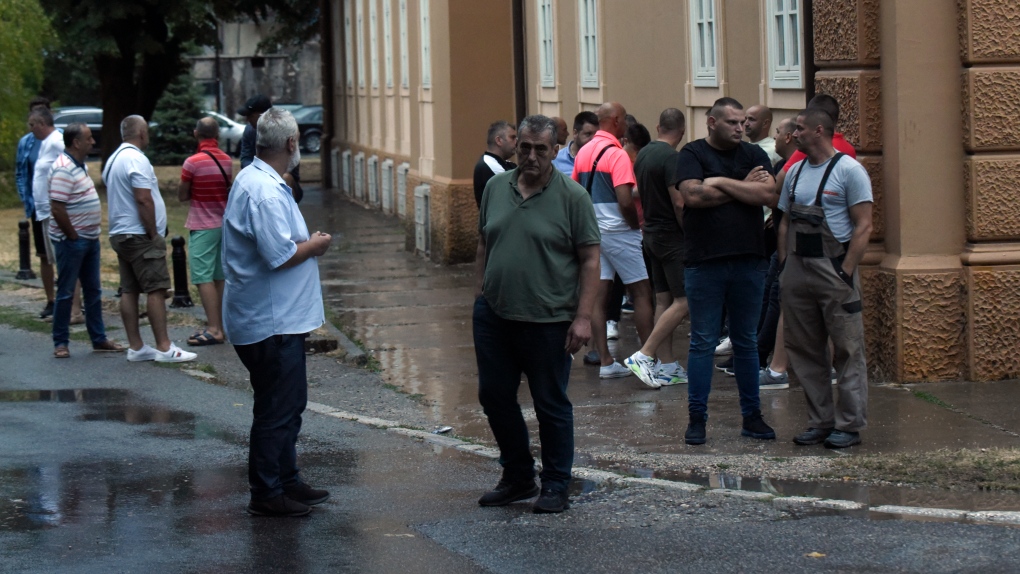 People stand on the site of the attack in Cetinje, some 30 km west of Podgorica, Montenegro, Friday, Aug. 12, 2022. A man went on a shooting rampage in the streets of a western Montenegro city Friday, killing multiple people, before being shot dead by a passerby, officials said. (AP Photo/Risto Bozovic)
CETINJE, Montenegro -

Montenegro declared three days of national mourning Saturday, a day after 10 people, including two children, were killed in a shooting spree by a 34-year-old gunman who police said had recently exhibited a "change in behaviour."

The attacker used a hunting rifle to first shoot to death two children, 8 and 11, and their mother, who lived as tenants in his house in the western city of Cetinje's Medovina neighborhood. He then walked into the street and randomly shot 13 more people, seven of them fatally. The gunman was shot dead later after a gunbattle with police.

Police investigating the rampage issued a statement Saturday saying it was still unclear what motivated the gunman -- identified only by his initials, V.B. But they said people close to the attacker said he had recently started exhibiting a "change in behavior but nothing that indicated he could commit such a crime." The attacker had an appointment to see a mental health care specialist but went on the rampage prior to it.

The police statement also said that the law enforcement officers sent to the scene came under fire from the attacker and responded by firing at him at least 20 times and seriously injuring him.

The prosecutor coordinating the investigation, Andrijana Nastic, told journalists Friday that the gunman was killed by a passerby and that a police officer was among the wounded. She said nine of those killed died at the scene and two died at a hospital.

Witnesses of the shooting spree were struggling Saturday to come to terms with the carnage. They described scenes of chaos and horror as the gunman unleashed his fury on innocent people just going about their daily business on a warm summer afternoon.

"You could hear women crying, people shouting in panic that a man has a weapon and is indiscriminately shooting around. I heard gunshots," said witness Milena Stanojevic. "I've seen a lot of crying, tears and sadness and today, silence and disbelief."

Cetinje, a city of about 17,000 people and the seat of Montenegro's former royal government, is 36 kilometres west of Podogrica, the current capital of the small Balkan nation.

Four of the wounded were transferred to the Clinical Center in Podgorica for surgery and were still in intensive care Saturday, according to the chief neurosurgeon there, Dr. Ivan Terzic. Two others suffered less severe injuries and were recovering at a hospital in Cetinje.