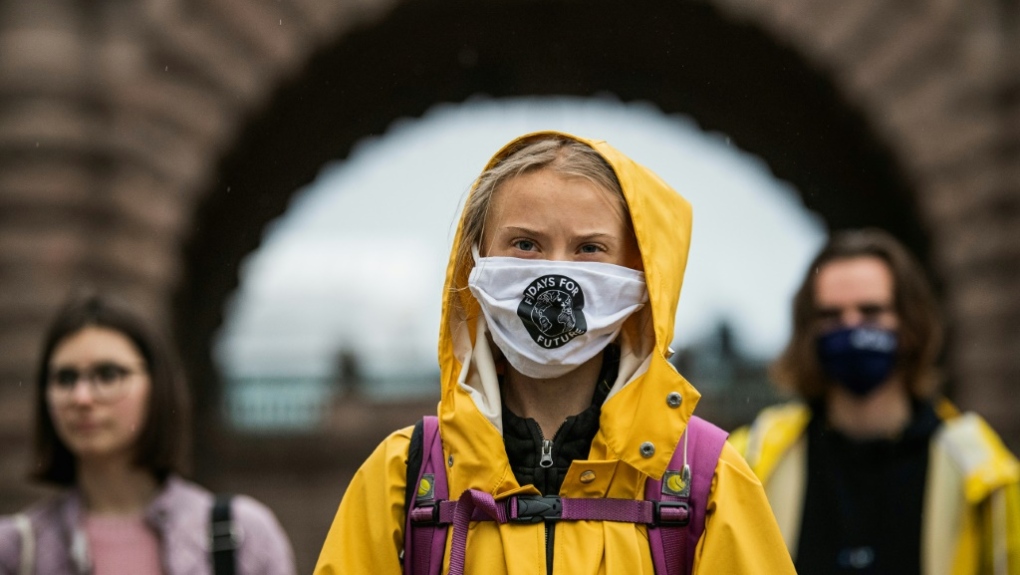 Swedish climate activist Greta Thunberg has had a running row with Donald Trump on social media.

The teenager was reversing a barb that Trump -- who frequently disputes the science behind climate change -- had aimed at her in 2019 when he wrote on Twitter that "she seems like a very happy young girl looking forward to a bright and wonderful future."

The tweet was a sarcastic response to a fiery speech given by Thunberg at the United Nations where she told world leaders: "You have stolen my dreams and my childhood with your empty words. How dare you?"

In response, Thunberg later modified her Twitter biography, referring to herself as "a very happy young girl looking forward to a bright and wonderful future."

Trump withdrew the U.S. from a 2015 international accord designed to limit greenhouse gases, a move that President-elect Joe Biden -- who takes office later on Wednesday -- has promised to reverse.

The outgoing leader told last year's Davos forum that the world "must reject the perennial prophets of doom and their predictions of the apocalypse."

Thunberg's campaigning has earned her Amnesty International's top human rights prize and the Swedish Right Livelihood Award, often presented as an alternative Nobel, and she was named the 2019 person of the year by Time magazine.

The pair previously clashed on social media following Trump's defeat in November's election, when she posted a message telling him to work on his "Anger Management problem", adding: "Chill Donald, chill!"

Trump had used the same phrase to mock Thunberg a year earlier.

He seems like a very happy old man looking forward to a bright and wonderful future. So nice to see! pic.twitter.com/G8gObLhsz9