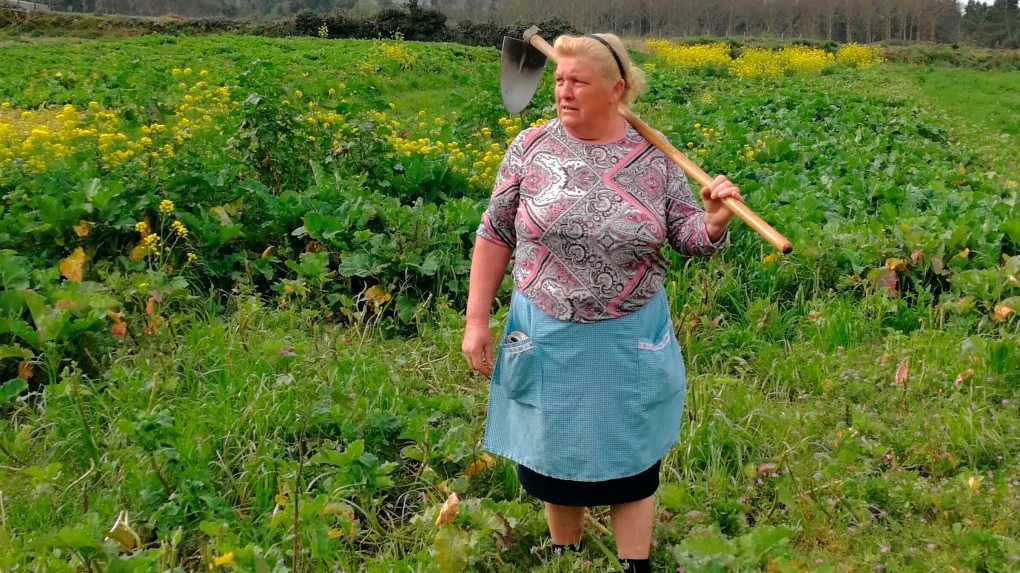 Dolores Leis stands in a field on her farm in Galicia, in northern Spain, Thursday April 19, 2018. (Paula Vazquez via AP)

MADRID -- A woman in Spain has found unexpected fame on social media after many found she bore a striking resemblance to U.S. President Donald Trump.

Thousands of responses flooded in last week after a journalist reporting on farming in northwestern Spain posted on Instagram a picture of Dolores Leis dressed in farm clothing with a hoe over her shoulder.

The 64-year-old has since been asked to comment on pressing U.S. policy and international issues -- though she has shown more concern for a moth plague threatening her potato crops.

"I say that it must be because of the colour of the hair," Leis told the La Voz de Galicia newspaper Tuesday. She added she doesn't use a mobile phone and has little interest in online chatter.