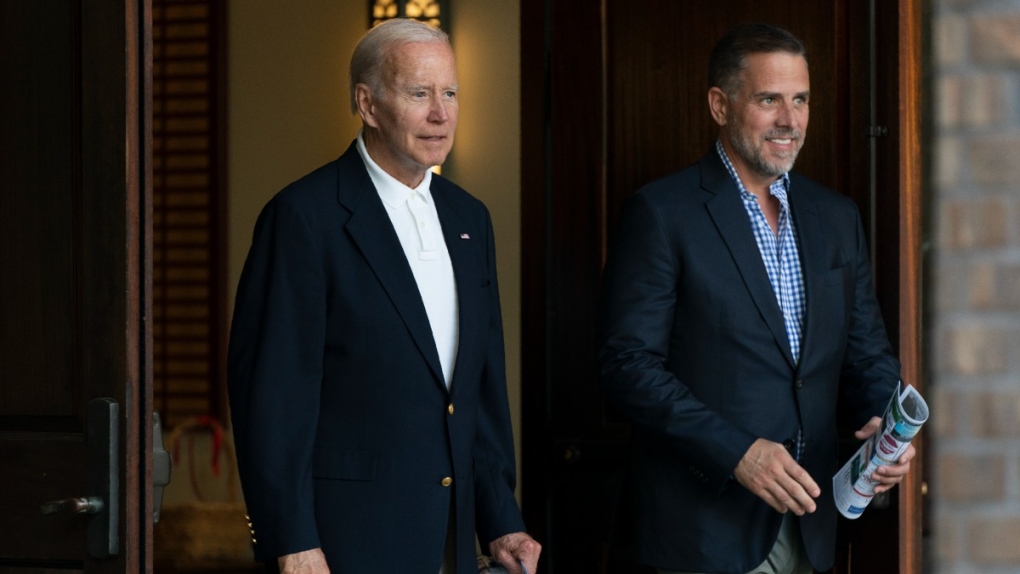 Federal prosecutors believe they could charge Hunter Biden with tax crimes and a false statement but a final decision still has not yet been made by the US attorney in Delaware, according to sources familiar with the matter.

The case against Biden narrowed earlier this year, and was a matter of discussion in early summer between FBI and IRS investigators, prosecutors in Delaware and the Justice Department, CNN previously reported. The discussions included assessing the strength of the case and questioning whether more work was needed before deciding on charges, according to sources who spoke to CNN in July.

Prosecutors have not yet made any charging decisions on the case and have not met since early summer to discuss the federal investigation, according to two sources familiar with the matter. A decision is not expected before the midterm election.

A source familiar with the matter told CNN that talks between Biden's team and the Justice Department have been ongoing for several months but nothing has changed in a couple of months on that front.

The Wall Street Journal reported that Biden's legal team met in "recent weeks" with Justice Department prosecutors to argue against a potential case.

"As is proper and legally required, we believe the prosecutors in this case are diligently and thoroughly weighing not just evidence provided by agents, but also all the other witnesses in this case, including witnesses for the defence," Biden's attorney Chris Clark said in a written statement to the Journal.

The Washington Post reported on Thursday that prosecutors believe they have "sufficient evidence" to charge Biden, son of U.S. President Joe Biden, in two areas -- tax crimes and a false statement regarding a gun purchase, the same crimes CNN reported in July were the focus of investigators' discussions with the Justice Department.

But prosecutors have also examined a 2018 incident in which a firearm owned by Biden ended up tossed by his then-girlfriend into a dumpster in Wilmington, a person briefed on the matter said. Biden described in media interviews last year that he was addicted to drugs, which raised the possibility he broke federal law when he bought the firearm.

Federal law prohibits firearms purchases by anyone who uses or is addicted to illegal drugs.

Still, Biden has publicly discussed his own substance abuse struggles, and some Justice officials have debated whether his open discussions of his past drug use could potentially weaken their case should they bring one.

Biden has also denied wrongdoing in his business activities.

In late 2020 after being notified by the Delaware U.S. attorney about the investigation, he said in a statement issued by his father's presidential transition office: "I take this matter very seriously but I am confident that a professional and objective review of these matters will demonstrate that I handled my affairs legally and appropriately, including with the benefit of professional tax advisers."

The President, meanwhile, has repeatedly said he won't interfere in the independence of the Justice Department. Early on in his presidency, Biden decided to keep U.S. Attorney David Weiss, an appointee of former President Donald Trump, in office to continue to oversee the investigation in Delaware.

A mudslide unleashed by torrential rain buried a bus and affected two other vehicles on a highway central Colombia, killing at least 34 people, authorities said Monday.

'The kind of leader I am': Smith accepts sovereignty act amendments from UCP caucus

Alberta's premier says she is OK with her caucus making changes to the sovereignty act bill she introduced last week, while the NDP argued it would be better to scrap it altogether.

Permanent residents can now apply to join the Canadian Armed Forces, regardless of whether they have been trained by a foreign military.

The unabashedly liberal city of San Francisco became the unlikely proponent of weaponized police robots last week after supervisors approved limited use of the remote-controlled devices, addressing head-on an evolving technology that has become more widely available even if it is rarely deployed to confront suspects.