Chinese tourism to U.S. drops for 1st time in 15 years 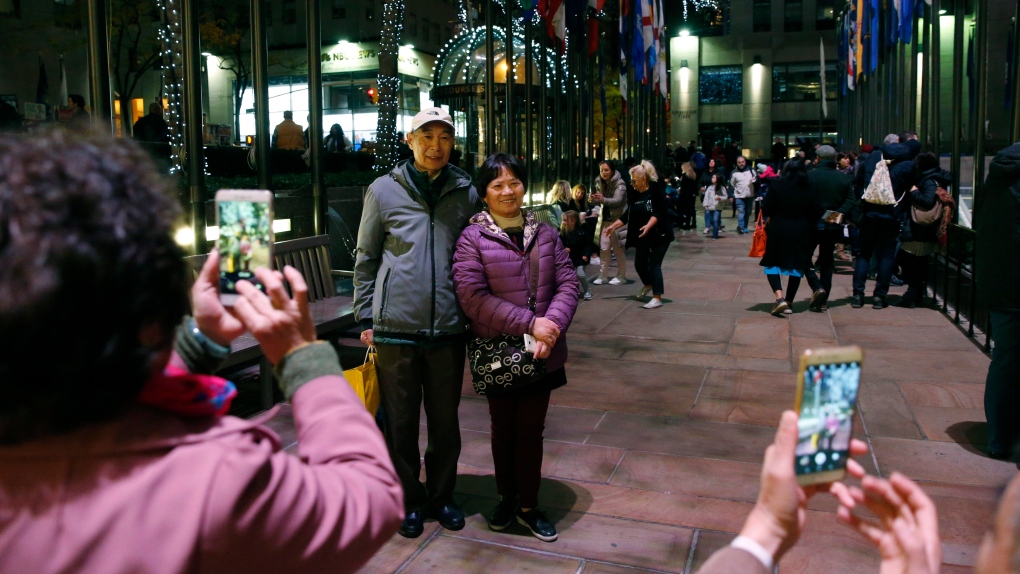 After more than a decade of rapid growth, Chinese travel to the U.S. is falling. And that has cities, malls and other tourist spots scrambling to reverse the trend.

Travel from China to the U.S. fell 5.7% in 2018 to 2.9 million visitors, according to the National Travel and Tourism Office, which collects data from U.S. Customs forms. It was the first time since 2003 that Chinese travel to the U.S. slipped from the prior year.

Friction between the U.S. and China is one reason for the slowdown. The Trump administration first imposed tariffs on Chinese solar panels and washing machines in January 2018, and the trade war has escalated from there. The U.S. now has a 25% tariff on $200 billion worth of Chinese imports, while China has retaliated with tariffs on $60 billion of U.S. imports.

Last summer, China issued a travel warning for the U.S., telling its citizens to beware of shootings, robberies and high costs for medical care. The U.S. shot back with its own warning about travel to China.

Wang Haixia, who works at an international trade company in Beijing, travelled to the U.S. in May for her sister's graduation. She and her family planned to spend 10 days in Illinois and New York.

Wang says she might have stayed longer but doesn't want to contribute to the U.S. economy amid the trade war.

"I cannot cancel this trip because I promised my sister I would go to her commencement," she said. "My relatives will contribute more than 100,000 yuan to America just staying for 10 days, and that's enough."

There are other reasons behind the slowdown. Economic uncertainty in China has travellers at the lower end of the market vacationing closer to home, says Wolfgang Georg Arlt, director of the Chinese Outbound Tourism Research Institute, which found that 56% of travellers leaving China in the last three months of 2018 went to Hong Kong, Macau or Taiwan compared with 50% in 2017. Those who do travel farther are seeking out more exotic destinations like Croatia, Morocco and Nepal.

Chinese travel to the U.S. had already been moderating from its breakneck pace earlier this decade. In 2000, 249,000 Chinese visited the U.S. That tripled to 802,000 by 2010, then tripled again by 2015, in part because of higher incomes, better long-haul flight connections and an easing of visa restrictions, according to McKinsey, the consulting firm.

Most industry-watchers agree that any downturn is temporary, since China's middle class will only continue to expand. The U.S. government forecasts Chinese tourism will grow 2% this year to 3.3 million visitors, and will reach 4.1 million visitors in 2023.

"Even if the Chinese economy cools, it's still going to continue to be a very good source of growth for the travel industry," said David Huether, senior vice-president of research for the U.S. Travel Association.

But because China commands some of the highest tourism traffic to the U.S., any falloff will be felt by destinations that have come to rely on Chinese spending power. In 2017, the country had the fifth highest number of U.S.-bound tourists, behind Canada, Mexico, the United Kingdom and Japan. Ten years earlier, China wasn't even on the top 10 list, falling behind countries like Germany, France, South Korea and Australia, according to the National Travel and Tourism Office.

To hold onto those dollars, experts say the tourism industry must do more to keep up with Chinese travellers and their changing needs.

"A lot of companies looked at the Chinese market as easy money, but we have to be relevant to the Chinese," Becker said. Attract China, for instance, has helped luxury stores in Manhattan incorporate Jeenie, a live translation app, and add Alipay and WeChat Pay for mobile payments.

Others have also been stepping up their efforts. The Beverly Center mall in Los Angeles caters to both busloads of Chinese tourists and mid-size groups. But now it also focuses on small groups of less than 10 VIP shoppers, says Susan Vance, the mall's marketing and sponsorship director. The mall has also pushed stores to offer China UnionPay, a digital payment service. More than 100 stores now have it, Vance says, up from three in 2014.

Tourism officials are also catching onto WeChat. In late 2017, Washington D.C. became the first U.S. city to launch an interactive guide in the app. Chinese travellers can use it to get directions to attractions, access audio tours in Mandarin and find dining and shopping. The city's marketing office has one staff member dedicated to WeChat.

Washington also recently launched a Welcome China program that teaches hotels, restaurants and other venues about Chinese customs and encourages them to offer things like Chinese-language menus or in-room slippers. Forty-four hotels and a handful of restaurants have signed on.

Elliott Ferguson, president and CEO of Destination DC, the city's marketing office, said the number of Chinese tourists visiting Washington doubled in the last five years before falling slightly in 2017. But Ferguson, who travelled to China last month to meet with tourism officials, said there's still significant interest in travel to the U.S.

"We're beefing up our efforts because we see there's so much potential for growth," he said.