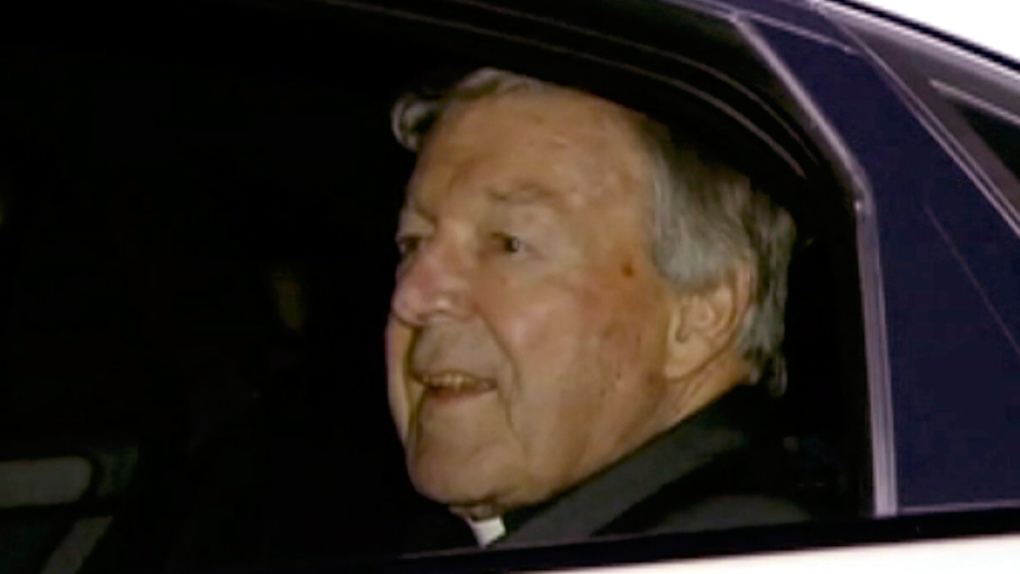 In this image made from video, Cardinal George Pell, Pope Francis' top financial adviser, sits in the back of a car as he leaves Sydney Airport, on July 10, 2017. (CHANNEL 9 via AP)

SYDNEY, Australia -- The most senior Vatican cleric to ever be charged in the Roman Catholic Church sex abuse scandal returned to Australia on Monday to stand trial in his home state on charges alleging he sexually assaulted multiple people years ago.

Cardinal George Pell, Pope Francis' top financial adviser, avoided waiting media when he arrived at Sydney Airport on a flight from Singapore. He had declined to comment in Singapore over the weekend as he made his way home from Rome.

The 76-year-old cleric is due to appear in a court in the Victoria state capital, Melbourne, on July 26 on what Victoria Police described as multiple counts of "historical sexual assault offences" -- meaning crimes that generally occurred years ago. There is no statute of limitations on such crimes in Australia. Police said there were multiple complainants, but have released no other details.

Pell is free ahead of his court hearing, during which he can formally apply for bail.

When police announced the charges last month, Pell vowed to fight the allegations, saying: "The whole idea of sexual abuse is abhorrent to me."

On Monday, the Sydney archdiocese said the cardinal had made multiple stops on his journey to Australia to avoid long-haul flights, based on the advice of his doctors. Last year, Pell said he was too ill to make the long flight back to his home country to testify before a government inquiry into how the Catholic Church and other institutions have responded to child sex abuse allegations.

"When he was told of the charges by Victoria Police, Cardinal Pell said in Rome he totally rejected the allegations, was completely innocent of the charges and would return to Australia to vigorously defend himself and clear his name," the archdiocese said in a statement. "Cardinal Pell will not be making further comment other than to say he is grateful for the numerous messages of support he continues to receive."

Pell has taken a leave of absence to fight the charges in Australia and has said he intends to return to the Vatican to continue his work as a prefect of the church's economy ministry.

The pope thanked Pell for his "honest" work and collaboration, and said he would wait for Australian justice to run its course before making a judgment himself.

For years, Pell has faced allegations that he mishandled cases of clergy abuse as archbishop of Melbourne and, later, Sydney. But more recently, Pell himself became the focus of a clergy sex abuse investigation, with Victoria detectives flying to the Vatican to interview him last year.

From Australia to the Vatican, Pell a polarizing figure