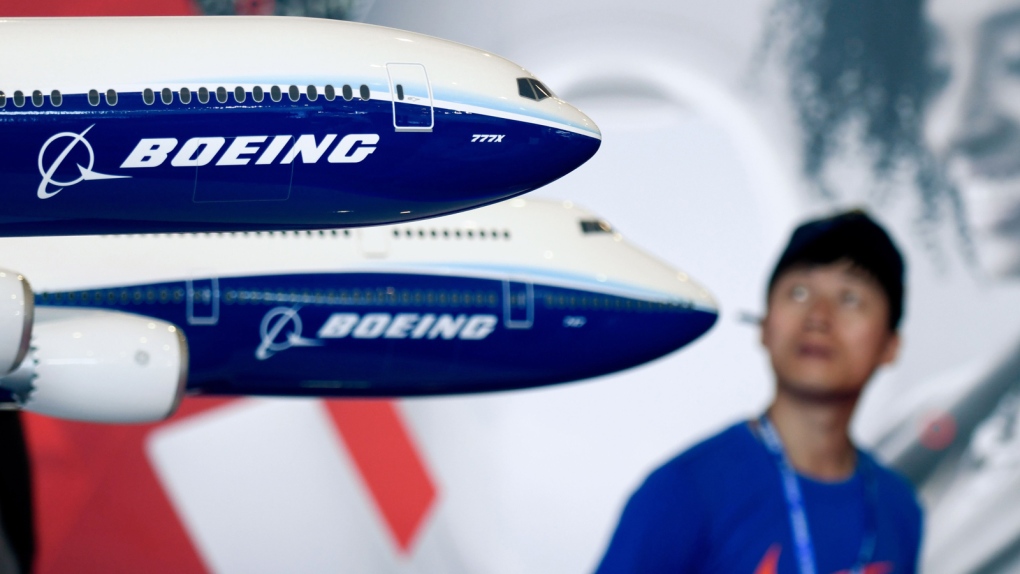 Boeing got another dose of bad news Tuesday, as it announced its 777X plane, which is still under development, failed a safety test.

No one was injured in the test, which took place Friday. It entailed bending the wings of the plane while it was parked on the ground. Boeing said the test bent the wings "to a level far beyond anything expected in commercial service," and that the problem occurred 99 per cent of the way through the test.

But during the test, the rear part of the fuselage depressurized, according to the Boeing statement. A person familiar with the test said one of the doors came off the plane. The company said it is now examining the test results to determine the cause of that problem.

Shares of Boeing fell from their high of the day on news of the failed test, but shares ended 3% higher, showing investors were not shaken by the report.

The plane is not yet in service, and its debut had already been pushed back because of problems with a new General Electric engine, the GE9X, the world's largest commercial jet engine. Boeing said it doesn't believe the failed test "will have a significant impact on aircraft design or on our overall test program schedule."

The 777X is a key product for Boeing. Its length, the longest on any commercial jet, will allow it to carry between 400 and 425 passengers in two classes, and fly routes of 7,600 nautical miles.

Boeing has already taken orders for 344 of the 777X jets.

The problems with the 777X come on top of more serious problems for Boeing's 737 Max, the company's best selling plane, which has unfilled orders for more than 4,500 of the jets.

Nearly 400 of the already delivered jets have been grounded since mid-March, following two fatal crashes that killed all 346 people on board. Boeing hopes to get approval to have the plane flying again by next month. A precise time frame for when regulators will allow it to fly again is unknown.

Boeing also released sales and delivery data for the month of August Tuesday. It showed only six new orders, compared to 99 during the same month last year. Part of that decline is because 2018 was a strong year for plane orders and many customers have already placed orders to fill their long-term needs.

But orders have been very low since the Max was grounded. Boeing has reported only 73 orders since the grounding, compared to 497 in the same period a year ago.

Two of the orders in the most recent month were to an undisclosed buyer who ordered the 787-9 Dreamliners. A source familiar with Boeing's order book confirmed those two orders represented a conversion of an earlier order for three of the 737 Maxs.