OTTAWA -- It was February 13, 2017 when Prime Minister Justin Trudeau officially met newly elected U.S. President Donald Trump in Washington for a routine walk through of the grounds of the White House.

Beyond being marked with awkward photo-ops, a notably firm handshake, and more talk of Trudeau’s trademark flashy socks, the star-studded event was the first time the two leaders spoke face-to-face about the shared values and interests of the two allied countries, while dodging obvious policy differences.

"Canada and the United States will forever be a model example of how to be good neighbours," said the prime minister during a press conference on that day, before being asked a question about the president’s newly introduced immigration ban against seven predominately Muslim countries.

"The last thing Canadians expect is for me to come down and lecture another country on how they choose to govern themselves."

Perhaps the standout moment of the visit was a roundtable discussion about women in business that included Trump’s famous daughter, Ivanka Trump, that prompted countless memes and social media posts showing Ivanka 'swooning' over Trudeau. 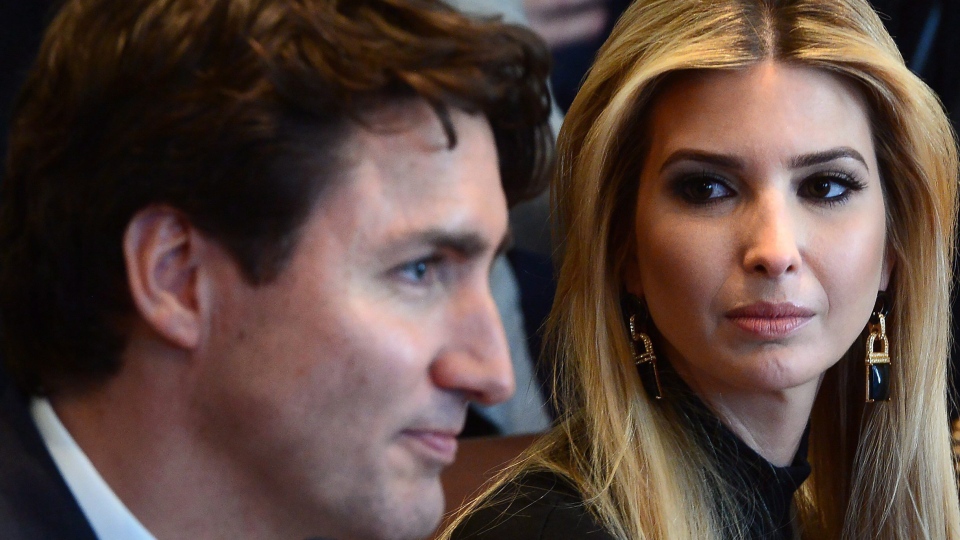 The relationship between the two leaders since that initial visit has been far from dull.

Fast forward a few months to May, 2017, when the Group of Seven came together for its annual gathering, this time in Sicily, Italy. Heading into the weekend all eyes were on Trump as the event was his first foray onto the global political scene.

While the leaders from Canada, France, Germany, Italy, Japan, the U.K., and the U.S. agreed to fight violent extremism – the meeting coming just days after a deadly terrorist attack in Manchester – Trump notably collided with his colleagues, including Trudeau, on issues like climate change and free trade.

Trump at the time said he wouldn’t commit the U.S. to the Paris Climate Agreement and has since formally given notice of his administration’s withdrawal.

"There are clearly some areas where the Canadian position may not be universally embraced," said then Foreign Affairs Minister Chrystia Freeland.

As opposed to the G7 summit prior, tensions were already sky high between Trudeau and Trump heading into the Charlevoix, Quebec meeting.

Just days before the June 8 summit kicked off, Trump introduced a 25 per cent tariff on Canadian steel and a 10 per cent tariff on aluminum in an "America First" pitch. At the meeting the president warned Canada and other trading partners not to impose retaliatory tariffs.

Trudeau fielded questions about the move throughout the course of the summit, at one point calling the levies applied to Canada "insulting."

"I have made it very clear to the president that it is not something we relish doing but is something we absolutely will do because Canadians, we’re polite, we’re reasonable, but we also will not be pushed around," said Trudeau during a press briefing.

The two also sparred about whether to include a sunset clause in a renegotiated trade deal, a provision American trade officials were advocating for.

"We are opposed to any sunset clause of any length," said Trudeau.

The exchange triggered Trump to withdraw the U.S. from the G7’s shared "ambitious communique," a decision he elaborated on during a subsequent flight to Singapore for meetings with North Korean representatives.

Based on Justin’s false statements at his news conference, and the fact that Canada is charging massive Tariffs to our U.S. farmers, workers and companies, I have instructed our U.S. Reps not to endorse the Communique as we look at Tariffs on automobiles flooding the U.S. Market!

He continued, saying that Trudeau acted "so meek and mild" and "very dishonest & weak" during the G7 meetings.

Trudeau’s team responded saying the prime minister hadn’t said anything new that he hadn’t said before, in public or private, to the president. 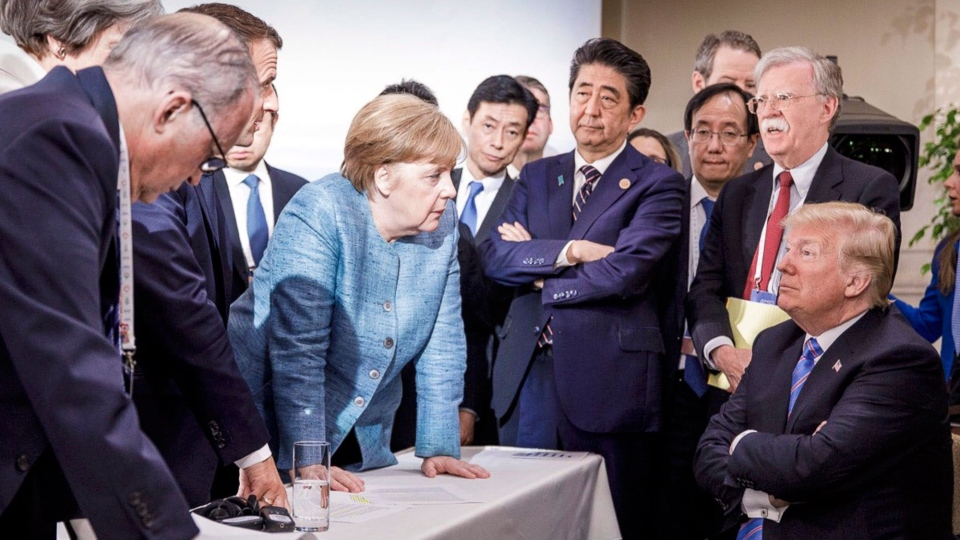 It was a brief but symbolic gesture – one you see in high school cafeterias or before a big board meeting. During a luncheon at the United Nations General Assembly in New York, the prime minister purposefully walked over to greet the president sitting at a table, who appeared to be looking at notes. Trump glanced over quickly, shook his hand, but didn’t stand up.

Trudeau urged the press, when asked about the incident, not to read too much into the situation.

"It was an interaction like so many are at the U.N., quick but cordial. There are all sorts of opportunities for me to speak with President Trump and that was not the time."

On the sidelines of the conference, Trump later said he was "very unhappy" about the ongoing trade negotiations and complained about the "negotiation style of Canada," referring to then-Foreign Affairs Minister Chrystia Freeland.

It’s now a little over a year later, a new trade deal between Mexico, the U.S. and Canada has been reached – although not ratified – and for the most part, the prime minister has managed to stay absent from the president’s Twitter feed.

The two sat down at the NATO meeting in London where Trump called Trudeau "a friend" and touted their "very good relationship." Trudeau also called the relationship "incredibly strong." 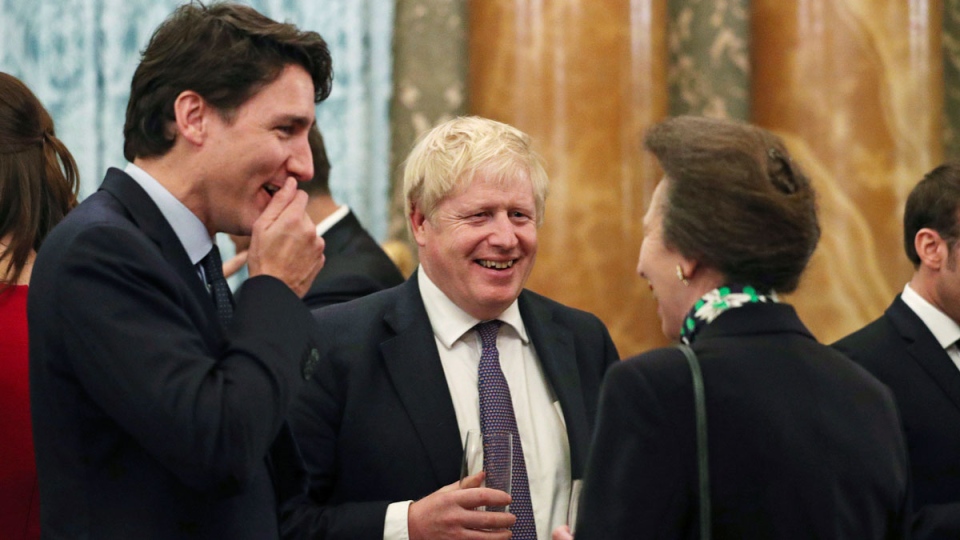 Not only did Trudeau face the wrath of Trump, who responded to the video calling him "two-faced," he faced a grilling from opposition members back home who worried the prime minister’s actions could have jeopardized the ratification of the new NAFTA.

Nevertheless, it was the kind of content ripe for Saturday Night Live parody.

There’s been no shortage of noteworthy interactions between the two leaders since the start of the New Year, mostly the result of a flurry of international crises including escalating tensions with China and a global pandemic.

Trudeau has been delicate, though, in his response to questions about Trump’s leadership navigating COVID-19. He’s avoided sharing his thoughts on the president’s criticism of public health directives, stating instead that the federal government in Canada has confidence in the work of its scientists and medical professionals.

And of course, there was Trudeau’s notable 21-second pause, after being asked to reflect on the president’s threat of military action to control anti-Black racism protests across the country.

According to Bolton, Trump only "tolerated" Trudeau but his personal feelings towards the prime minister "made it a lot harder to get things done." 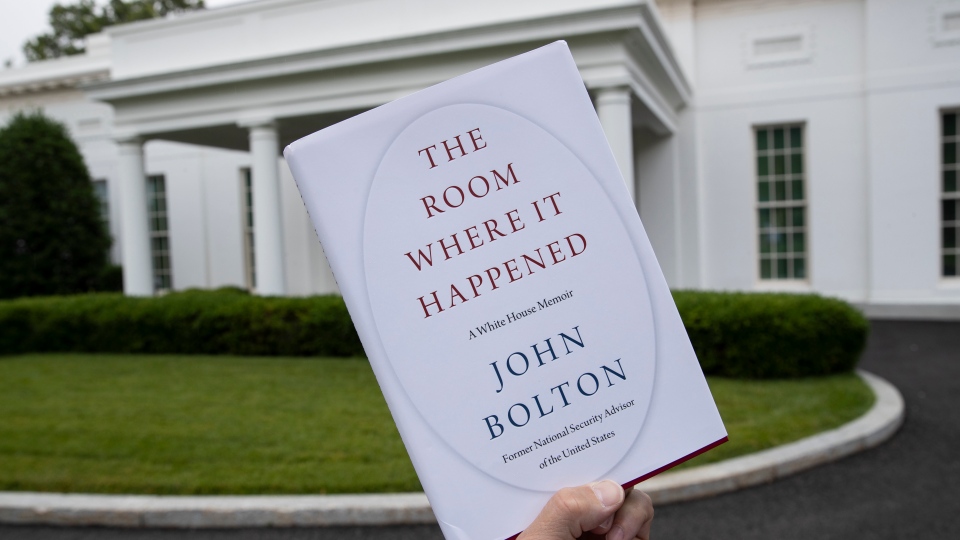 The countdown is on to November when American voters will decide whether Trump and Trudeau will part ways or be obliged to endure another chapter as political frenemies.