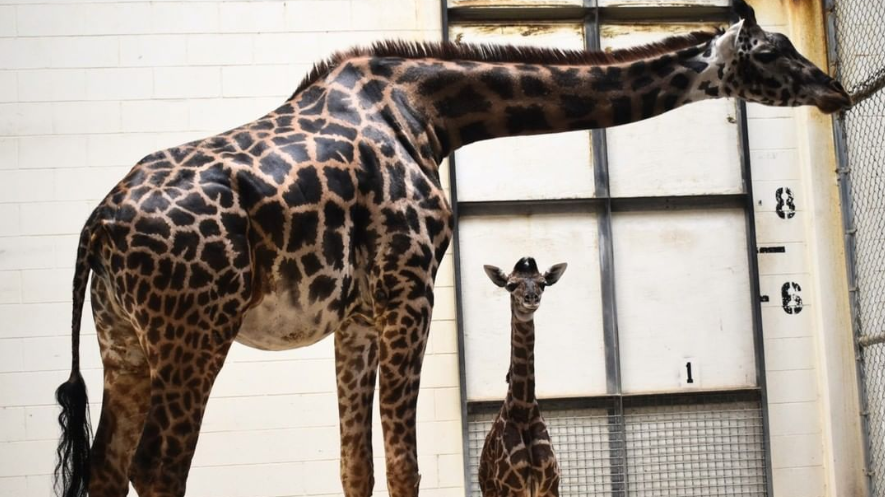 Visitors at the Virginia Zoo had the experience of a lifetime after a giraffe unexpectedly gave birth in front of them.

Imara, an endangered Masai giraffe, gave birth to her ninth calf on Sept. 9, according to a Facebook post from the zoo.

Masai giraffes, one of four giraffe subspecies, are categorized as "endangered" by the International Union for the Conservation of Nature. Found throughout Tanzania and Kenya, the giraffes have faced significant population decline due to poaching and habitat loss.

The newborn calf was born at 122 pounds and stood six feet tall; fitting, given giraffes are the world's tallest mammals.

The baby was named Tisa, which means "nine" in Swahili, as a nod to her mother's number of births and her birthday, according to a news release from the zoo.

Tisa is "healthy and full of personality," says the zoo. Shortly after she was born, guests were able to watch the newborn stand and start to nurse.

And as of Sept.19, she's already learning to run, says the news release.

Imara and the baby's father, Billy, were paired based on a recommendation from the Association of Zoos and Aquarium's Species Survival Plan, the zoo explained. Because the species is endangered, "the birth of this newest calf is especially important."

With Tisa included, the Virginia Zoo is now home to a total of five giraffes.