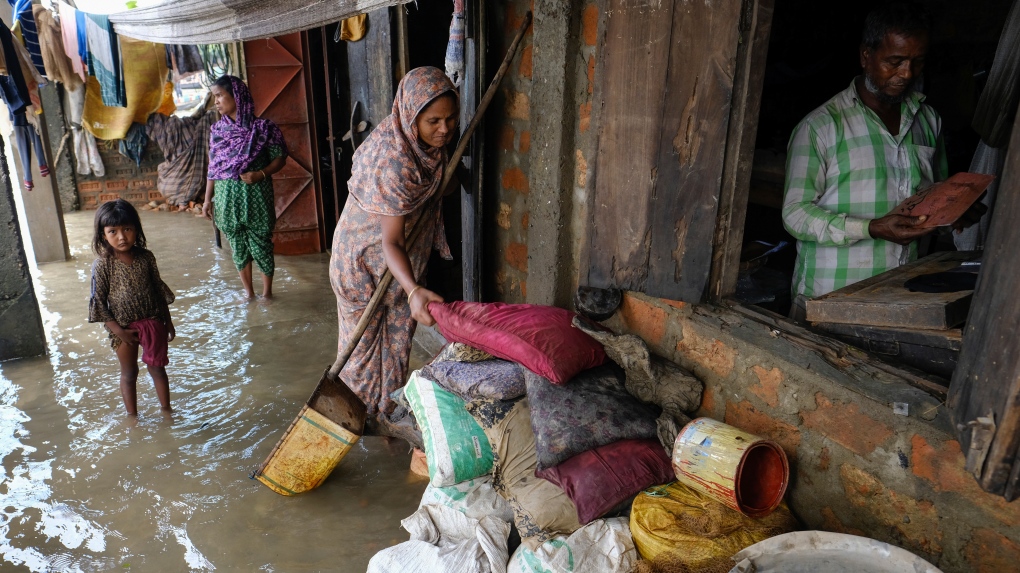 More than seven million people in Bangladesh are in desperate need of shelter and emergency relief after what one aid agency has described as the worst flooding to hit South Asia in living memory.

Hundreds of thousands of homes near the Bangladesh-India border are underwater, and in the worst-hit areas whole neighbourhoods have been submerged, aid agencies said Tuesday.

At least 207 people in both countries have died since the floods began in April, according to official figures.

Torrential rain has caused rivers in Bangladesh – a densely populated delta nation – to overflow, submerging areas that border the Indian state of Meghalaya, according to the International Federation of Red Cross and Red Crescent Societies (IFRC).

Some 94% of Bangladesh's Sunamganj town and 84% of the surrounding Sylhet district are now submerged, the IFRC said. Roads leading to the region have been largely cut off and there are power cuts even in areas not underwater.

Save the Children said the floods had "washed away homes, schools and livelihoods," damaging at least 93,000 homes and 419 primary schools in Sylhet in May alone.

"We have never seen this sort of flooding in our living memories in that region," said Bangladesh Red Crescent Society secretary-general Kazi Shofiqul Azam.

Bangladesh has about 700 rivers, making it particularly vulnerable to flooding during extreme weather events. The IFRC estimated the total number of people in Bangladesh in need of aid at 7.2 million.

Meanwhile, in the eastern Indian state of Assam, which neighbours Bangladesh, flooding has displaced more than 270,000 people, according to authorities.

Parts of Meghalaya state have experienced the most rainfall in decades, which has caused large river systems running between India and Bangladesh to overflow and inundate surrounding areas.

The Bangladesh Red Crescent is spending $10 million on relief and recovery operations. Volunteer teams on the ground have been distributing food and drinking water.

The IFRC has launched an emergency appeal to raise a further $7.8 million, which it says could help another 300,000 people.

Aid agencies say those communities worst affected by flooding tend to be those that are already impoverished.

A recent study on rodents has found testosterone, despite being commonly associated with aggression, can also foster friendly behaviours in males.