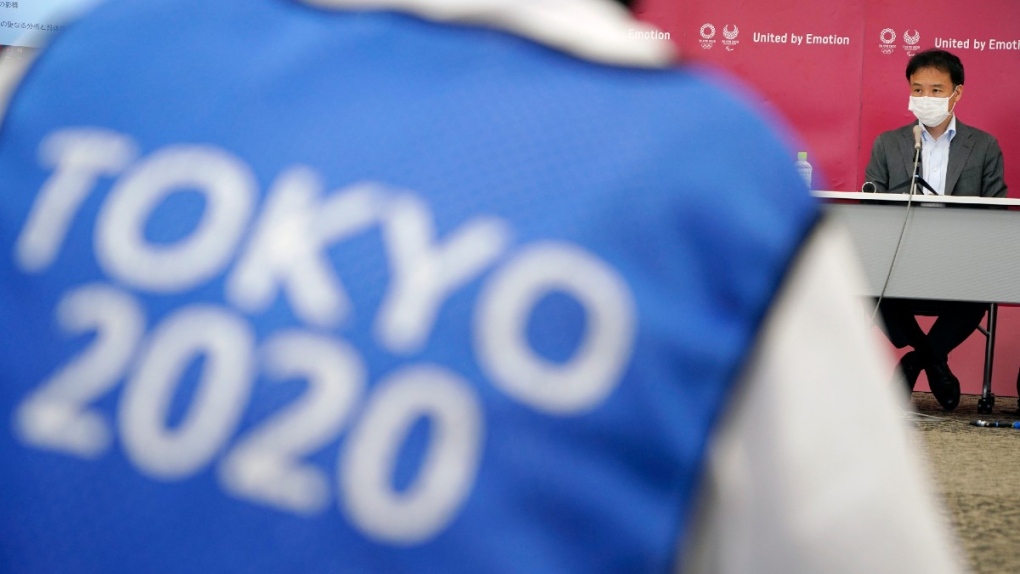 The latest allegations of dubious payments center on 15 million yen (US$104,000) Takahashi and another official received from Daiko Advertising Inc., based in Osaka, central Japan, Tokyo District Prosecutors said in a statement.

The arrests, coming on the same day as the state funeral for former Prime Minister Shinzo Abe, which is drawing foreign dignitaries including IOC President Thomas Bach and U.S. Vice President Kamala Harris, underline the determination of the prosecutors to get to the bottom of the Olympic scandal.

Japanese culture usually favors "saving face," and embarrassment on the international stage tends to be avoided. The arrests are also likely a setback for Japan's ambitions in bidding for the 2030 Winter Olympics for Sapporo.

A Daiko official was also arrested. Daiko apologized for the arrests, "for the trouble to customers and stakeholders," and promised to cooperate with the investigation.

Daiko is the third company in the widening Olympic scandal, after Aoki Holdings, a clothing company that dressed the Japanese Olympic team, and major publisher Kadokawa.

With more than 50 companies that sponsored the Tokyo Olympics, speculation is rife about a string of arrests that could continue for months.

Takahashi, 78, a former executive at advertising company Dentsu, has been detained since his initial arrest on Aug. 17 on bribery suspicions from Aoki totaling 51 million yen ($350,000).

Aoki, which makes cheap suits, was a surprise pick to create the team outfits. Three Aoki officials were also arrested.

The sponsorship allowed Kadokawa to publish programs and other books related to the Tokyo Olympics. Also arrested were two Kadokawa officials.

Kazumasa Fukami, the head of a consulting firm who was arrested with Takahashi in the Kadokawa case, was re-arrested in the Daiko case.

Prosecutors say Takahashi acted in ways to favor the companies in business benefits related to the Olympics in return for the bribes.

Dragging out a suspect's time in detention, by adding more charges, which is common in Japan, has been widely criticized by human rights activists as "hostage justice." Analysts say Takahashi, if freed on bail, may destroy evidence.

Takahashi had enormous clout in arranging Olympic sponsorships, although he left the Dentsu board in 2009. He has not been available for comment.

Tokyo hosted the Olympics and Paralympics in the summer of 2021, after a one-year postponement because of the pandemic. The official price tag was $13 billion, mostly public money. Critics say the burden on taxpayers may have been greater.