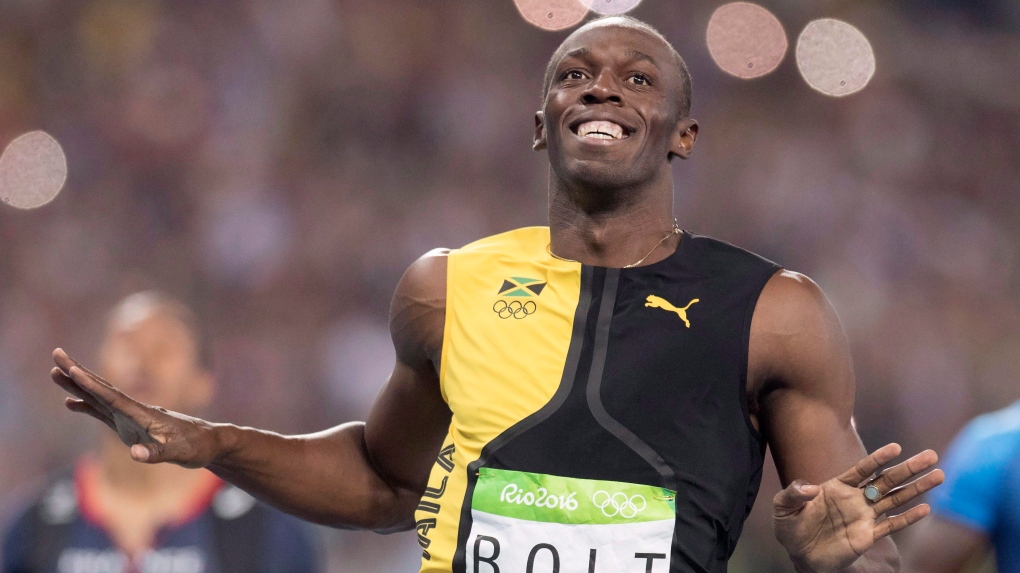 Jamaica's Usain Bolt celebrates gold in the men's 100-metre final during the athletics competition at the 2016 Olympic Summer Games in Rio de Janeiro, Brazil in this August 14, 2016 file photo. THE CANADIAN PRESS/Frank Gunn

Bolt shared the news on social media on Father's Day with a photo of the newborns, partner Kasi Bennett and daughter Olympia Lightning who was born in May last year.

The 34-year-old sprinter, who holds world records in the 100m and 200m, added lightning bolt emojis next to each of his children's names.

The choice of the children's names took social media by storm.

"Listen, when your name is Bolt and you're the fastest man alive, the universe is telling you to do all the cool things with the baby names," wrote a Twitter user.

An 11-time world champion, Bolt retired after the 2017 World Championships in London where he suffered a hamstring injury in the final race of his career. (Reporting by Manasi Pathak in Bengaluru; Editing by Alison Williams)