Habs forwards Drouin, Byron to undergo surgery, will be out indefinitely 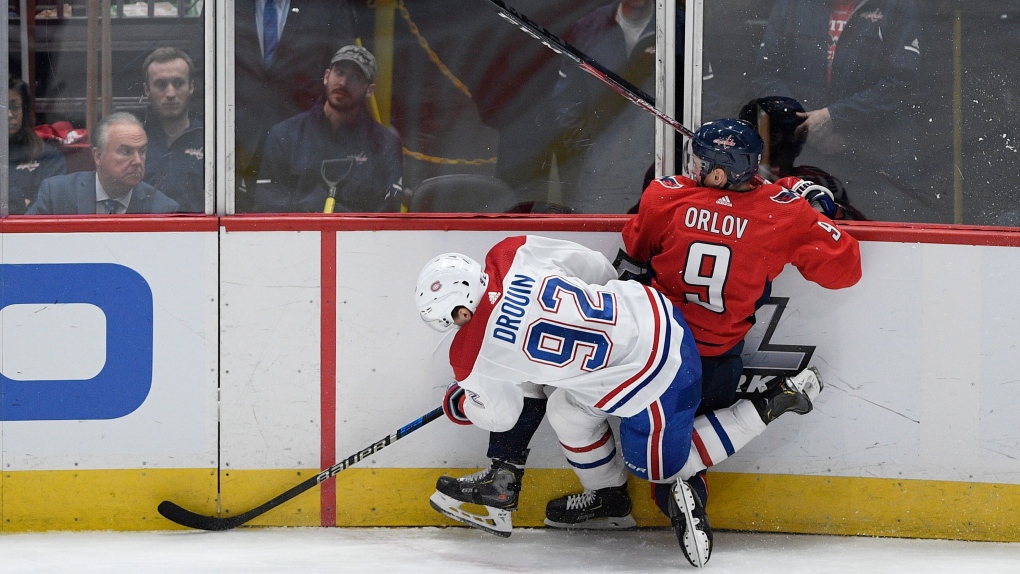 Montreal Canadiens coach Claude Julien says forwards Jonathan Drouin and Paul Byron are scheduled to undergo surgery and will be out indefinitely.

Drouin suffered a wrist injury and Byron hurt his knee in the Canadiens' 5-2 win at Washington on Friday.

Drouin was levelled by a thunderous check by Capitals star Alex Ovechkin in the second period, though the Canadiens say his injury came from an unrelated play in the third period.

"Obviously, he's one of our best players," Canadiens forward Max Domi said. "To be missing him now, it's a tough pill to swallow. Other guys are going to have to step up. ... We all know we have the character in here for guys to step up.

He acknowledged it's a tough blow for Drouin, who was off to a strong start with seven goals and eight assists in 19 games.

"We're in a sport where injuries unfortunately happen," Julien said. "We're just going to hope it's shorter than longer and we're going to hope he comes back the way he left us."

Byron limped to the locker room late in the game at Washington. He has one goal and three assists.

"Injuries are going to happen along the way," Canadiens defenceman Jeff Petry said. "It's our responsibility in here for each guy to step up a little bit and pick up a little bit more to take care of that."

Montreal, riding a six-game point streak, is in Columbus on Tuesday to face the Blue Jackets before returning home to meet the Ottawa Senators on Wednesday.