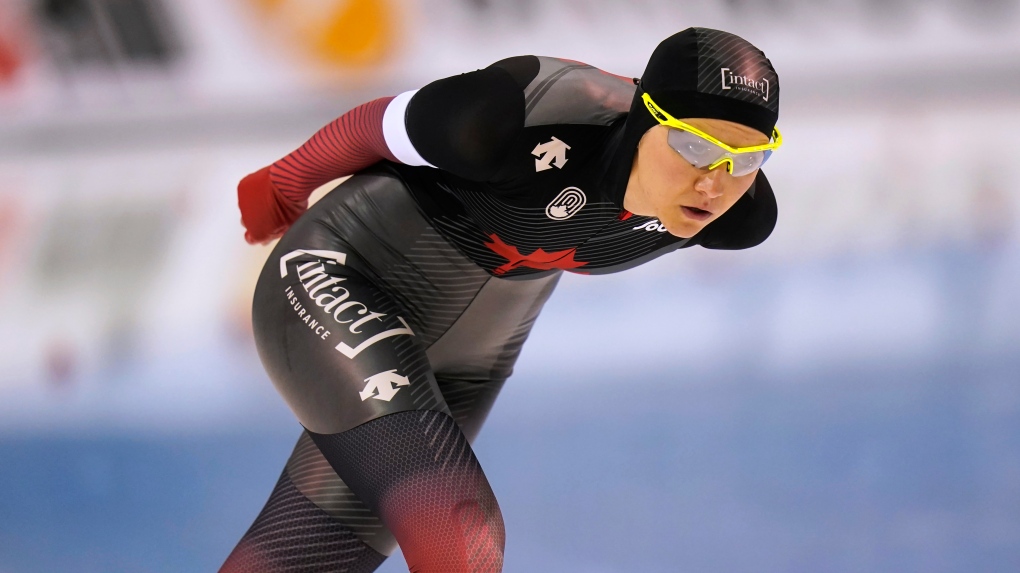 Canada won gold in the women's team pursuit on Saturday while American Erin Jackson lost a 500-metre World Cup race for just the second time this season, hesitating after what she thought was a false start.

Ivanie Blondin and Isabelle Weidemann, both from Calgary, and Valerie Maltais of Saguenay, Que., finished first in the pursuit in two minutes 52.412 seconds.

Andzelika Wojcik of Poland won gold in the 500 in 36.775 seconds at the Utah Olympic Oval. Angelina Golikova of Russia was second at 36.786, repeating her finish in Friday's first 500. Olga Fatkulina of Russia was third at 36.937.

"I had what I think is a bit of a false start, but it wasn't called back," she said. "Mentally, when I had that disturbance at the start then I was just kind of scrambling the rest of the race. It just comes down to being able to refocus after something like that."

Jackson still leads the World Cup standings with 332 points, 36 ahead of Golikova. Jackson swept the 500 races at the season-opening meet in Poland. She earned a split in Norway and again on her home ice in Utah.

"I felt a little weird this morning, a little nauseous, just maybe nerves got the best of me because I've really been focusing on this 15, especially this one at home," he said. "I had my eyes on the world record. I could have attacked the second lap a little more aggressively, but without the help from the air pressure, I don't think the world record was even possible today."

Zhongyan Ning of China was second at 1:41.386, also a personal best. Thomas Krol of the Netherlands was third and Connor Howe of Canmore, Alta., was sixth.

Mantia came back later to finish 10th in the mass start.

"I was just too tired," he said. "I couldn't do anything in the race."

Bowe and Takagi are tied atop the World Cup standings with 168 points each.