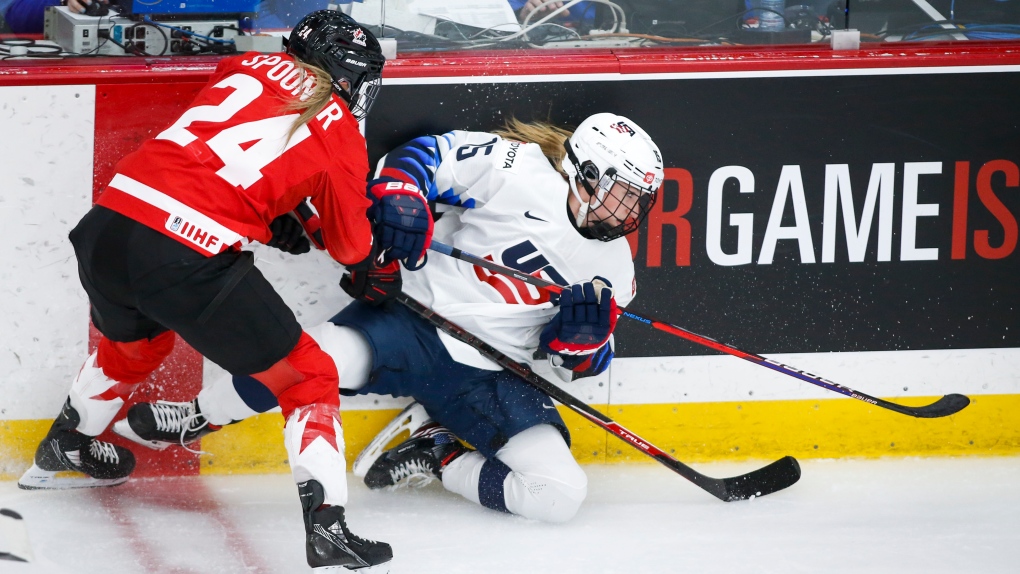 Games that will determine the roster of Canada's 2022 Olympic women's hockey team will include nine against archrival United States.

Canada opens its pre-Olympic series against the U.S. on Friday in Allentown, Pa., followed by another clash Monday in Hartford, Conn.

The Canadians meet the Americans for the first time since edging them 3-2 in overtime for the gold medal in the women's world championship final Aug. 31 in Calgary.

Canada's women won four straight Olympic hockey gold medals from 2002 to 2014 before the U.S. beat the Canadians in a shootout for the title in 2018.

Six skaters will be released in December to get to the 23-player Olympic roster.

Canada travels to Finland for a three-game series against its women's national side Nov. 11-14.

The Canadians host the Americans on Nov. 21 in Kingston, Ont., and Nov. 23 in Ottawa.

The series wraps in Canada on Jan. 3 in Edmonton and Jan. 6 in Red Deer, Alta..

A pair of games against an all-star team of the Professional Women's Hockey Players' Association (PWHPA) are scheduled for December with dates yet to be confirmed.

The women's schedule released Thursday by Hockey Canada also includes three more games against male Junior A clubs: Oct. 29 against the Olds Grizzlies; Nov. 3 against the Camrose Kodiaks; and Jan. 10 versus the Calgary Canucks.

The Canadian women lost two games to B.C. junior teams earlier this month and dropped another game to an AJHL club earlier this week.

"We believe we have put together a plan that will challenge us physically and give us a level of competition that pushes our team to be at our best," said Gina Kingsbury, Hockey Canada's director of women's hockey operations.

"This is an opportunity to evaluate ourselves as we face high-calibre teams, and we are grateful to all the groups who are part of our journey."

This report by The Canadian Press was first published Oct. 21, 2021.