Canada's Andreescu, Shapovalov both ousted from second round of Wimbledon

Canada's Andreescu, Shapovalov both ousted from second round of Wimbledon 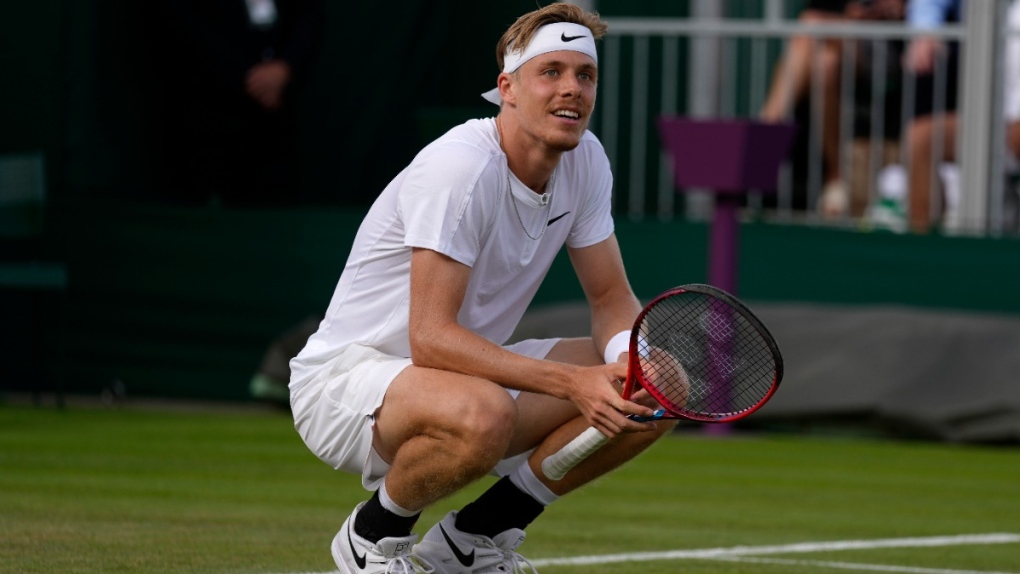 Canada's Denis Shapovalov pauses as he plays Brandon Nakashima in a second round men's single match on day four of the Wimbledon tennis championships in London, on June 30, 2022. (Alastair Grant / AP)
LONDON -

Canadians Bianca Andreescu and Denis Shapovalov were both eliminated from Wimbledon after suffering second -round losses at the All England Tennis Club on Thursday.

“I didn't expect for her serve to be that good â€¦ she did play well, and she was getting to a bunch of balls. She was pretty solid, both sides. She played a really great match,” said Andreescu.

The 23-year-old Rybakina, seeded 17th in the women's draw, will next meet China's Qinwen Zheng, 19, in the tournament's third round.

Andreescu, 22, advanced to the second round at the All England Tennis Club for the first time in her career after breezing past American Emina Bektas 6-1, 6-3 in Tuesday's opener.

Shapovalov, seeded 13th in the men's draw, committed eight double faults in his loss to Nakashima.

Shapovalov, 23, reached the semifinals at the All England Club last year, his best result at a Grand Slam tournament.

The 20-year-old Nakashima, who is ranked 56th in the world, will next face Daniel Elahi Galan. The Colombian advanced to the third round when Roberto Bautista Agut withdrew from the tournament after testing positive for COVID-19.

Ottawa's Gabriela Dabrowski, the only Canadian left at Wimbledon, will be playing in the second-round doubles draw tomorrow. Dabrowski and partner Giuliana Olmos of Mexico, the tournament's No. 3 seeds, will face off against Marta Kostyuk of Ukraine and Tereza Martincova of the Czech Republic.

Dabrowski and Olmos dispatched the duo of Yanina Wickmayer of Belgium and Yulia Putintseva of Kazakhstan 6-7, 6-3 and 6-2 in their first round match on Thursday.

With a file from the Associated Press.

This report by The Canadian Press was first published June 30, 2022