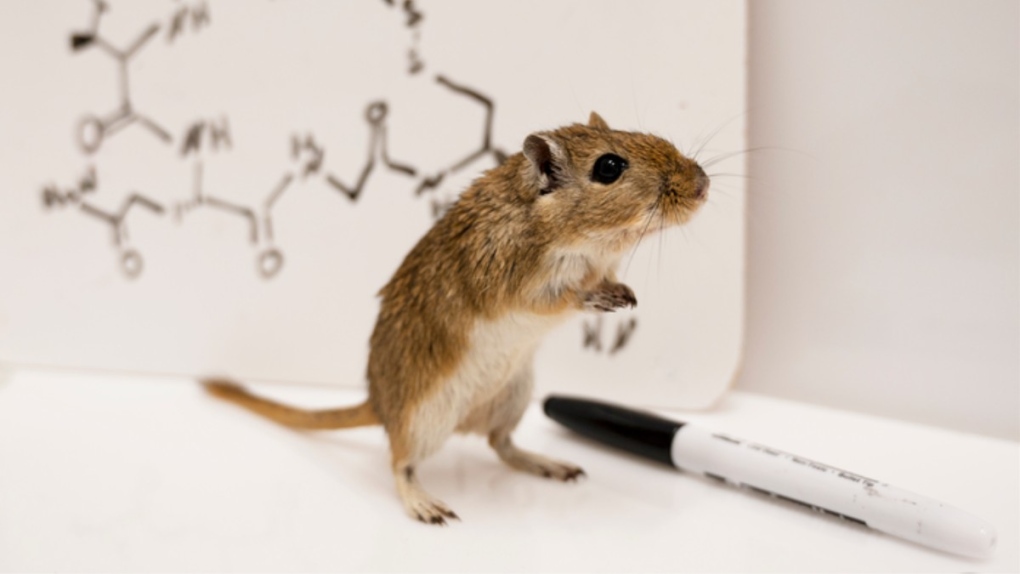 A recent study on rodents has found testosterone — despite being commonly associated with aggression — can also foster friendly behaviours in males.

For the study, published in the peer-reviewed journal The Proceedings of the Royal Society B, neuroscientists from Emory University in Atlanta, Ga., looked at how the hormone affects Mongolian gerbils, with the results showing testosterone has the ability to promote aggression, as well as "cuddling" behaviour.

"For what we believe is the first time, we've demonstrated that testosterone can directly promote non-sexual, pro-social behaviour, in addition to aggression, in the same individual," Aubrey Kelly, assistant professor of psychology at Emory University and first author of the study, said in a press release.

"It's surprising because normally we think of testosterone as increasing sexual behaviours and aggression. But we've shown that it can have more nuanced effects, depending on the social context."

The scientists chose to study Mongolian gerbils due to their tendency to form lasting pair bonds and raise their pups together.

While males can be aggressive during mating, the researchers say they will increasingly cuddle after a female becomes pregnant, along with being protective of their pups.

For the study, the scientists waited for a male and female gerbil to form a pair bond and for the female to become pregnant, after which the males displayed their usual cuddling behaviours. The researchers then gave the males an injection of testosterone.

While they expected the testosterone to reduce cuddling behaviour in the males, the researchers say the male gerbils became even more cuddly and pro-social with their partners — becoming more of a "super partner" in this context, Kelly said.

As a follow-up, the researchers removed the females and introduced an unknown male.

Similarly, the males who had received a testosterone injection were friendlier to their intruders.

However, this changed when the male subjects received another testosterone injection. Once this happened, they exhibited the typical chasing and avoidance behaviours you would see if an intruder were present.

"It appears that testosterone enhances context-appropriate behaviour," Kelly said. "It seems to play a role in amplifying the tendency to be cuddly and protective or aggressive."

The researchers say testosterone may be priming the male gerbils to be more social in the future, even with other males, and potentially allow them to pivot quickly between pro- and anti-social behaviours depending on the social context.

The study also looked at the influence of testosterone on oxytocin cells, which the researchers described as the so-called "love hormone" associated with social bonding.

Their research found that male subjects who received testosterone injections produced more oxytocin activity in their brains while with their partners, compared to males who did not receive an injection.

"We know that systems of oxytocin and testosterone overlap in the brain but we don't really understand why," Kelly said. "Taken together, our results suggest that one of the reasons for this overlap may be so they can work together to promote pro-social behaviour."

While the researchers say human behaviour is much more complex than Mongolian gerbils, their hope is the study will complement research in other species, including humans.

"Our hormones are the same, and the parts of the brain they act upon are even the same," Richmond Thompson, a neuroscientist at Emory University's Oxford College, a co-author of the study and Kelly's husband, said.

"So, learning how hormones like testosterone help other animals adjust to rapidly changing social contexts will not only help us understand the biological nuts and bolts that affect their behaviour, but also predict and ultimately understand how the same molecules in human brains help shape our own responses to the social world around us."

As the holiday season approaches, food banks across Canada are desperate for donations due to an increasing amount of clients. As inflation hits all Canadians, those who feel the impact most are the vulnerable communities with the highest food insecurity rates.

A dating app for Conservatives is now live, and already facing backlash

“No democrats!” multiple women say when asked what they're looking for in an advertisement for the Right Stuff, a dating app for Conservatives backed by Paypal co-founder Peter Thiel, which launched in the U.S. last week.

Hockey Quebec says it has lost confidence in Hockey Canada and will not transfer funds to the national organization. The provincial federation confirmed that its board of directors adopted a motion Tuesday night saying it does not believe Hockey Canada's current structure can change hockey culture.

Tom Mulcair: What Legault's win might mean for the future of Canada