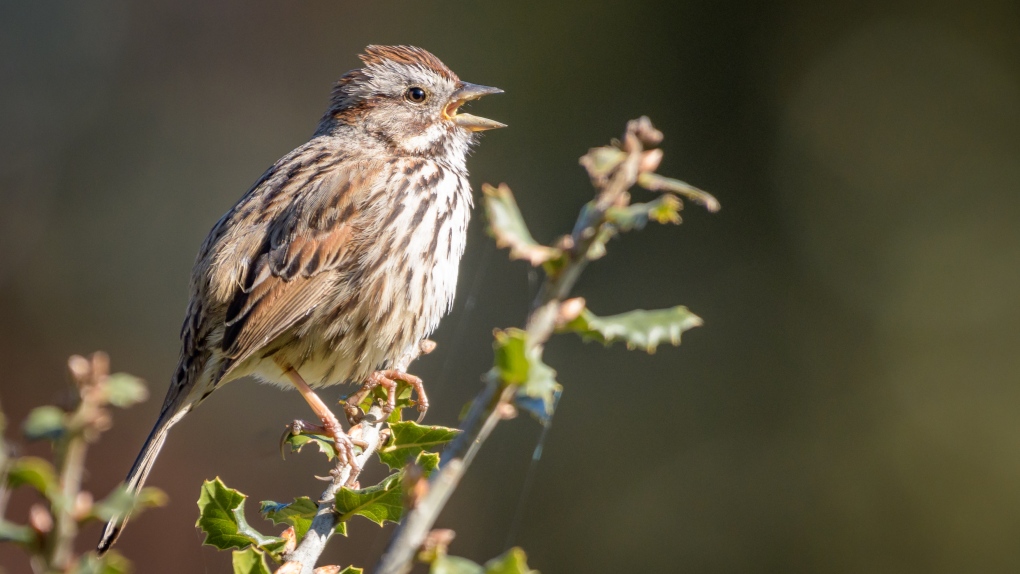 Humans have long made playlists to express their love towards a potential partner, and new research suggests some birds not only do the same, but can rotate the order.

Male song sparrows, found throughout North America, use their tweets to attract mates. Previous research suggests the sparrows can have up to 12 two-second songs in their repertoire, which they repeat a few times before moving on to the next song.

This "cycle" of songs acts like a playlist and can last for up to 30 minutes. Once it is over, the sparrows will change the order of the songs in the playlist each time it is sung.

What was not previously known is whether or not this re-ordering of the playlist was "by accident or design," according to a Duke University post on the research by Stephen Nowicki, a biologist at the university, which was published in Proceedings of the Royal Society B this week.

In order to collect the data needed to answer this question, Nowicki's research partner William Searcy, an ornithologist and biologist at the University of Miami, hiked into the backwoods of northwest Pennsylvania with equipment to record hours of the birds' songs.

The research team took these songs and plotted them visually, looking to identify each song, how often it was sung, and in what order.

This analysis indicated that male song sparrows keep track of their tweets intentionally, as the males generally sing through their entire repertoire before repeating any of their songs. It also indicated that the longer the sparrows sing a particular two-second song, the longer they would wait before singing it again.

Both of these findings suggest that sparrows actually design their playlists, rather than randomly cycle through their songs. It also suggests that song sparrows have “long-distance dependencies,” or a rare talent for memory. If what a sparrow sings depends on what he sang 30 minutes ago, then that is a 360-times larger memory capacity than the next longest memory capacity found in birds. The canary can only remember up to the last five to 10 seconds of its playlist.

The results also suggest that the song sparrow could have a strong "generative grammar" to its tweets. Generative grammar, or "universal grammar," is a theory usually attributed to American linguist Noam Chomsky. The theory states that human language is shaped by certain structures and rules innate in the brain.

The possible presence of long-distance dependencies and generative grammar could mean that the communication between song sparrows is closer to human syntax than originally thought. This combination, according to Nowicki's study, has "not previously been described in any animal signalling system."

What is less clear is whether or not this increases the male song sparrow's odds at finding a mate over other songbirds.