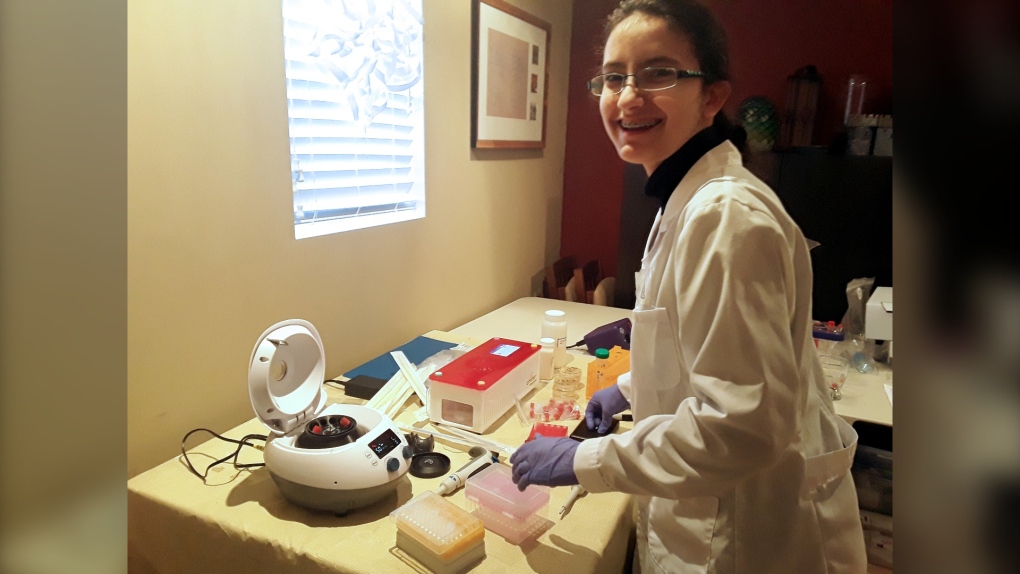 TORONTO – A 14-year-old Ontario scientist, whose work could help future space colonists, will talk about her bio-engineering breakthroughs at the Massachusetts Institute of Technology this weekend.

Patricia Rea travelled to MIT on Friday for the 2019 Global Community Bio Summit. The clever Markham, Ont. teen has been praised for her award-winning extracurricular experiments and research involving yeast and proteins, which could help as a food source for space explorers.

“NASA and SpaceX hope to get a colony on Mars and the moon, which is challenging for a lot of reasons,” Rea told CTVNews.ca in a phone interview.

“Radiation, extreme cold and heat plus no oxygen makes it hard for anything to live. My research involves how proteins fold and function.“

Rea‘s research includes testing her bio-engineered proteins in extreme temperatures like liquid nitrogen, which drops to an icy -196 C.

Her sample protein dropped in liquid nitrogen had a survival rate of one or two per cent, she said. But the survival rate jumped to about 50 per cent when the temperate was a relatively warmer -80 C.

Mars has an average temperature ranging from 20 C to -73 C across its equator, Rea explained. At its poles, temperatures drop to a bitter -153 C, with the average floating around -63 C.

Her work could also be applied back here on Earth with biodegradable plastics and clothing.

Rea’s parents, Jim and Susan, are understandably proud of their daughter. They helped foster her love of science by buying a genetic engineering easy-bake oven kit from Alberta-based education company Amino Labs, which makes custom chemistry and genetic engineering kits for children and schools.

“She was always interested in biology,” Jim told CTVNews.ca.

“When she was three or four, she would play with magnifying glasses and she’s always been interested in space, which has turned into a love of science fiction.

“She has a lot of fun. She’s fun. We’re really blessed. She has a 10-year-old brother too, they have lots of questions. We couldn’t ask for anything more rewarding as a parent.”

And the young Rea didn’t necessarily inherit her flair for science from her folks. Jim works in corporate communications and Susan in art direction.

Meanwhile, Rea has kept in touch with the scientists from Amino Labs and gets homework from her mentor there, head scientist Justin Pahara, with whom she brainstorms and discusses lab protocols with over a video call.

She’s been working hard this week in preparation for the summit. She even received special permission from Markham District High School to take the week off.

The high schooler will give four five-minute presentations at the Bio Summit before setting up a stall to explain her work and encourage more young people to study STEM subjects.