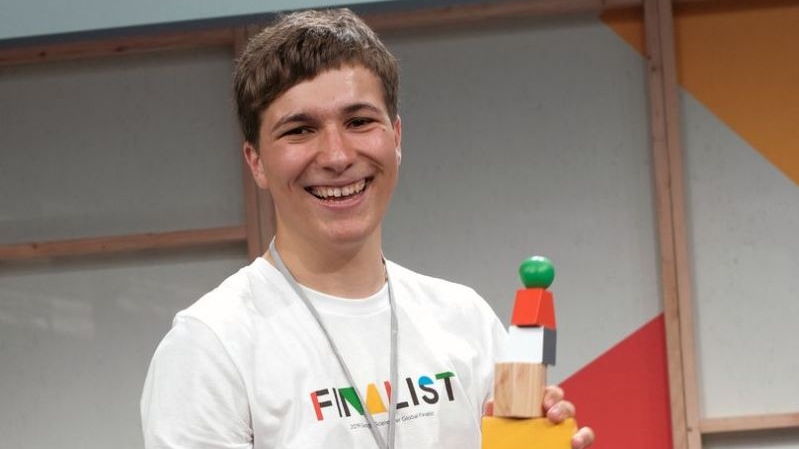 Irish teen Fionn Ferreira has won the US$50,000 top prize at the 2019 Google Science Fair for his project that uses magnets to remove microplastics from water. (Google)

An Irish teen has won the US$50,000 top prize at the 2019 Google Science Fair for his project that uses magnets to remove microplastics from water.

His project investigated a new method to extract microplastics from water using ferrofluid, a liquid made of oil and magnetite which sticks to plastics allowing it to be removed using magnets.

"My project came about as I was constantly hearing about plastic pollution on the news, and as I live by the sea in West Cork I was also seeing the real effects on our beaches every day,” Ferreira told the Irish Mirror.

"I discovered to my dismay that at present no screening or filtering for microplastics takes place in any European wastewater treatment centres, so I started looking around for a solution."

In a video uploaded to YouTube, Ferreira demonstrates his technique by first adding plastic into water.

He then adds oil, stirs and drops magnetite into the mix. Finally, he removes the oil, plastic and magnetite using a magnet until the water is completely clear.

As well as being an award-winning scientist, Ferreira works as a curator at the Schull Planetarium in Cork, has won 12 science fair awards, speaks three languages fluently, plays the trumpet at orchestra level and even has a minor planet named after him by the MIT Lincoln Laboratory, according to the Mirror.

Other awards at the eighth-annual Google Science Fair went to students with ideas including a way to harness energy from tree vibrations and an affordable non-invasive way to test blood sugar levels.