When it comes to launching satellites into orbit, about a dozen countries have their own homegrown launch vehicles that can get them into space. Canada is not among them.

However, a husband and wife team from Ontario are aiming to change that. The couple, who are the founders of SpaceRyde, have opened their own rocket factory north of Toronto.

“This would be a first for Canada,” says CEO Sohrab Haghighat. “And this would also be a first for the world that a private rocket at this price is going to be offered.”

Haghighat and his wife Saharnaz Safari have been developing their launch system for the last four years, initially building a prototype in a garage. Now they have the backing of the Canadian Space Agency and employ more than 30 people.

“It’s going to be historic for Canada getting to space on our own Canadian rocket,” says Safari, who is also the company’s chief operating officer and a graduate of the University of Waterloo.

Their made-in-Canada idea to get to space is unique. They plan to use a high-altitude balloon to carry a small rocket three times higher than most commercial airliners fly. From there the carrier and some smart software will aim the rocket in the right direction, the engine will fire and the rocket will carry its payload into space.

Catching a ride on a balloon means the rocket can avoid the stress of travelling through dense layers of the atmosphere. It would require less fuel, be more environmentally friendly and be cheaper. Their target price to deliver a payload is $250,000, and they would be able to deploy satellites anywhere from a shoebox size, up to about as big as a mini fridge.

“It’s a really sharp idea and it gives you a lot of flexibility that other rockets don’t have,” said former Canadian astronaut Chris Hadfield. 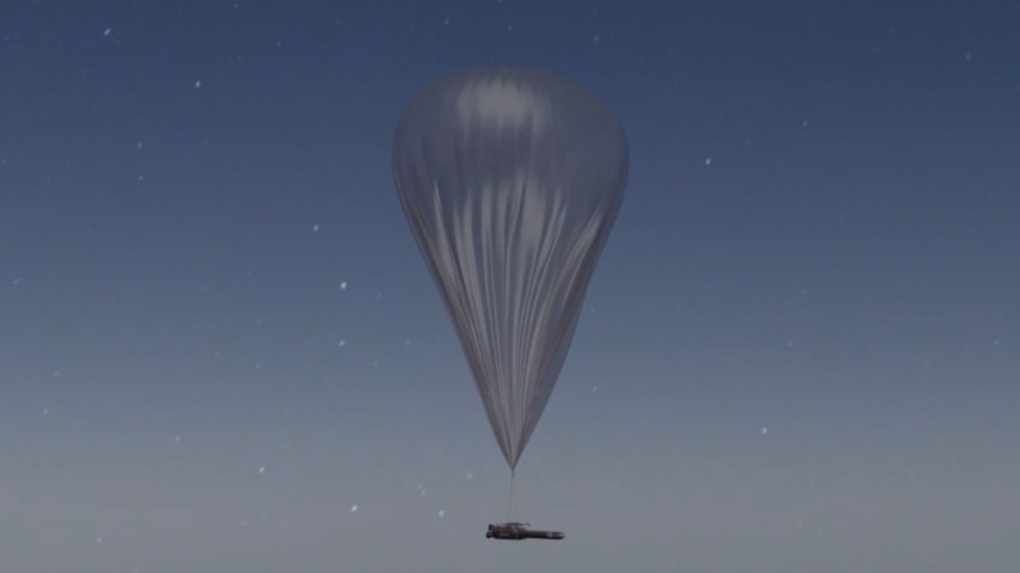 A balloon will take a rocket into the atmosphere before shooting it off into space. (SpaceRyde)

Eventually they plan to build a network of small space vehicles that could stay in orbit, and be able to carry tools and supplies to the moon and beyond.

The company plans to launch its first satellite next year and is aiming to make launches from Canadian soil frequent.

“In the next few years we are looking at weekly launches, but ultimately daily,” says Safari.

Her husband, who studied aerospace engineering at the University of Toronto, says he really wants to see Canada have the capability to deliver its own satellites to space.

"In a few years when I read a space book to my son, he's not going to ask me why there is no rocket with a Canadian flag on it. I'm excited."