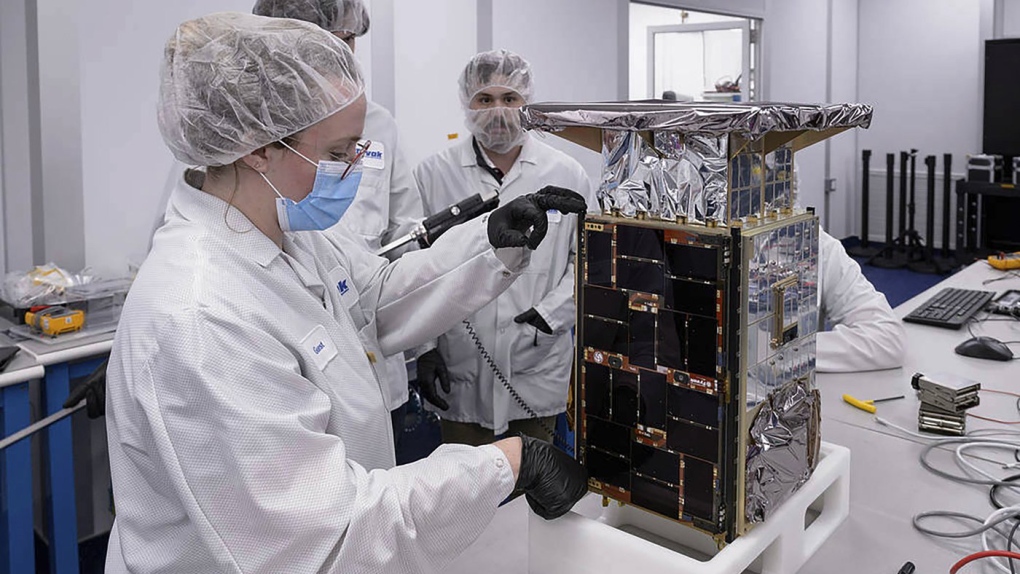 WASHINGTON -- NASA said Wednesday that contact has been restored with its US$32.7 million spacecraft headed to the moon to test out a lopsided lunar orbit.

Contact was lost after one successful communication and a second partial one on Monday, after the spacecraft left Earth's orbit on its way to the moon, the space agency said.

The spacecraft spent nearly a week circling the globe after launching from New Zealand on June 28.

According to NASA, data shows “the spacecraft is in good health and operated safely on its own while it was out of contact with Earth.” The cause of the communications drop-off is under investigation.

The 55-pound satellite is the size of a microwave oven and will be the first spacecraft to try out this oval orbit, which is where NASA wants to put its Gateway outpost. Gateway would serve as a staging point for astronauts before they descend to the lunar surface.

The orbit balances the gravities of Earth and the moon and so requires little maneuvering and therefore fuel and allows the satellite - or a space station - to stay in constant contact with Earth.