Ottawa wanted all of Canada speaking with one voice on NAFTA: emails 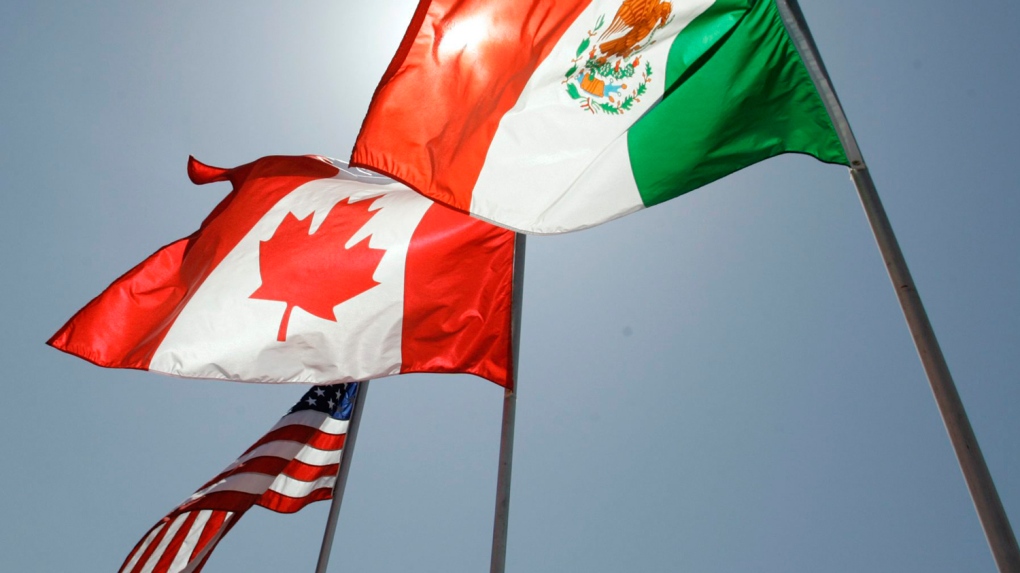 Ottawa issued talking points to help ensure even the provinces and territories were all speaking with one voice on NAFTA.

OTTAWA -- The Liberal government has been orchestrating the Canadian approach to the North American Free Trade Agreement talks so carefully that at one point, Ottawa issued talking points to help ensure even the provinces and territories were all speaking with one voice.

The email inbox of Steve Verheul, Canada's chief NAFTA negotiator, shows the Global Affairs Canada had prepared message lines for other levels of government on the very day last summer that the U.S. first released goals for a new trilateral deal.

"Canada's position is that any modernization of NAFTA will need to take the North American relationship forward," said one of the proposed lines.

The Canadian Press obtained the emails in response to an access-to-information request.

The package included facts and figures on how the U.S. benefits from trade with Canada, but suggested little be said when asked about specific topics U.S. Trade Representative Robert Lighthizer put on his list.

"The objectives are not outcomes," was one of the suggested responses to questions about specific items on the list.

"Canada looks forward to sitting at the table with negotiators from Mexico and the U.S. to modernize the NAFTA," was another.

The document also did not include any specifics on what Canada would like to see in the new agreement, beyond some vague language on modernizing digital trade and customs facilitation and noted the U.S. is required by law to publish its objectives.

Ottawa also expected the provinces and territories, whose premiers were gathering that week in Edmonton, to mention that modernizing the 1994 agreement with the U.S. and Mexico would give Canada the chance to push for what has become a key part of the Trudeau trade agenda.

"A strong, modern and flexible NAFTA is important for North America to maintain its competitiveness in an increasingly complex and connected global marketplace," the document said. "The modernization of NAFTA also offers Canada the opportunity to integrate progressive, free and fair approaches to North American trade and investment."

The Liberal government has been working to incorporate such "progressive" elements into trade deals, which in the case of NAFTA included proposing entire chapters on gender equality and Indigenous rights.

Alex Lawrence, a spokesman for Foreign Affairs Minister Chrystia Freeland, said in a statement that Ottawa is working closely with its partners.

"We continue to closely collaborate with our provincial and territorial partners, who have a key interest in NAFTA, which has provided 24 years of stability and prosperity to North America," Lawrence said. "We will always defend and maintain the elements of NAFTA that are important to Canadians."