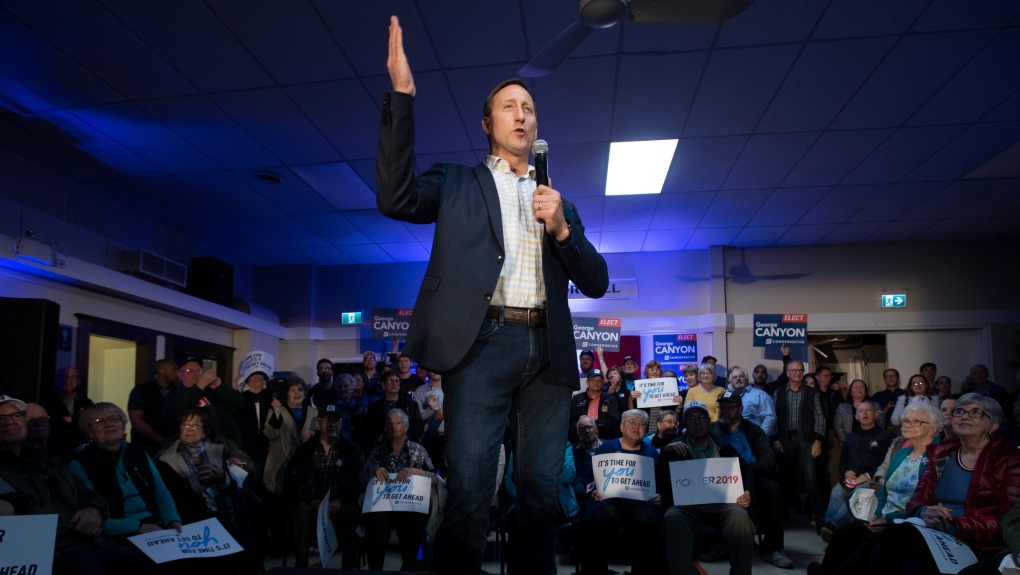 OTTAWA -- Conservative leadership candidate Peter MacKay stands by his comments applauding counter-protesters in Edmonton who dismantled a rail blockade just hours after it was erected.

"It was done in a very peaceful, respectful way and it was not done in any kind of a means to elevate. People who are Good Samaritans, good citizens see an opportunity to prevent a problem which having debris on a highway or a track is a problem," said MacKay in an interview on CTV’s Question Period airing Sunday.

It was one of the later blockades to join the cross-country movement in support of Wet’suwet’en hereditary chiefs in B.C. who are protesting the construction of a natural gas pipeline through their territory.

The leadership hopeful had tweeted out support for the individuals who shut it down saying "glad to see a couple Albertans with a pickup truck can do more for our economy in an afternoon than Justin Trudeau could do in four years."

After facing backlash that he was politicizing the issue and supporting vigilante justice, the tweet was deleted from his account and followed up with further clarification.

Despite reinforcing that he doesn’t support vigilantism, MacKay says he sees the danger posed by the demonstrations set up at rail crossings.

"The real vigilantes are the people involved in these protests who are impeding safe passage of rail, who are preventing important goods like propane, food, medicine getting to communities, who are causing massive problems in terms of people’s employment and their ability to get to work," said MacKay.

In defence of his tweeted statement that the pipeline activists are “thugs,” MacKay also claimed that most of the protesters demonstrating in support of the Wet’suwet’en Nation are not even Indigenous – though he offered no proof of this assertion.

"I for one am not of the view that the vast majority of these protesters and those who are causing the problem, who are acting illegally, are in fact Indigenous people," he said.

He also criticized the government for their inaction seizing the situation and mitigating further escalation.

Prime Minister Justin Trudeau has held a number of meetings with relevant cabinet ministers to discuss a way forward. On Thursday evening, he spoke with premiers to get their input on resolution.

So far, he has relied on "peaceful dialogue" as the best course of action but will once again have an opportunity to lay out a more concrete plan on Friday afternoon following another emergency gathering with his Incident Response Team.

Meanwhile, Wet’suwet’en hereditary chiefs have travelled east to meet with Mohawk leaders standing in solidarity with the community. They too will speak publicly about next steps on Friday.

MacKay said under his leadership as prime minister, he would more clearly signal the government’s support for the RCMP and regional police officers to enforce the rule of law.

He would expect law enforcement to "do their job" and "not to stand back and let citizens be impeded, goods from being interrupted from their lawful path across this country, that’s exactly the signal the police are looking for."

"It’s no different if someone came into your house and started removing furniture, wouldn’t you call the police? Wouldn’t you ask somebody to come enforce the law in your residence?"

In the full interview airing Sunday morning, MacKay outlines his policy positions and where he stands on issues including military spending, balancing the budget, and medically assisted death.

Please see my statement today on the illegal blockades: pic.twitter.com/eMaAvYpdSo

Don Martin: No magic political wand to wish down the barricades

Wet'suwet'en: What's the difference between the elected band council and hereditary chiefs?

Wet'suwet'en chiefs to spend Friday with Mohawk supporters in Ontario