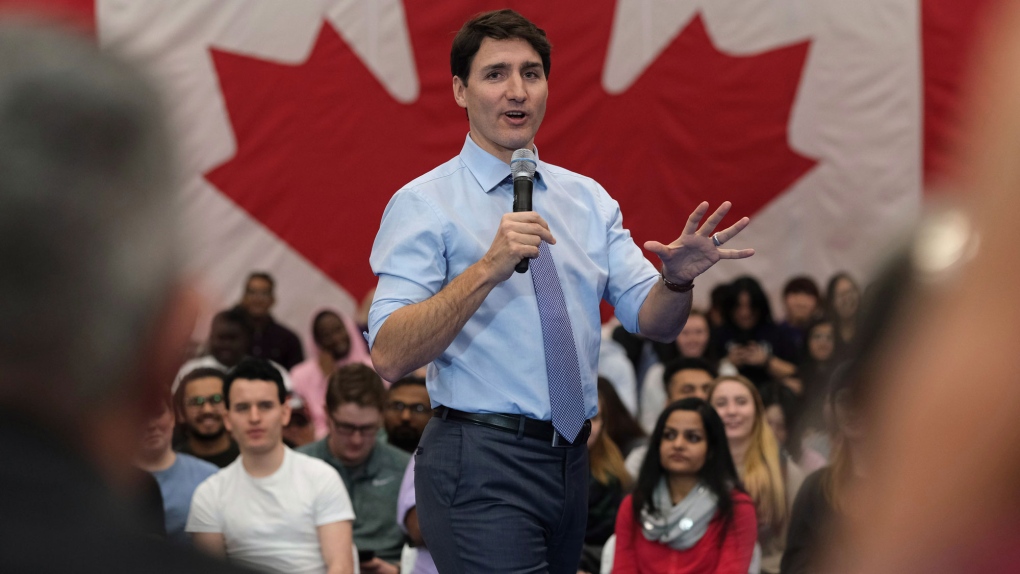 TORONTO -- Justin Trudeau insisted Friday that he would stay positive in the face of what he predicts will be a "negative, divisive" election year.

Speaking at a Liberal fundraising breakfast at Toronto's Fairmont Royal York hotel, the prime minister said he plans to focus on bringing people together.

"We're going to have to stand in the face of what very likely will be negative, divisive campaigns while we stay positive, because we know that scaring people and dividing people might lead to short-term electoral gains, but it ends up hurting your capacity to govern for everyone," Trudeau told a group of supporters.

The campaign-style speech echoed the prime minister's message to his caucus in January, when he told Liberal MPs to steer clear of personal attacks in their ridings.

"The differences from coast to coast to coast are a source of resilience and strength," Trudeau said Friday. "But we need to make sure that everything we do as a political party, as a government, is focused on bringing people together, not increasing that division, increasing those wedges."

The prime minister's promises of positivity come at a time when his government is facing court challenges from several provinces that oppose his mandated carbon tax, as well as controversies over multiple pipeline projects and criticism for his approach to China.

Trudeau also, however, took a few digs at Andrew Scheer's Conservatives, saying only the Liberals were willing to invest in the science and technology that will prepare Canada for a rapidly shifting economic landscape.

"That of course is in marked contrast with the approach the Conservatives are taking, which yet again consists of cherry-picking facts, pushing out falsehoods and mostly trying to scare people, trying to divide people, trying to increase the anxieties people feel about their present and their future," Trudeau said.

Scheer's Conservatives, meanwhile, insist they are the more positive party.

"Justin Trudeau's Liberals have done more name-calling and fear-mongering than anyone. Trudeau should stop accusing others of it until he looks in the mirror," Scheer tweeted on Thursday.

The federal election is expected to be held in October.