Parliament's six-month countdown: What each party wants to achieve 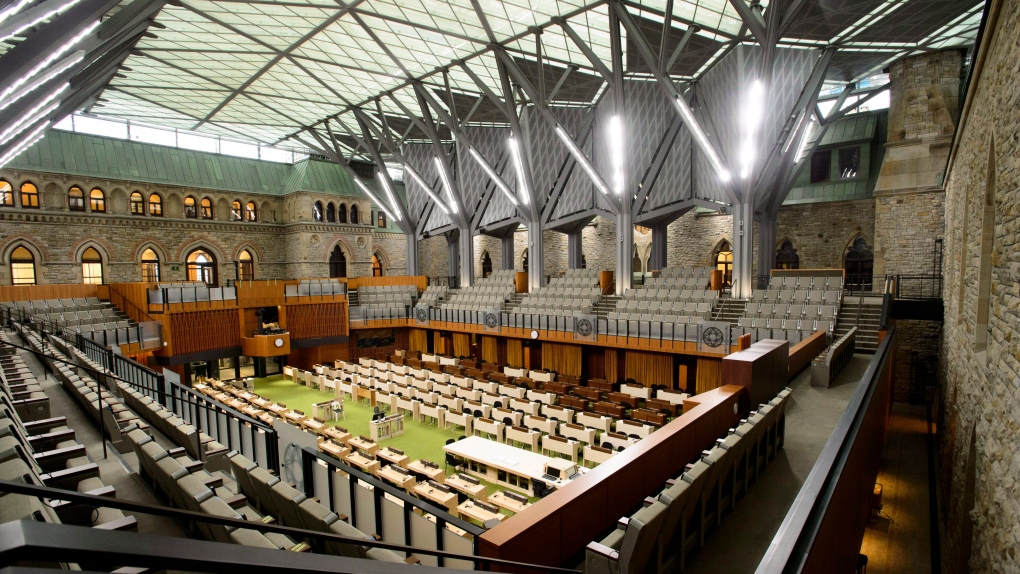 The new temporary House of Commons is viewed prior to a ceremonial handover marking the completion of the restoration and modernization of the West Block on Thursday, Nov. 8, 2018. THE CANADIAN PRESS/Sean Kilpatrick

OTTAWA -- MPs are returning to Parliament Hill on Monday to begin the 2019 legislative sitting in the new House of Commons, kicking off what's poised to be an intense final stretch leading up to the next election.

There are just 69 scheduled sitting days left between Monday and June 21, when the House is set to rise for the final time before Prime Minister Justin Trudeau seeks the Governor General's approval to dissolve Parliament and issue the writ for the campaign, expected in September at the latest.

In that time frame, the governing Liberals will be trying to pass their outstanding pieces of government legislation, along with the expected new bills as ministers look to fulfil their mandate letters. Meanwhile, the opposition Conservatives and New Democrats will try to take any time they can in the Commons to contrast themselves against Trudeau and his caucus, from pushing back on Liberal initiatives to putting forward issues or ideas of their own.

With the days numbered, all sides are preparing for this sitting to be increasingly partisan, and work in the House may be overshadowed or taken off-track by the ongoing international tensions, specifically the diplomatic dispute with China.

As things stand, there are a total of 33 pieces of government legislation left on the order paper. These are bills tabled by the government, versus private members' bills which are brought forward by individual MPs. Some of those government bills likely won’t move, however, as they’ve been stalled for various reasons including being bundled into bigger omnibus pieces of legislation that have advanced.

"In regards to legislation, we know that there's a lot more work to do," Government House Leader Bardish Chagger told CTVNews.ca.

She said the Liberals will be focused on the same issues they have been throughout this mandate: the middle class, the economy and the environment.

Twenty-four bills are still in the House, including two that had already passed but were returned with Senate amendments: Bill C-57, which makes changes to the Federal Sustainable Development Act; and Bill C-64, the Wrecked, Abandoned or Hazardous Vessels Act.

Bill C-64 has the backing of the NDP because it was an idea that originated with one of their MPs.

There are another nine bills currently in the Senate, two of which just passed into the upper chamber in the final sitting days of 2018: Bill C-75, wide-spanning criminal justice reform legislation; and Bill C-81, the Accessible Canada Act, which is a major overhaul of accessibility laws, aimed at setting new standards and removing existing barriers.

Other pieces of legislation that Chagger said will be priorities for the government to pass are:

The big bills that are seen as key mandate commitments or 2015 election platform promises that have yet to pass, and will likely be priority pieces of legislation that the government will try to advance, are:

In addition, there are still several new bills expected to be introduced that will have to move through both chambers before the latter half of June. Among these: a bill to implement pardons for past pot possession charges, and a co-developed legislation on Indigenous child services. 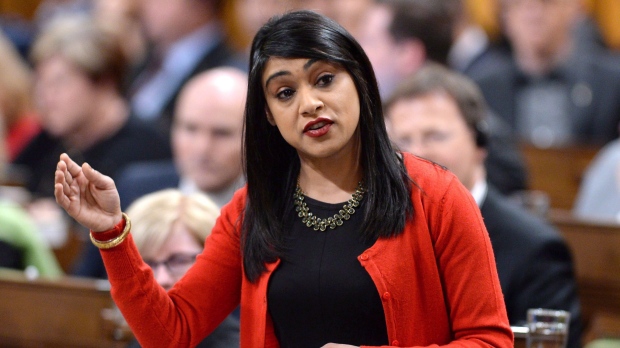 Asked how she intends to stickhandle advancing the existing and forthcoming legislation, especially given each bill is sponsored by a minister who is facing pressure to fulfil their mandate letter responsibilities, Chagger said part of it will be compromise, specifically communicating with the ministers, parliamentary secretaries and committee members about accepting amendments when they improve a bill.

"If we can find a way to move legislation forward a bit faster or in a way that works for colleagues on both sides, it's always the best way to do it," Chagger said.

There will also be the 2019 federal budget, which can be expected to take up to a week or so of debate once it is tabled -- and that's before it starts moving through the other legislative stages.

The NDP had a caucus conference call on Thursday to touch base before the House resumes, and Brosseau said that some of the key issues for the party in this winter sitting will be housing, the environment, and advancing some NDP MPs' private members’ bills, including:

"The lead-up of an election, obviously MPs are excited to get back to work, hold the government’s feet to the fire… there's a lot of broken promises and we think the government could be doing a lot better… obviously this upcoming session is going to be really, really important," Brosseau said.

A key thing the NDP are optimistically looking forward to is having their leader Jagmeet Singh win the Feb. 25 Burnaby South byelection and gain a seat in the House of Commons. This will allow him to challenge Trudeau during question period and lead off key debates for his party.

Brosseau said the NDP will also be looking to use the time they have in the House, whether in debates or during their allotted opposition motion days, to showcase the policies they’ll be campaigning on and their vision for the country. 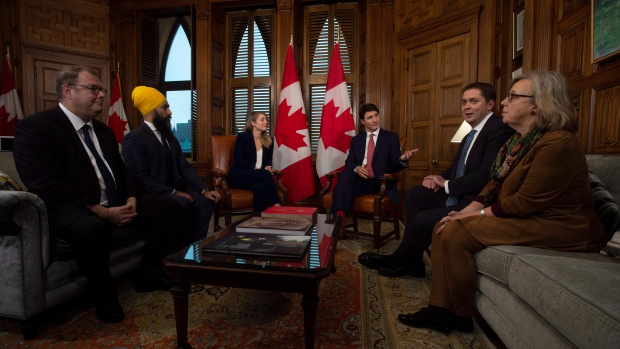 As for the Conservatives, the caucus is meeting in Ottawa over the weekend to have their pre-sitting gathering and discussion of priorities and issues.

Among the issues Bergen said the Tories will focus on: affordability and the cost of living; the lack of a plan to return to balanced budgets; and, as noted above, strongly opposing Bill C-69, as well as Bill C-48, the Oil Tanker Moratorium Act. The Conservatives would also like to see this bill withdrawn.

Asked how she plans to work through this expected tension between the two sides of the House, Chagger said that just as the opposition has a responsibility to hold the government to account, the government has been given a mandate to fulfill and that should be respected.

"When we're in a situation where the opposition will do anything and everything to ensure that the government cannot advance legislation because they're choosing to take maybe a more partisan approach, then that’s their prerogative and we have to understand that we will not be able to be as productive as we would like," Chagger said.

She vowed to work co-operatively but noted that when the positions on certain bills "really differentiate" between the parties, that's when tools that limit debate are deployed, though both Brosseau and Bergen see this differently.

"They really stifle debate in the House of Commons and I'm really hoping that this time, for the next 69 days they're going to be more open and not force time allocation on important pieces of legislation… We'll see how things go," Brosseau said.

Bergen is anticipating the government to continue to "ram through" their legislative agenda, something previous governments have also been criticized of doing.

As for the Bloc Québécois, Green Party Leader Elizabeth May and People's Party Leader Maxime Bernier, they aren’t involved in the weekly conversations between the Liberal, Conservative, and NDP House leaders, nor are they granted days to set the agenda with opposition day motions. Though, they are afforded limited time in the House to express their parties' positions during question period and debate which will continue in the coming months as both also look at expanding their seat count in the Commons in the 2019 election.

May's office told CTV News that one of the bills she is prioritizing this sitting is Bill S-203. This is a Senate public bill, the equivalent of an MP's private members' bill. It proposes to end the captivity of whales and dolphins and May is sponsoring it in the House. She's found support for the initiative from Liberals, New Democrats, and the Bloc, while the Conservatives have opposed the initiative.