OTTAWA – After campaigning and coming to power on a promise of change, Prime Minister Justin Trudeau and the Liberal Party will be heading to your doorsteps this summer seeking a second term.

After nearly four years of Trudeau government, here’s how the country looks different today than it did in 2015. 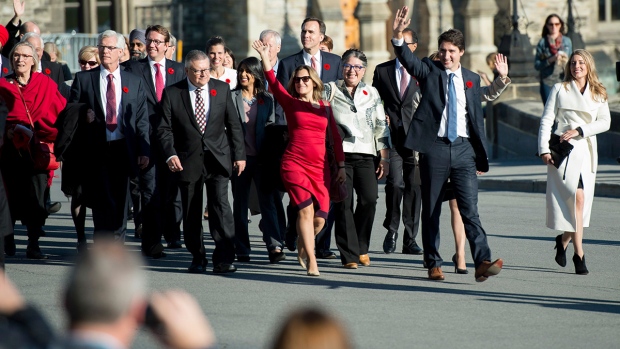 The world took note in 2015 when Trudeau strode up the driveway at Rideau Hall with 15 men and 15 women who would form the country’s first-ever gender-balanced federal cabinet.

Since taking that first step, the Liberals under Trudeau have: moved to legislate pay equity in the federal sector, made the national anthem gender-neutral, enshrined in law protections for transgender people, and required gender-based analysis to be conducted on major policies.

The Liberal government also has pledged to increase international aid spending for women’s health and promoted the status of women portfolio to a full department for Women and Gender Equality (WAGE).

These are all changes that may be hard for future governments to walk back without considerable criticism and explanation.

Though, room for improvements remains.

Trudeau’s self-imposed title as a feminist has come into question over the course of his mandate, including over the acrimonious ouster of two top female MPs from the Liberal caucus: Jane Philpott and Jody Wilson-Raybould amid the SNC-Lavalin affair.

And, if Canada wants to see gender parity reached in the House of Commons, that could take another 89 years at the current rate that female MPs are elected.

“The progress that we’ve seen in terms of women's representation in the political realm, whether that be federal, or provincial, it’s incremental, and it's slower than many would like to see. We're not there yet,” Equal Voice spokesperson Nasha Brownridge told CTVNews.ca. 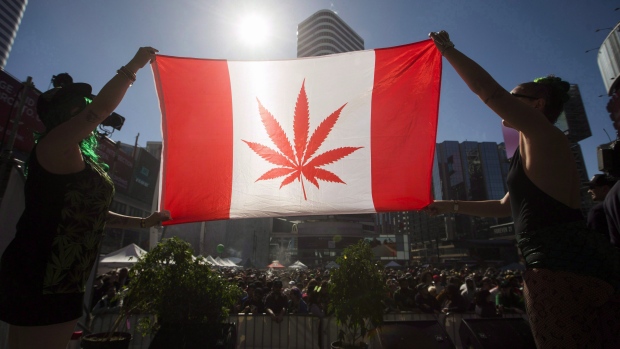 The recreational use, possession, and sale of marijuana became legal on Oct. 17, 2018, after the Liberals campaigned on a promise to do so.

The federal government framed legalization as an effort to protect children and eliminate the black market. This major policy change was both historic and precedent-setting as Canada is now the world’s largest country with legal pot sales.

However, the rollout of a new legal regime has not been without its growing pains. Reports of high cost and low supply in some areas, coupled with the mixed-bag of systems each province and territory has set up, has some critics questioning the efficacy of this new regime when it comes to cracking down on illegal dealers.

“A few years ago, the Liberals invited Canada to a huge party with balloons, great music, great fun – only to end up in a very boring room with classical music,” Dalhousie food distribution and policy professor Sylvain Charlebois recently told CTVNews.ca.

The fact that legalization has been received in this way is likely seen as a positive by the Liberals, who took a relatively sober approach to the change.

One further hurdle remains: edibles, which will become legal four days before the federal election but won’t be on the shelves until mid-December. 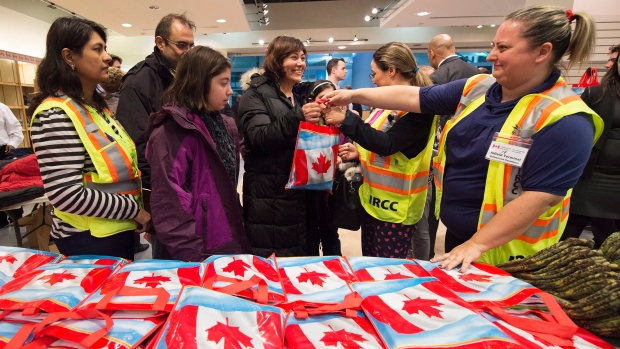 From bringing in more than 40,000 Syrian refugees, to the infamous “#Welcome to Canada” tweet, a central focus of the Liberals’ last four years has been immigration. In 2018 Canada resettled more refugees than any other country. While this embrace of asylum seekers, refugees, and immigrants hasn’t been without issues, the target for millions of new Canadians in the coming years will have a real and lasting impact on the country.

“To those fleeing persecution, terror & war, Canadians will welcome you, regardless of your faith. Diversity is our strength #WelcomeToCanada," Trudeau tweeted in January 2017.

This message was seen in part as an effort to differentiate Canada from the increasingly closed-off approach to immigration of the U.S. administration under Donald Trump.

Critics have referred to that tweet as the catalyst for the stream of asylum-seekers crossing irregularly into Canada, resulting in a backlog of people waiting to be processed, overwhelming the system and resources.

Former director general of the citizenship and immigration department, Andrew Griffith, told CTVNews.ca that the surge in asylum seekers has posed the greatest challenge to this government on the immigration file, but he doesn’t think it undermined the “Welcome to Canada” message.

“The Canadian experience is definitely one of generosity and has shown how welcoming refugees really contributes to Canada’s economy and communities and we hope that Canada can continue to play this leadership role," UNHCR’s Melanie Gallant recently told CTV News in relation to the UN report stating that Canada settled more refugees in 2018 than any other country.

On the global front, the Liberals’ handling of the international trade file and desire to open new markets merits an honourable mention. While the Liberals didn’t come to power on a promise of a renegotiated NAFTA, Trump’s insistence forced Canada’s hand, and prompted the push to look for other trading partners.

Climate change is a priority 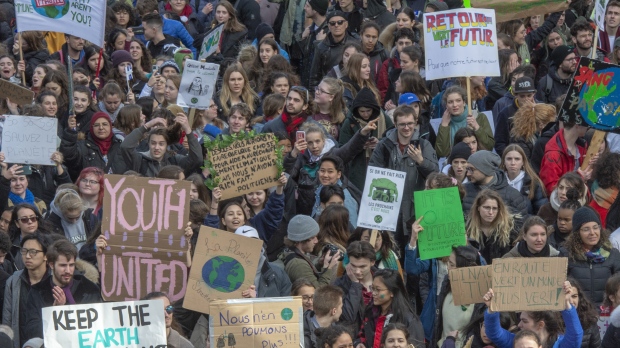 McKenna flew to Paris for the 2015 United Nations Climate Change Conference where she joined representatives of 195 countries in signing the Paris Agreement, which sets out an international plan to limit global warming to below two degrees Celsius.

Since then the government secured a pan-Canadian agreement on reducing emissions and rolled out a carbon tax or “price on pollution” as it prefers to call it. The Liberals also put money towards low carbon infrastructure, protected more marine and costal areas, and passed legislation to overhaul environmental assessment processes.

However, none of these moves has been without contention. There is currently a multi-province revolt over the carbon tax, the environmental assessment and coastal protection measures have been met with opposition and pushes for amendments, watchdogs have doubted the current federal plan’s ability to actually meet the Paris targets, and the Liberals bought the Trans Mountain pipeline.

“It is no secret that the previous Conservative government viewed climate change as a thorn in its side. It avoided the subject to the greatest extent possible and acted only when it was forced to act. However, the government across the aisle promised to do things differently. It promised action on climate change, but it was all words and little action,” said Conservative MP Michael Chong during the climate change emergency debate. The motion passed in the end, without the support of Conservative Leader Andrew Scheer or his party.

All this said, it’s looking more and more likely that climate change will become a campaign issue in a bigger way than ever before, and while there are contrasting approaches to tackling it, the Liberals’ focus on it has led to all sides now saying that it’s a real and present threat. 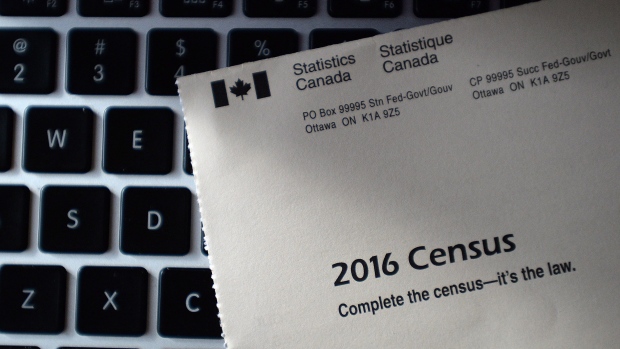 As one of their first acts in government, the Liberals restored the mandatory long-form census, citing a commitment to evidence-based policies. Former Conservative prime minister Stephen Harper eliminated the national survey of Canadians in 2010 and instead issued a voluntary National Household Survey that had a significantly smaller response rate.

The decision to conduct the long-form census was heralded as a win for informed decision-making, and representation of the diversity in Canada.

In a recent interview with CTVNews.ca, Peggy Taillon, former head of the Canadian Council on Social Development— which led the charter challenge to save the census—said this move will have a lasting impact on Canada’s ability to measure the effectiveness of government policy and hold those who make these decisions to account.

The revived census was issued in 2016, and brought to light new information about Canadian demographics, including revealing a historically high proportion of the population over the age of 65. The census also revealed that there are over 7 million people in Canada for whom neither English or French was their first language, and that four out of five First Nation communities have median incomes below the poverty line.

“If you are a city government trying to determine whether or not we need a fire hall, should we close down a Library? You make use of the census data,” former Chief of Statistics Canada Munir Sheikh told CTV News at the time the census was restored. “If you are a business you can use the long form census data to determine whether or not you want to open a store in a new area, the kinds of goods you want to stock. There are many uses of the long-form census data by those who provide Canadians with goods and services.”

The next census is scheduled to be conducted in 2021.

Majority of senators are now Independents 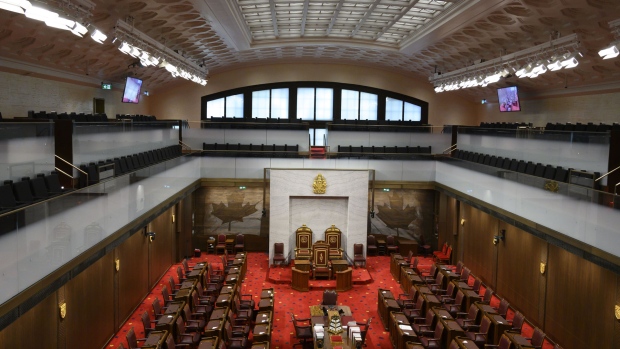 In 2014, as then-leader of the third party, Trudeau removed all Liberal senators from the national Liberal caucus, and since becoming prime minister he has embarked on creating a non-partisan Senate, with a new and independent advisory board to recommend Senate appointments.

Within three years the Liberals filled the outstanding vacancies in the Upper Chamber left by former prime minister Stephen Harper, and Independent senators now make up the majority in the Senate. That will largely remain the case now that the only opportunities for new appointments will be when existing senators reach the age of 75.

The Independent Senators Group (ISG)—formed by a handful of senators in 2016 to promote a “functioning independent, non-partisan Senate”— currently hold 59 seats; 30 senators are still part of the Conservative caucus; nine are so called “Senate Liberals” without ties to the party caucus; and another six senators consider themselves “non-affiliated” with any group.

The Senate’s increasing independence has provided a new dynamic rarely seen in past Parliaments: amendments to government bills. What was once seen as a rare and dramatic occurrence happened 30 times this Parliament. There were 38 pieces of government legislation that the Senate sent back to the House with changes, and in 35 of those the government accepted some of the suggested alterations, according to the facilitator of the ISG Yuen Pau Woo.

“This is a testament to the added value brought to the Upper Chamber by independent senators and their diverse backgrounds and expertise,” he said in a statement when the Senate adjourned for the summer.

“We know that the Senate is less partisan, more independent. We've never had a government accept more amendments from committees in the House, let alone the Senate,” Government House Leader Bardish Chagger told reporters at the tail end of this Parliament.

The transition hasn’t been without skepticism. The Liberals still have a government representative in the Senate, and Tory senators are quick to point to the voting records of some of the Independents as being more often than not aligned with the Liberals’ position. Lobbying targeting the Senate has also increased over the last four years because, now more than ever, members’ votes could be swayable on any issue.

“I call the Senate the island of unintended consequences now,” said senior vice president at Proof Strategies and former Liberal staffer Greg MacEachern. “But for what it eliminated, did it create more problems in terms of trying to pass legislation? We don't know yet. The Senate is taken much more seriously, there's some very thoughtful people there,” he said.