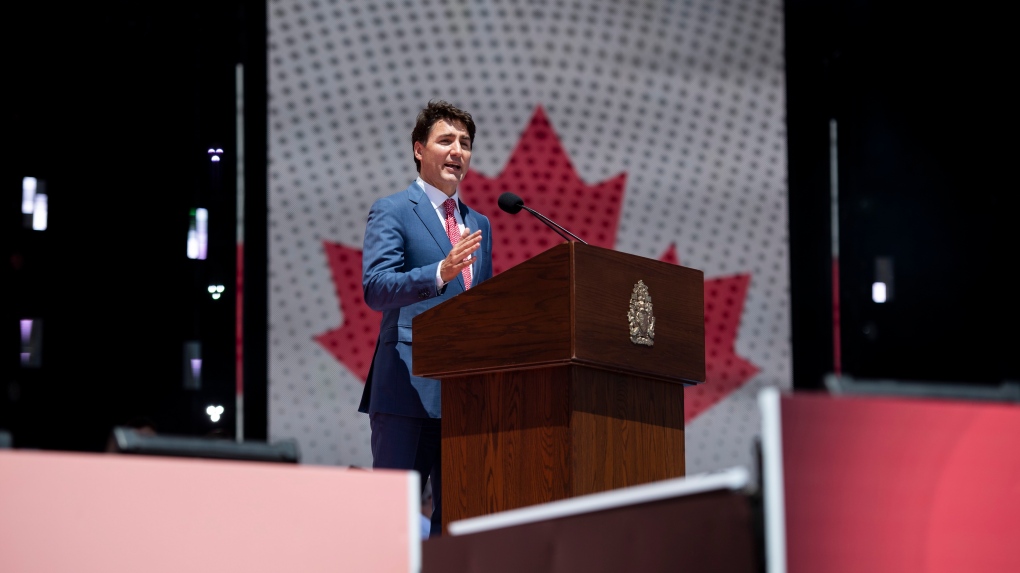 OTTAWA – Four years ago the Liberals came to power in part, based on promises that they’ve since broken, or thanks to pledges for progress that has yet to materialize.

From Prime Minister Justin Trudeau’s troubled trips and ethical scandals, to reneged vows to balance the books and reform Canada’s electoral process, the last four years have not been without missteps. With Liberals heading to your doorsteps this summer seeking a second term, here are the ways that “real change” wasn’t delivered. 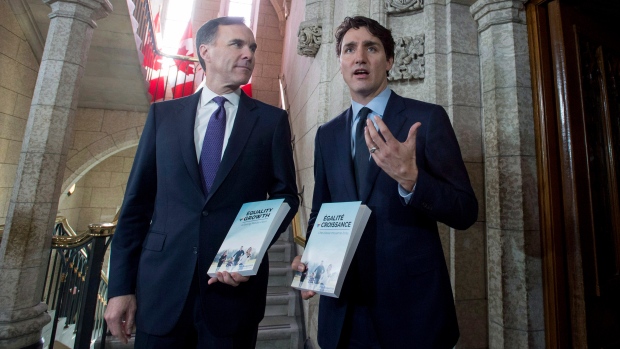 Trudeau campaigned, and was elected on, a promise to run two fiscal years of “modest” deficits of less than $10 billion before returning the federal budget to balance by 2019.

By the time the first federal budget was tabled in 2016, it showed a nearly $30-billion deficit, after inheriting a balanced budget from former prime minister Stephen Harper.

In each budget since, the deficit continues to be billions away from balance, with the latest 2019 federal budget showing a $19.8-billion deficit, and not predicting balanced books for another four years at least. The lowest it’s predicted to drop to is $9.8 billion in 2023-24.

Finance Minister Bill Morneau has defended the Liberals’ economic record and approach of investing in Canadians, saying on the last federal budget day that the Canadian economy is on “good fiscal track.”

Despite this, some economists and conservative-minded politicians have raised considerable concern about continued deficit spending, saying that it’s risky to continue to spend rather than save, should the economy take a downturn. With both Conservative Leader Andrew Scheer and People’s Party Leader Maxime Bernier criticizing it as an “irresponsible” approach because it’ll be future generations that will have to pay for it. Bernier has chalked it up to wanting to “buy votes” with the money going out the door.

Longtime Liberal and principal at Bluesky Strategy Group Susan Smith said her party’s economic record should not be solely based on whether the budget is balanced.

“Hand in hand with that are the jobs and unemployment numbers… we've had the highest employment rate since 1976,” Smith said. “That’s an old number to best and we bested it. And the poverty number, I think it's been lost a little bit -- the impact that the federal policies have had on lifting kids out of poverty. When the economists in this country… are not upset, and are comfortable with the level of debt to GDP, I think that's fine.” 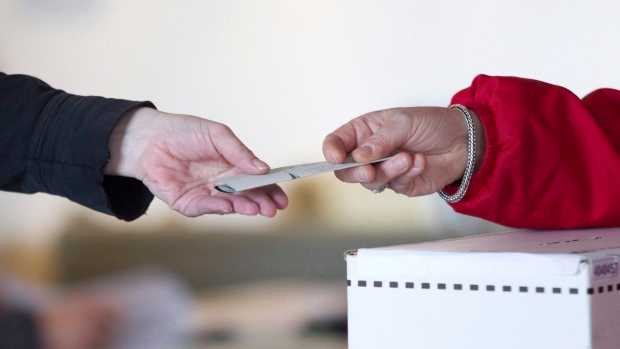 It was one of their biggest campaign promises: the 2015 federal election would be the last run under the first-past-the-post system. But about two years into their mandate, after a special House Committee had travelled the country and consultations garnered feedback from hundreds of thousands of Canadians, that promise was dead.

Printed plainly in the then-minister’s mandate letter: “changing the electoral system will not be in your mandate.” There was no consensus, or clear preference for an alternate voting system, despite proportional representation being recommended, the Liberals said. Instead, the government moved ahead with other changes to the Canada Elections Act, such as repealing past Harper-era Fair Elections Act changes, and empowering the Chief Electoral Officer.

The move was roundly criticized by the NDP, Greens, and other progressive voices that have been campaigning in support of electoral reform for years. It was called a cynical move and a betrayal of the voters who elected the Liberals on the basis of this promised change. Some Liberals have said that they still get questioned about this major comedown when knocking on doors in their ridings.

“What is unacceptable is to break the promise and leave it broken. That will break people's faith with democracy itself, those young people who voted for the first time and who believed the prime minister's promise,” said Green Party Leader Elizabeth May in the House of Commons a few months after the Liberals announced they’d be dropping their electoral reform pledge. 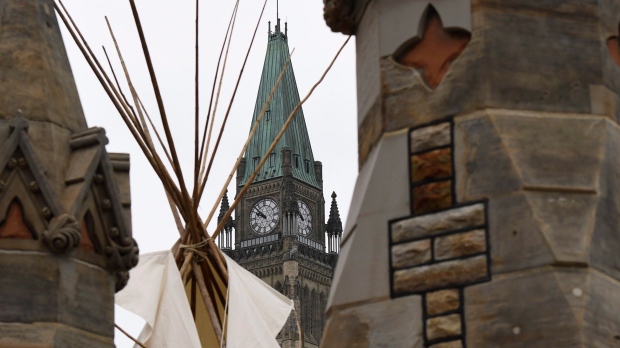 One of the biggest promises made by Trudeau in 2015 was to establish a new “nation-to-nation” relationship between First Nations, Inuit and Métis people and the federal government, accompanied by a pledge to restore self-governance practices. While not a broken promise, it certainly remains a work in progress with need for improvement.

This promised new dynamic included vows to taking a new approach to child welfare; implementing the Truth and Reconciliation Commission’s recommendations; launching a national inquiry into missing and murdered Indigenous women and girls; dedicating an entire ministry to Indigenous service delivery as well as another to Crown-relations; and adequately funding housing, health, infrastructure like clean drinking water, and education.

Much of these promises were acted on, or are ongoing, but for many these moves have been made in piecemeal ways and have not resulted in the entirely renewed relationship that was promised, though some progress towards that goal cannot be overlooked. Other steps taken by this government -- including buying the $4.5-billion Trans Mountain pipeline that routes through Indigenous territory -- have lost the Liberals respect among some Indigenous people in Canada, while others have recently said they are keen to buy in.

This tension over the pipeline project led NDP MP Romeo Saganash in September 2018 to ask Trudeau in question period why he wouldn’t just “say the truth and tell Indigenous peoples that he does not give a f*** about their rights?” Trudeau was not in the Commons at the time, but Natural Resources Minister Amarjeet Sohi responded, saying: “We have a tremendous amount of respect for indigenous Canadians from coast to coast to coast…There is no relationship more important to our government than the relationship with Indigenous peoples.”

Some Indigenous leaders remain optimistic and supportive of the Liberals continuing to govern in an effort to see these initiatives fully acted on.

Liberals are among the first to acknowledge that there is more to be done, but sources who spoke to CTVNews.ca made the case that this file should be slotted in the ‘accomplishment’ folder, noting the change this push towards reconciliation has made in Canadian society.

“It’s not something that's undone… sometimes achieving something doesn't actually mean that there's a Hollywood ending to it,” said senior vice president at Proof Strategies and former Liberal staffer Greg MacEachern. “There's a long time in Canada before we have a Hollywood ending with Indigenous people.” 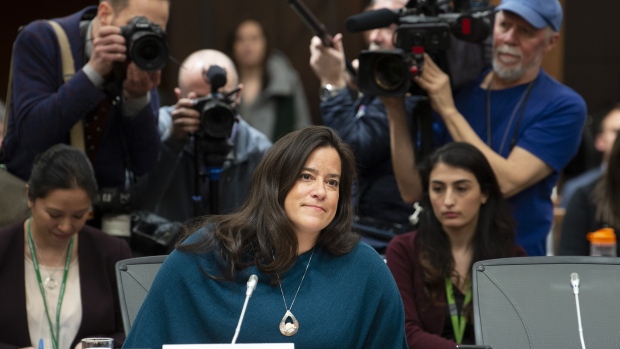 “The government has grown secretive and closed-off from Canadians. Unprecedented power has been concentrated in the hands of the Prime Minister and his office.” That’s how the Liberals attacked the Harper Conservatives in their 2015 policy page, pledging to be more transparent.

But critics have said very similar things about the current Liberal government over the last four years, for a variety of reasons.

From the troubled trip to India, to the harshly criticized helicopter excursion to the Aga Khan’s private island, Trudeau has faced several scandals over the last few years that have centred on questions about his personal connections, transparency and ethics.

Meanwhile, the Liberals promised to amend the Access to Information Act so that information would be “open by default.” By the end of this Parliament, a bill reforming Canada’s ATIP system did pass, but was widely panned as a bad bill that did not include the promise to expand the law so that PMO and ministers’ offices could be subject to more scrutiny.

Then there was the damning and long-lasting SNC-Lavalin scandal that unfolded publicly between February and April of this year. At the heart of this affair were allegations that then-attorney general Jody Wilson-Raybould faced attempted pressure from members of the Prime Minister’s Office and other senior positions to have her intervene in SNC-Lavalin’s criminal trial on fraud and bribery charges.

Trudeau and his government have maintained that nothing improper happened, but the scandal saw the prime minister lose two members of his cabinet, his principal adviser, and the clerk of the Privy Council. The Liberals also routinely used their majority to shut down further lines of parliamentary inquiry into the affair.

These missteps cast a shadow over the Liberals’ promise to do politics differently, with more openness, less power centralized in the PMO, and in the interest of everyday Canadians.

In the case of the India trip, it also did damage to Trudeau’s assertion that “Canada is back” on the world stage.

The opposition has framed the Liberals as corrupt and working for the elite.

The biggest boost to this argument was when the federal ethics commissioner -- which has not yet issued findings related to an SNC-Lavalin probe -- found that Trudeau contravened federal ethics law over his Aga Khan trip. This put him in the history books as the first prime minister to breach the Conflict of Interest Act.

“They've taken the damage that they're going to get so far, but the permanent and greatest damage has been to the prime minister,” said pollster Nik Nanos on April 7 about the SNC-Lavalin affair, on CTV’s Question Period. “He is not realistically going to recover from this. He can only hope to survive this, and to perform better than Andrew Scheer in the next federal election because this will be part of his legacy.”