Gender parity in cabinet: A look at where we now stand 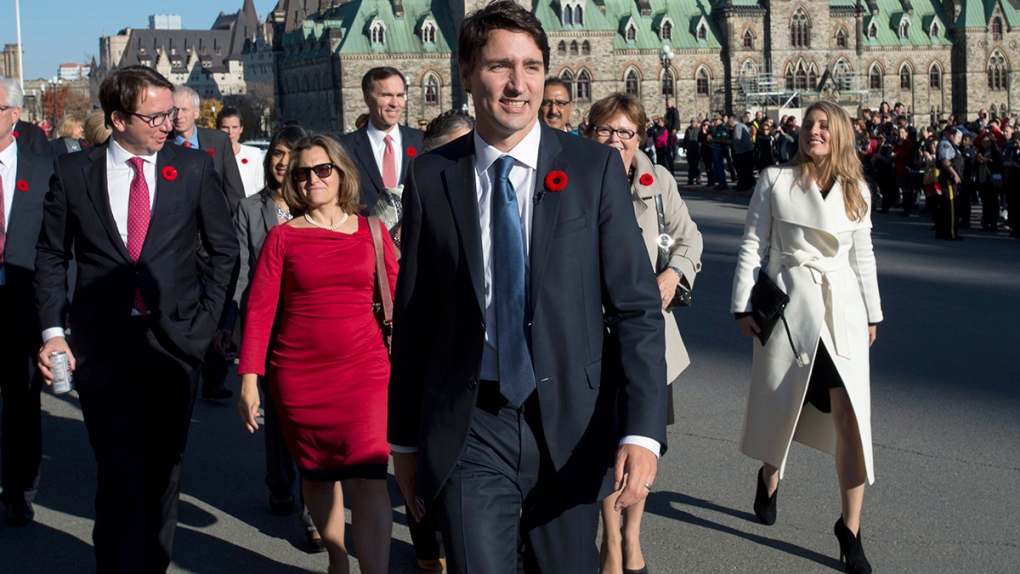 With Prime Minister Justin Trudeau appointing an equal number of men and women to his cabinet, 2015 marks the first time gender parity has been achieved among ministers at the federal level in Canada.

Of the 30 cabinet ministers sworn in on Wednesday, 15 are women and 15 are men.

The move represents a huge leap when it comes to the proportion of women represented in cabinet -- it’s the first time the numbers are anywhere close to the 50/50 gender makeup of Canada’s population. Previously, the closest the country had come were the cabinets of 2003 and 2008, made up of 29 per cent women. Before this year’s election, approximately one in four cabinet ministers were women.

Following Wednesday’s swearing-in ceremony, Trudeau said he was pleased to “present to Canada, a cabinet that looks like Canada.”

Asked why it’s important to have gender balance in cabinet, Trudeau replied: “Because it’s 2015.”

He added: “Canadians elected extraordinary Members of Parliament from across the country and I am glad to have been able to highlight a few of them in this cabinet here with me today.” 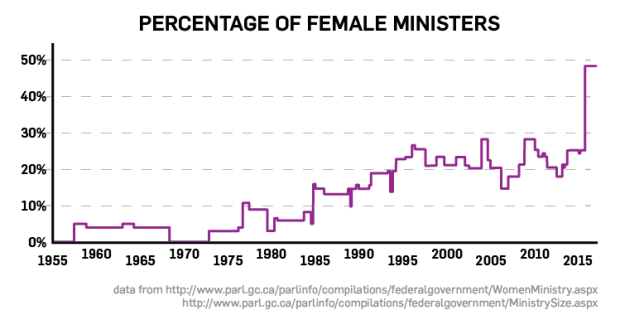 A history of inequality

Canada’s political past has been dominated by men, dating back to the first government in 1867. It took 50 years after that, and the War-time Elections Act, to first allow women the right to vote. And it took an additional four years after that to allow women to run as candidates.

And while Agnes Macphail, voted into office in the 1921 election, became the first woman to serve as a Member of Parliament at the federal level in Canada, no women would serve as cabinet minister until Ellen Louks Fairclough became Secretary of State in 1957.

From there, the transition toward equality has been gradual: 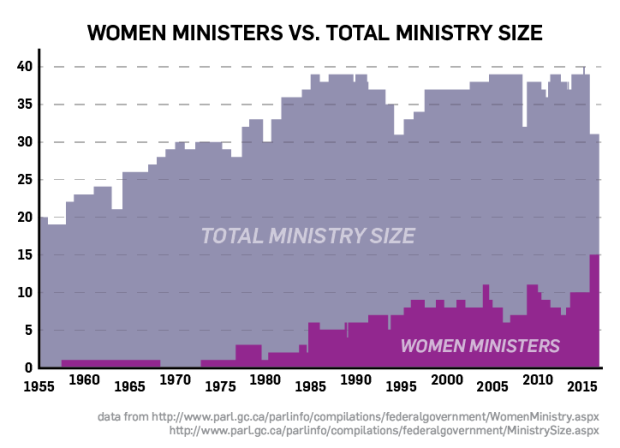 According to Equal Voice, an organization that strives to see more women elected to political office in Canada, it will take 45 years to achieve gender parity on the ballot at our current rate. About one-third of candidates in this election were women, according to Nancy Peckford, the organization’s executive director – a small increase over 2011, when 29 per cent of candidates were female.

Peckford says she’s encouraged by Trudeau’s decision to split cabinet appointments evenly among men and women, and hopes the move can kick-start a greater interest in politics among women.

“I think gender parity at the cabinet level is just incredibly important, especially as a signal to women watching who might be considering getting involved,” she said. “I think it communicates that, should they pursue an electoral path and get elected, there are real and meaningful opportunities to make a difference.”

Canada compared to the world

While Canadians will see more women in cabinet, only 26 per cent of MPs elected this year are women – a small improvement over the 25 per cent elected in 2011.

According to the Inter-Parliamentary Union, that figure places us behind more than 60 other countries in the world in terms of proportion of women represented in parliament.

“We have some catching up to do -- but I think it can happen. I have no doubt it can happen,” Peckford said. “But we need to help that process along. Because what we do know about what’s happened over the last several decades is that it doesn’t happen by itself.”

Peckford says despite the election having just happened, political parties and advocacy group both need to continue focusing on making women believe entering politics is a worthwhile endeavor.

And Trudeau’s idea of gender parity in cabinet is a step in the right direction, Peckford says.

“Sure, it’s a bold move -- but in our estimation it’s the right move. And we believe it will serve him very well.”