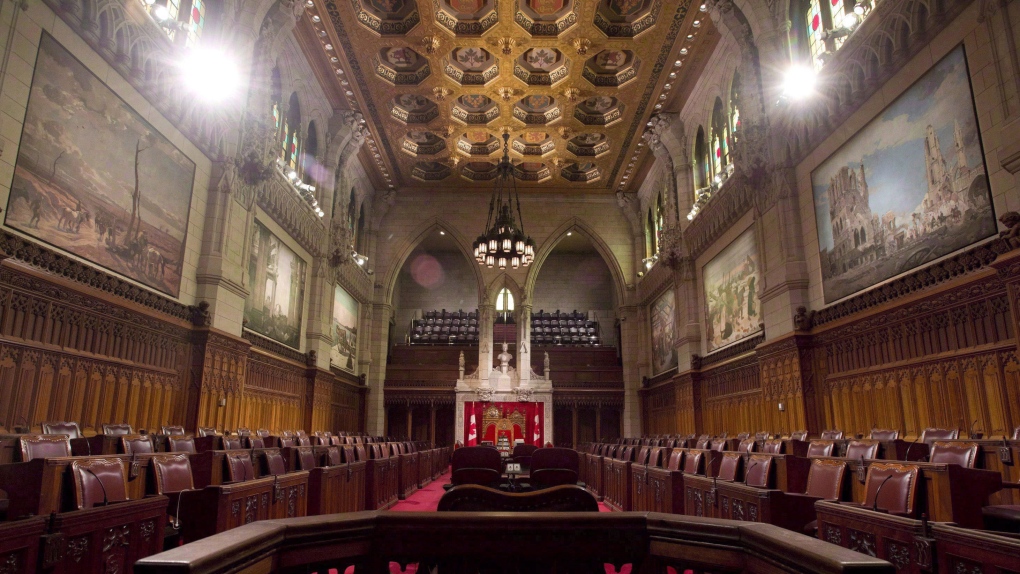 The Senate chamber sits empty on September 12, 2014 in Ottawa. (THE CANADIAN PRESS/Adrian Wyld)

OTTAWA—A collective of independent senators now holds a plurality of the seats in the Senate, surpassing the Conservative senators for the first time since the group's formation.

With three senators recently switching their affiliation to become part of the Independent Senators Group, it now has 39 members, outpacing the Conservative Senate caucus, which currently has 36 members.

The Independent Senators Group was formed by a handful of senators in 2016 to promote a “functioning independent, non-partisan Senate.” Its recent ascent to the top of Senate standings leaderboard doesn’t come with any automatic perks, though the independents are currently negotiating with representatives from the Conservative and Liberal Senate caucuses to get additional committee positions, proportional to their representation in the Upper Chamber.

In 2014, as then-leader of the third party, Justin Trudeau removed all Liberal senators from the national Liberal caucus. Since becoming prime minister, Trudeau has embarked on creating a non-partisan Senate, with a new and independent advisory board to recommend Senate appointments.

In addition to the 39 independents, there are five non-affiliated members in the Senate, including Speaker George Furey and Government Representative in the Senate Peter Harder. Together, that makes 44 of the current 95 senators who are not attached to any federal political party.

The Senate Conservative caucus is set to be down one more member, to 35, upon Conservative Sen. Kelvin Ogilvie’s retirement.

There are 15 Senate Liberals, and 10 vacancies that are expected to be filled by independent appointees, putting the ISG on a path towards a majority in the 105-seat Senate.