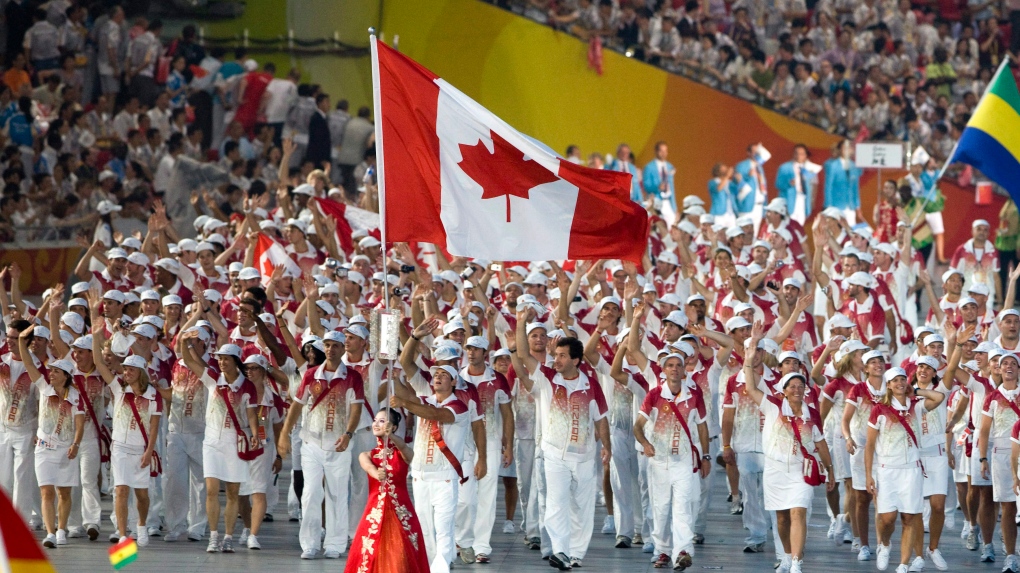 TORONTO -- The CEO of the Canadian Olympic Committee (COC) says organizing a boycott of next year's Games in Beijing would be the wrong approach to addressing human rights issues in China.

David Shoemaker, the committee's CEO and secretary-general, told CTVNews.ca on Wednesday that the organization is "preparing to participate" at the 2022 Winter Olympics, which are scheduled to take place next February.

"We have concerns about what we are hearing is occurring in the host country and we know the Government of Canada is addressing these issues on a government-to-government basis," he said in a statement.

"The Canadian Olympic Committee believes that sport has a unique power to bring the world together, to create dialogue and build understanding through important people-to-people connections."

David Mulroney, a former Canadian ambassador to China, and Michael Wernick, a former clerk of the Privy Council, are among those who have publicly mused that Canada should look at boycotting the Games. A coalition of human rights groups urged the International Olympic Committee (IOC) last summer to move the event out of China.

Arguments made in support of considering a boycott include the ongoing detention of Canadian citizens Michael Kovrig and Michael Spavor, China's crackdown on pro-democracy sentiment in Hong Kong, and the persecution of ethnic Muslim Uighurs through an alleged genocide in the country's Xinjiang region.

The Opposition is also interested in thinking about having Canada skip Beijing. Wellington-Halton Hills (Ont.) MP Michael Chong, the Conservatives' foreign affairs critic, said Wednesday in a statement to CTVNews.ca that his party is "strongly urging the government to consider a boycott" of next year's Games.

Chong first raised the issue of a boycott last November at a meeting of the House of Commons Special Committee on Canada-China Relations, asking then-foreign affairs minister Francois-Philippe Champagne if the government was considering such action.

"I think when it comes to sports and politics … one has to be careful. That's a decision for the Canadian Olympic Committee to make," Champagne responded.

Decisions around Olympic participation are made by countries' individual Olympic bodies, although boycotts are typically the result of governmental pressure. When Canada abstained from the Moscow Olympics in 1980, then-prime minister Joe Clark expressed his desire for a boycott well before the official vote from what was then known as the Canadian Olympic Association.

Canada was not alone in withdrawing from the 1980 Games in protest of the Soviet Union's invasion of Afghanistan. The United States led the effort, which ultimately included Japan, West Germany, and several other nations.

Chong said that this time, too, it would be key to have other countries on board with a boycott effort.

"Any boycott of the Beijing Olympics would have to be part of a wider plan to work with our allies to reset relations with China," he said.

"By working with allies to take action, Canada would be signaling to Beijing that its wrongful detention of Canadians, breaches of international law in Hong Kong, use of coercive diplomacy and gross human rights violations have consequences."

Chong's support for a Canadian boycott of the Games as part of a wider effort is shared by the Bloc Quebecois.

"I think Canada can be a leader on this one, but it has to find allies and it has to seek a multinational conversation," Bloc MP Alexis Brunelle-Duceppe told CTVNews.ca via telephone on Tuesday.

"We cannot do this alone. It wouldn't work."

Shoemaker, though, described calls for a boycott – multilateral or otherwise – as "misguided.”

"Past Olympic boycotts such as Moscow 1980 and Los Angeles 1984 punished athletes, further entrenched governments in their positions, and achieved little else. If the end goal is to see a change, we believe a boycott would be counterproductive," he said.

IOC president Thomas Bach argued against boycotts last year, shortly before he was re-elected as the organization's head.

WHAT DO BOYCOTTS ACCOMPLISH?

When it comes to Olympic boycotts, there are two years that stand above the rest: 1980 and 1984.

In 1980, dozens of countries joined the U.S.-led boycott of the Moscow Games in response to the Soviet invasion of Afghanistan. Four years later, when the Games were held in Los Angeles, the U.S.S.R. led 14 countries in a boycott that was widely seen as a tit-for-tat response.

There have been other, smaller boycotts over the years, dating back to the 1936 Olympics in Berlin, when Spain refused to participate due to disagreements with the ideology of Adolf Hitler's Nazi government.

In all those cases, though, it is hard to argue the boycotts had any significant diplomatic impact, argues Angela Schneider, director of the International Centre for Olympic Studies at Western University in London, Ont.

"I think it would be very difficult to draw a line that showed there was a major impact," she told CTVNews.ca via telephone on Wednesday.

"It certainly hasn't been successful, from the point of view of making wide social change or making regimes change their mind – especially oppressive or authoritarian regimes that don't listen to their own people. Why are they going to listen to others?"

Boycotting the Olympics can draw media attention to a political or diplomatic cause and raise wider public awareness, Schneider said, but is not the only way that can happen. More often, she said, governments see boycotts as a method of shoring up their own support by signalling that they are taking action, without achieving any further goals.

"I think there are better ways and more politically expedient ways [to accomplish that] than taking it out on the athletes," she said.

Schneider knows well what effects a boycott can have on the affected athletes, many of whom dedicate their lives solely to training for the Olympics.

A former world-class rower, she said the high-level colleagues she trained with in 1980 were upset that they would not get to showcase their skills on their sport's biggest stage.

Four years later, when she was part of Canada's rowing team at the Los Angeles Games, she was one of many athletes who were "very disappointed, and actually cried when we heard" about the Soviet-led boycott. To them it meant they would not be able to test themselves against their greatest competition, and any victories would feel hollow.

"We felt that, forever, our Games, people are going to say 'Not everybody showed up,'" she said.

Schneider helped Canada to a silver medal in Los Angeles. To this day, she wonders what the outcome would have been if the U.S.S.R. and a full complement of Soviet-bloc athletes had been on the water with them.

When it comes to Beijing in 2022, Schneider says she understands some Canadians' unease with helping China stage a successful Olympics amid the country's human rights abuses, but doesn't see a boycott as an effective tool

"The solution is 'Go and shine the light of the world on it.' Go in there. Use the opportunity to educate, to tell people about this, to actually focus on it," she said.