Over 570,000 Uighurs forced to pick cotton in China: report 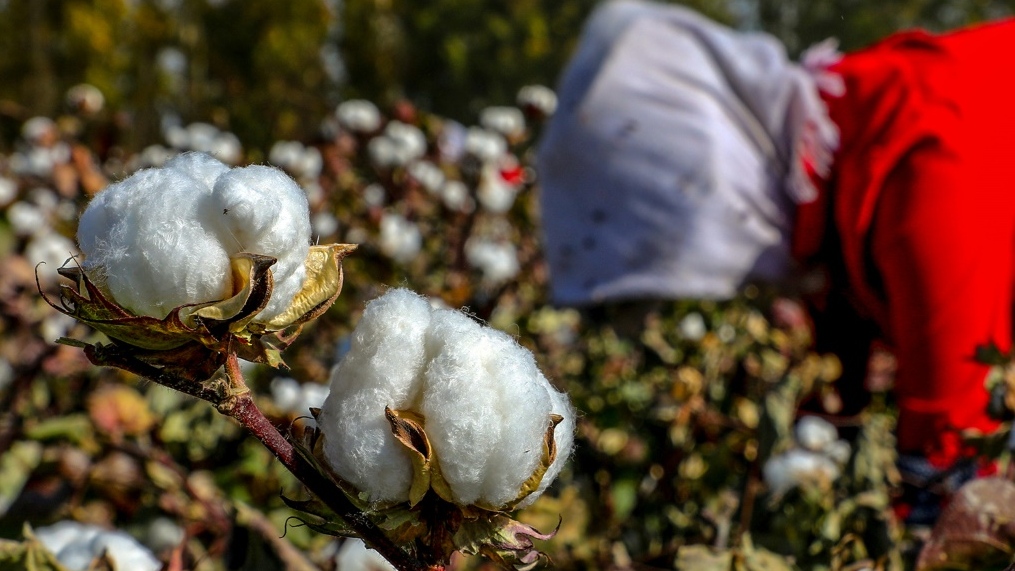 Xinjiang is a global hub for the crop, producing over 20 per cent of the world's cotton. (AFP)

BEIJING, CHINA -- Hundreds of thousands of ethnic minority labourers in China's northwestern Xinjiang region are being forced to pick cotton through a coercive state-run scheme, a report has said.

The research published Monday by Washington-based think tank the Center for Global Policy is likely to heap more pressure on global brands such as Nike, Gap and Adidas, which have been accused of using Uighur forced labour in their textile supply chains.

Rights activists have said Xinjiang is home to a vast network of extrajudicial internment camps that have imprisoned at least one million people, which China has defended as vocational training centres to counter extremism.

The report -- which referenced online government documents -- said the total number involved in three majority-Uighur regions exceeds a 2018 estimate of 517,000 people forced to pick cotton as part of the scheme by hundreds of thousands.

Researchers warned of the "potentially drastic consequences" for global cotton supply chains, with Xinjiang producing more than 20 per cent of the world's cotton and around a fifth of the yarn used in the United States coming from the region.

The BBC reported that it had asked 30 major international brands if they intended to continue sourcing products from China as a result of the findings -- of those that replied, only four said they had a strict policy of demanding that items sourced from anywhere in China do not use raw cotton from Xinjiang.

Beijing said that all detainees have "graduated" from the centres, but reports have suggested that many former inmates have been transferred to low-skilled manufacturing factory jobs, often linked to the camps.

"It is clear that labour transfers for cotton-picking involve a very high risk of forced labour," Adrian Zenz, who uncovered the documents, wrote in the report.

"Some minorities may exhibit a degree of consent in relation to this process, and they may benefit financially. However... it is impossible to define where coercion ends and where local consent may begin."

The report also says there is a strong ideological incentive to enforce the scheme, as the boost in rural incomes allows officials to hit state-mandated poverty alleviation targets.

China has strongly denied allegations of forced labour involving Uighurs in Xinjiang and says training programs, work schemes and better education have helped stamp out extremism in the region.

When asked about the report on Tuesday, Beijing said workers "of all ethnicities in Xinjiang sign labour contracts with enterprises based on their own voluntary choice of occupation."

Foreign ministry spokesman Wang Wenbin also attacked the report's author Zenz, saying he was the "backbone of an anti-China research organisation set up under the manipulation of the US intelligence agency, which mainly fabricates rumours against China and defames China."

Earlier this month, the U.S. banned imports of cotton produced by the Xinjiang Production and Construction Corps, a major paramilitary entity, which covers about a third of the crop produced in the entire region.

Another proposed bill banning all imports from Xinjiang has yet to pass the U.S. Senate.