As pre-election cabinet shuffle looms, Kirsty Duncan ready for anything 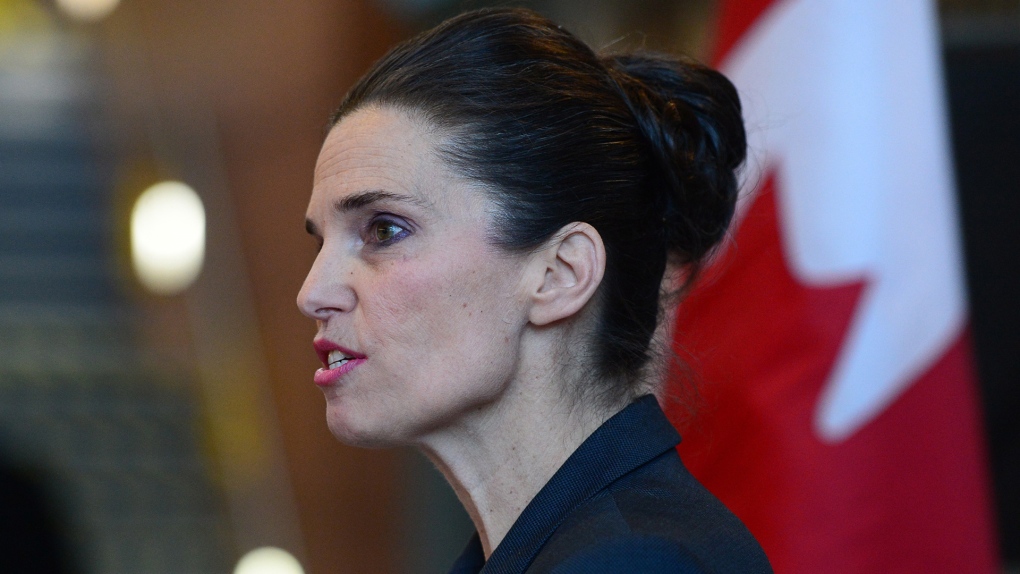 Kirsty Duncan, Minister of Science, makes an announcement regarding new asbestos measures during a press conference in Ottawa on Thursday, Dec 15, 2016. THE CANADIAN PRESS/Sean Kilpatrick

Now Kirsty Duncan, minister of science and minister of sport and persons with disabilities, finds herself at the centre of speculation as talk heats up about a cabinet shuffle.

Prime Minister Justin Trudeau will shuffle his cabinet sometime in the next week, sources tell The Canadian Press. With the NATO leaders' summit in Europe now behind him, his focus is shifting to putting the final touches on a Liberal cabinet that will carry his government through to the 2019 election.

As word spreads among the government that the changes imminent, political staff are anxious about their own futures and some cabinet ministers are looking at flight options in case they get a call to return to Ottawa immediately.

That call will only come if they are affected, so don't expect all 29 ministers to make an appearance in the nation's capital.

A year before an election, replacing ministers who won't run again in 2019 could be one plan -- though there are no ministers among the dozen MPs who have already signalled they won't be on the ballot next time around.

Splitting Duncan's duties back into two jobs is expected to be one of the moves, since Trudeau is believed to be planning his first expansion cabinet since taking office, and he needs jobs to give the new faces.

Duncan has been the minister of science since the beginning of the Trudeau government. In January, she was sworn in as minister of sport and persons with disabilities just days after Kent Hehr, her predecessor in that post, was forced to resign from cabinet over harassment allegations from his time as a member of the Alberta legislature.

Trudeau never said how long he expected his science minister to juggle two departments, including two entirely different sets of staff, Duncan said. But she also won't divulge how much longer she intends to keep it up.

"That of course will be up to the prime minister," she said. "I am happy to serve in whatever capacity he sees for me."

She does acknowledge "it's been a very busy seven months."

Duncan says she has passion for all her files now and doesn't prefer one over the other. As a former professor and research scientist, the science beat is right in her wheelhouse. But so is sport and disabilities, as a former gymnast and marathon runner who spent years coaching and working with athletes with disabilities.

During briefings from her staff in her office she is often found exchanging her professional pumps for running shoes to lift kettle bells because she says she concentrates better when she is moving.

But the portfolios each have a major line item that has to get implemented before the next election and both could benefit from an individual minister steering the ship. In late June, Duncan introduced Canada's first national accessibility legislation, and it now needs to be hand-held through the parliamentary process so it becomes law before the end of next June.

At the same time, Science has a $4 billion budget investment to roll out, including 25 per cent increases in granting council funds, new money for labs and computers and improving gender equity and diversity in Canada's scientific community.

And next week, Duncan is to start consultations in Quebec about adopting in Canada a United Kingdom program known as Athena SWAN to promote women in science, math, technology and engineering. She was in the UK in June meeting with officials there about how it works, and says she knows from her own experience the discrimination women in the field continue to face.