Why most men don't have enough close friends

Why most men don't have enough close friends 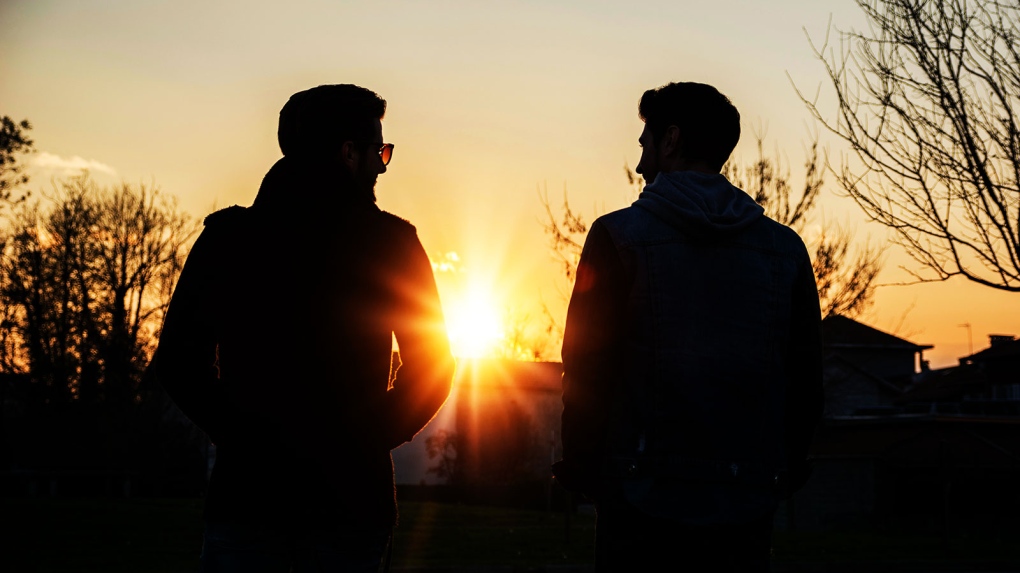 Friendships aren't just about those you sit with on the school bus or play alongside on your childhood baseball team — they are a core component of the human experience, experts say.

But making and retaining deep, meaningful friendships as an adult is hard, especially for men, according to research.

Less than half of men report being satisfied with their friendships, and only about 1 in 5 said they had received emotional support from a friend in the last week, compared with 4 in 10 women, according to a 2021 survey from the Survey Center on American Life.

The falling off of friendships between men begins around middle and late adolescence and grows starker in adulthood, said Judy Yi-Chung Chu, who teaches a class on boys' psychological development at Stanford University in California. And those who do maintain friendships with other men say they tend to have lower levels of emotional intimacy than women report.

All humans have the innate capacity and desire for close, emotionally intimate connections with others. We need these relationships for survival as babies and then to thrive as we get older, Chu said.

Research has shown close friendships protect our mental and physical health, she added. And men who prioritize those relationships are fighting off one of the most harmful things to human health — loneliness, said Dr. Frank Sileo, a psychologist based in Ridgewood, New Jersey.

Just as many men strive to eat right, exercise, succeed in their careers and raise children , men should prioritize developing friendships as adults, he said.

Why it's so hard

When Sileo first began conducting research on male friendships in 1995, many participants assumed his survey was about homosexuality, he said. Such stereotypes that male bonding would be, or become, sexual in nature are inaccurate, but revealed some of what may be holding some men back from deep friendships, he added.

Assumptions 27 years later might be different, but social pressures remain that make it difficult for men to express the vulnerability and intimacy needed for close friendships, Sileo said.

We are all born with two sides of ourselves: the hard side that is stoic and independent and the soft one that is vulnerable and interdependent, said Way, author of "Deep Secrets: Boys' Friendships and the Crisis of Connection."

The hard side has been characterized as masculine and inherently preferable, and the soft side has been seen as feminine and lesser than, Way said.

Boys receive messages that growing up and "manning up" mean shedding that soft side — a mindset that neuroscience, social science and developmental psychology all show is harmful to them, Way said.

"We gender relationships as feminine," Chu said. "If that's a feminine thing, it becomes a weakness or a liability if (men) admit to needing friendships."

Characterizing the gender of these experiences has a clear impact, Sileo said. Men who were more emotionally restricted, focused on power and who scored high on surveys measuring homophobia are less likely to have intimate and close friendships, he said.

And the drive to toughen up and never show vulnerability that restricts men from friendships can lead them to loneliness, violence and anger, Way said.

"We live in a culture that clashes with our nature," she said. "If we raise children to go against their nature, we shouldn't be surprised if some of those children grow up to struggle."

Heterosexual men seeking closeness might turn to those they see as better at building relationships and feel comfortable exploring their vulnerability with: the women in their lives and their romantic partners, Way said.

It may seem like a good solution, but it works neither for the men nor the women they look to, Sileo said.

Putting everything on a romantic partner can strain a relationship, he said, whether it is going to a female partner exclusively for emotional support or depending on her to cultivate friendships and get-togethers for holidays and weekends.

It is crucial to have multiple people to go to for support for different perspectives, Chu added.

Community is important, and keeping struggles, questions and concerns with one person or one relationship doesn't always provide the best help to see them through, Way said.

"A male partner thinks it's betrayal to talk to another person," Way said, "but the female partner is saying 'please do it, please get other perspectives.'"

How to build friendships

If you are wishing you had close friendships or that the ones you have went deeper, experts say it's OK to start small.

You don't even have to disclose your own vulnerabilities at first, Chu said.

"A very powerful place to start is listening and asking real questions," she said. "All people love when they can trust that this situation is safe and that someone is genuinely interested in them."

The key is to move beyond banter and general niceties and ask questions you find meaningful, such as what friends like about their jobs or what happens to their feelings after breakups, Way said. Don't worry, it's not rude to do so. Most people report wanting to be asked these questions, she said.

Each relationship has its own rules and protocol, and it's good to work within these, Sileo said. You might start asking something of a friend and find that person is hesitant to talk about it, Chu said. If this is the case, you can jump in and offer your own vulnerability by talking about how that topic might be bothering you or how you've been thinking about it.

Sometimes the rules of the relationship might mean avoiding the vulnerability of sitting face-to-face, Sileo said.

In those cases, find an activity such as the gym, work or a community project where you can connect side by side through a shared purpose, Sileo added.

And if you need to build friendships from scratch, follow the lead of the women in your life and ask someone to grab coffee or a bite to eat, Way said.

Putting in time, effort and intention is the key, Sileo said. Showing up and spending time is crucial to building those important friendships.

"Quality counts here," he said. "If you can have a handful of friends that are quality, that's better than having a slew of friends."