Why bacon could get a lot more expensive 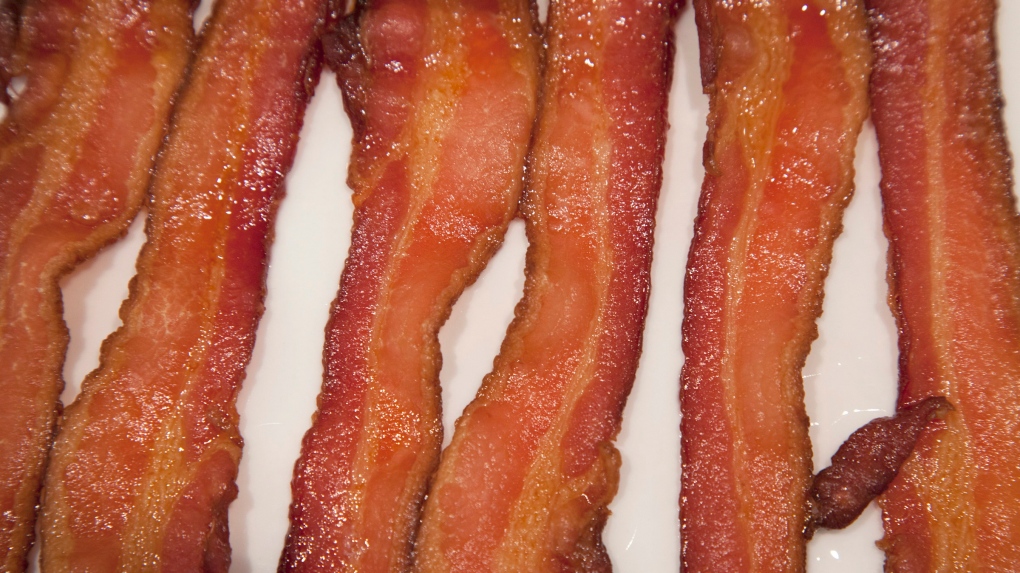 Bacon and pork product prices in Canada and across the world are expected to spike as a result of the African swine fever outbreak in China, experts predict.

The disease is killing thousands of pigs in China -- one of the world’s largest pork producers -- which is wreaking havoc in the global pork supply chain.

“It’s having a huge impact on the population of the world,” University of Guelph professor Robert Friendship told CTVNews.ca over the phone.

He explained that higher pork prices across the world will be the result of a large chain reaction.

It boils down to this: China’s booming middle class is now eating more pork, but with the swine fever overwhelmingly killing pigs from China, the country is going to need to import more pork. This will make pork more scarce worldwide and increase the price for everyone.

Pigs and pork byproducts have never been eligible for Canadian import from a country affected by African swine fever.

“Everything will get passed onto the consumer,” Friendship said, adding this effect would be particularly felt in the price of processed and cured meats like bacon and ham.

“[Pork] prices are likely going to go up until this issue with African swine fever is corrected,” he said. “And it looks like that could take quite a while … it’s going to get worse, before it gets better.”

One estimate pegged China as producing half of the world’s meat, with Friendship saying half of the pig population specifically used in mass food production is in China. But as China’s middle class has grown, so has their meat consumption.

Friendship warned that if China is unable to meet its demand for pork, it will begin turning to other animal products, which could in turn increase the price of beef and poultry for everyone too. “The meat of choice in China is pig and disease has been devastating for them,” Friendship said. “They have lost a lot of pigs and they will be doing lots of culling.”

He noted that although official figures from China suggest the outbreak’s effect have been minimal, experts estimate that “we’re dealing with tens of millions of pigs who have disappeared.”

Friendship estimated the decrease in pigs is roughly the equivalent of what Canada and the U.S. produce combined. And this lack has created a vacuum.

“Despite the tariffs and trade wars going on, they’re coming out and buying pig meat and that’s starting to affect prices in North America,” Friendship said. “The rest of the world does not produce enough pig meat.”

Arlan Suderman, chief commodities economist at INTL FCStone told CNN "we expect it to be a five to seven year problem before production can be restored."

And while the price for pork is expected to rise, Friendship said the winners in this situation are Canadian pig farmers.

THE SPREAD OF SWINE FEVER

“There’s no cure, no vaccine available and … if a pig is infected but not showing clinical symptoms, the virus may be in the meat for months,” Friendship said. “If meat is cured [like] sausages or ham, those can those still can carry the virus.”

Although the latest outbreak was first noticed in China last August, the disease has spread across Russia, eastern Europe and is now moving across Vietnam and Cambodia.

He also stressed that people shouldn’t be worried about contracting African swine fever as it only affects pigs. But people could still accidentally spread the virus through contact or by unknowingly smuggling in affected meat.

This is why travellers at borders and airports are asked if they’ve dealt with pigs or travelled to farms where pigs could have African swine fever.

“We’ve got a good track record of keeping these kind of diseases out,” Friendship said. “Canadian pig farmers shouldn’t have any sleepless nights.”

“I feel the risk is low but the consequences of an inadvertent outbreak would be devastating,” he said, adding that could include billions of dollars lost in revenue and and potentially closed borders.