Together, but apart: 1.5 million Canadians living away from their partners 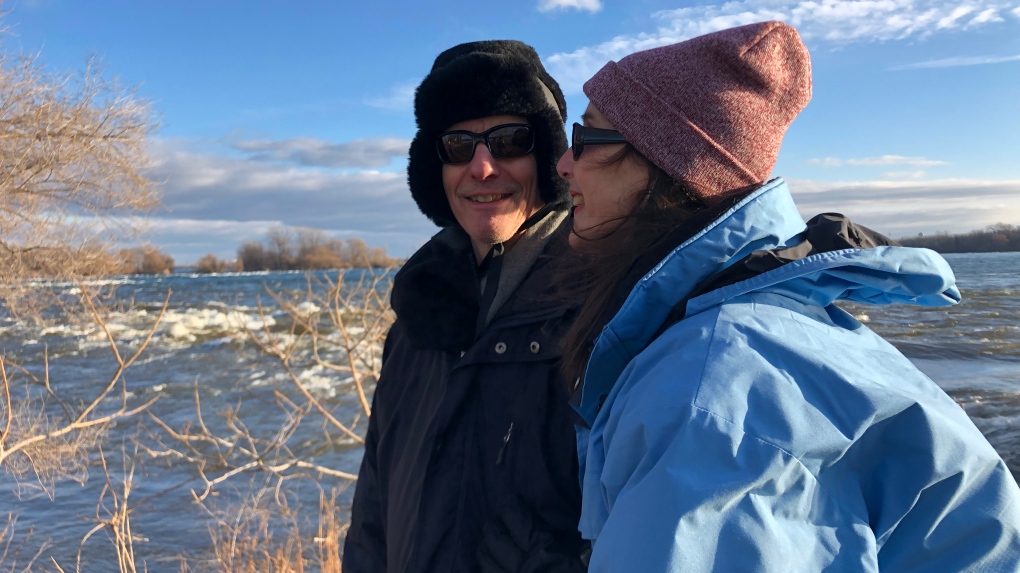 Sharon Hyman and David Demetre have considered themselves a couple for 20 years, and have maintained separate homes in Montreal for that entire time. Hyman explored the concept of "living alone together" in her documentary “Apartners: Living Happily Ever Apart.".(Sharon Hyman)

Nearly 1.5 million Canadians between the ages of 25 and 64 consider themselves to be in a couple with a partner who lives somewhere else.

New data from Statistics Canada shows that the proportion of “living-apart-together” (LAT) Canadians has been steadily increasing over the past decade-plus, going from six per cent of the in-a-relationship population in 2006 to nine per cent in 2017.

Asked why they were not living with their partner, 34 per cent of respondents told StatCan it was an intentional choice. Another 15 per cent said they and their partner had never considered living together.

Indeed, the idea that two adults can be in a committed relationship without living together is something many Canadians may not have considered.

Sharon Hyman, a filmmaker living in Montreal, has been in an LAT relationship for 20 years – and fielding surprised reactions about it for just as long.

“I never thought it was anything unusual, but people always seemed to be fascinated by it,” she told CTVNews.ca Wednesday.

“I don’t know why it’s such a strange thing for somebody to not live with their partner, but in the West, in Canada, the trajectory was always you meet, you fall in love, you marry, you live together.”

Hyman says people generally seem more open-minded to the idea of LAT arrangements than they were when her relationship began. She’s also seeing an increase in envy, particularly from women.

“I can’t tell you how many people have said to me ‘If I knew this was an option, I would still be married,’” she said.

Younger adults are more likely to report living away from their partner, with 20 per cent of coupled-up Canadians between the ages of 25 and 34 saying it’s the case for them. That number falls to seven per cent when the age range is increased to 35 to 54, and five per cent for 55-to-64-year-olds.

A 2014 study looking at LAT lifestyles interviewed 28 long-term LAT couples in Vancouver and Victoria about their reasons for living away from their partners. It focused on heterosexual mid-life and late-life LAT relationships, and no one interviewed was younger than 39.

The study found that people in LAT arrangements typically preferred avoiding the “structural commitments” of cohabitating relationships such as children, joint finances and division of housework in favour of a lifestyle where they felt they could receive the happiness and emotional support of being in a couple without as many of the stresses.

People in LAT relationships told researchers they appreciated the comforts of living on their own and were satisfied with seeing their partner a few times a week.

Hyman found similar responses when she set out to chronicle the lives of people in LAT relationships for her documentary “Apartners: Living Happily Ever Apart."

Nearly all of the people who spoke to the researchers for the study had previously been in cohabitating relationships and spoke of a need for self-protection. Many said they wanted to avoid rejection, abuse or other trauma they endured during previous relationships, and felt living with their new partner could bring those fears back to the forefront.

Financial considerations may also play a role in whether a couple pursues a LAT arrangement. Some of the couples acknowledged that living apart from each other allowed them to avoid the legal and financial complications of common-law relationships, albeit at the expense of having to maintain two separate households. They described living alone as a “luxury” that might not be within reach for others.

In Hyman’s case, she and her partner figure they’re able to save money by living in separate apartments. The two apartments give them all the room they need, but are far smaller and far cheaper than any home they would be willing to share.

“We share our whole life together – but he’s not my whole life, and I’m not his whole life,” she said.

Hyman’s work on her documentary brought her into contact with many different sorts of LAT arrangements. Some couples live close together. Some don’t. Some have children from previous relationships. Some have children together,  despite the inherent difficulties of raising kids between two households. 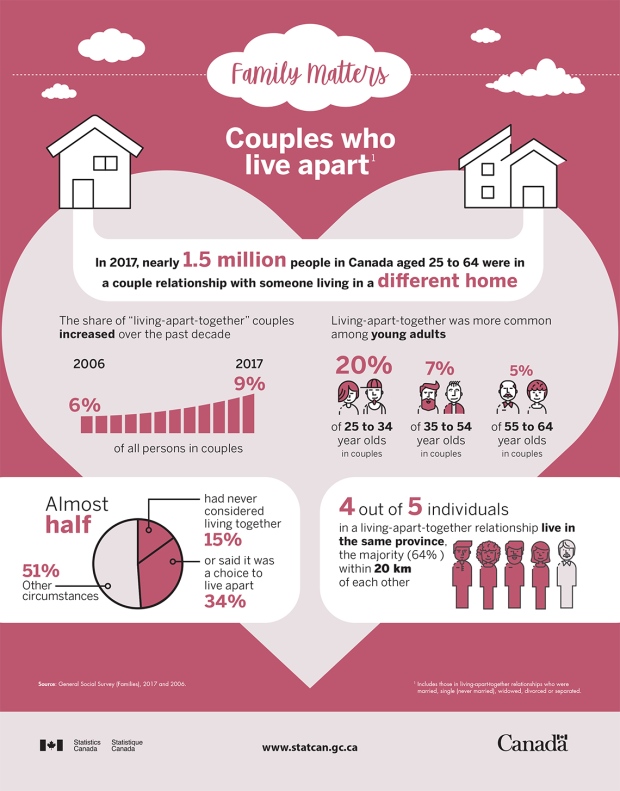