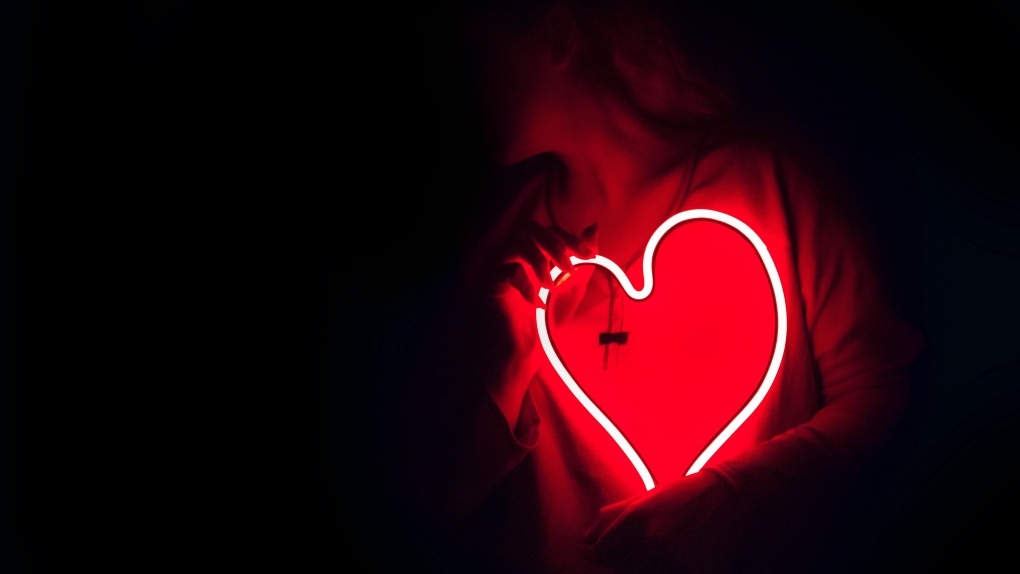 At $22.5 million, romance fraud was Canada’s number 1 scam in 2018 in terms of money lost, the Canadian Anti-Fraud Centre says -- and they only believe that about five per cent of Canadians report being victims. (Designecologist/Pexels)

It took 10 months and $3,000 in money transfers before Michelle Boyer of Ottawa realized that she was the victim of an online romance scam.

“He used to send me poems,” she told CTVNews.ca. “When I showed my sister… she’s like, ‘These are poems from a poetry website!’ So it wasn’t even stuff from him. And then it started clicking in.”

Romance scams cost Canadians more than $22.5 million in 2018, surpassing all other forms of fraud in terms of money lost, according to the Canadian Anti-Fraud Centre (CAFC). But the CAFC also believes that only about five per cent of victims are filing reports.

“Dating sites are not a bad thing -- it’s a very good way to meet someone,” Jessica Gunson, the CAFC’s acting call centre and intake unit manager, told CTVNews.ca. “But what (you) need to know is that there are dangers that lie within there.”

The CAFC says a romance scam occurs when “any individual with false romantic intentions” attempts to gain another’s “trust and affection for the purpose of obtaining the victim’s money or access to their bank accounts or credit cards.” Most romance scams, they say, begin on social media or online dating sites -- which is exactly what happened to the Ottawa woman that CTVNews.ca interviewed for this story.

“When it comes to romance scams, you always have to be on the lookout for those red flags,” Sgt. Guy Paul Larocque of the RCMP added in a statement. “We are talking about a new relationship with someone you met online that seems too good to be true and that grows really fast. The person seems overly eager to meet you until something happens… (and) they suggest they need money from you.”

“We know that there are many more victims that have sent money but have not reported it,” Gunson said. “And our message there is that they’re not alone; they should never feel ashamed.”

In 2018, romance fraud was also the number 1 scam in Canada in terms of dollars lost, according to CAFC data, costing Canadians nearly double what wire and loan fraud did. That’s up from 2017, when 750 victims reported losing a total of $19.6 million.

Because many scammers operate overseas, victims also seldom recoup the money that’s been taken from them.

Recently released RCMP data paints an even fuller picture, showing that more than two-thirds of all Canadian romance scam victims were in Quebec and Ontario. In the Northwest Territories’ sole documented 2018 case, a victim even shelled out a shocking $72,285.51 to their scammer.

“The only way to stop these scammers is through prevention,” Gunson said.

The chief warning signs, Gunson explains, are if:

Also be sure to never send intimate photos or personal or financial information to someone you don’t really know, Gunson says.

“Just be aware,” Gunson, who actually met her husband online, added. “When you get that request or that message from someone, there’s no harm in speaking with them. But if you can’t meet up with them at a local coffee shop face-to-face, you don’t want to be dealing with them. And the second that they ask you for money, that’s your red flag that you’re most likely dealing with a scammer.”

In some cases, the CAFC says, suspects can even try to get a victim to unwittingly commit fraud on their behalf by accepting and then transferring goods or funds, thus turning them into a “money mule.”

Gunson’s chief advice for online daters is to “trust your gut” and never send money to someone you don’t know in person.

“With romance scams, there’s a huge emotional impact,” she cautioned. “There will be often be an urgency, you know, that there’s been an emergency, (that they) need the money right away. They don’t want the victim to have time to stop and think.”

‘HE KEPT SAYING WHAT WOMEN WANT TO HEAR’

In 2010, Michelle Boyer of Ottawa was fresh out of a “pretty rough” 22-year relationship when she decided to try online dating.

“I met a guy on there and we just started talking all the time, online and on the phone,” Boyer, who was in her late thirties at the time, told CTVNews.ca in a telephone interview. “He said he lived in Florida but he was in Nigeria working for an… oil company.”

About a month in, the man began asking Boyer for money. At first it was just small and infrequent requests: $50 for food, $100 for something else. Most of it was sent via Western Union. The requests, however, kept coming, and the dollar amounts kept rising. Boyer’s friends and family began warning her -- a woman who worked at Western Union even raised red flags too -- but Boyer was lonely and vulnerable. She didn’t want to see the writing on the wall.

“He kept saying what women want to hear, like, ‘You’re great,’ ‘You’re beautiful,’” Boyer recalled. “I’m a bit of an overweight woman, so, for a guy to say that -- and I hadn’t heard it in so long – you know, you believe it.”

She even eventually paid for him to fly to Ottawa and started thinking about following him to Florida. But when the man suggested that Boyer sell her recently deceased father’s wedding ring to raise even more money for him, she finally started becoming suspicious. Boyer then began reading stories online and quickly realized that her online relationship displayed many hallmark signs of romance fraud.

“Until I saw it in writing, I didn’t believe it,” she said. “I sat there and was like, ’How many other people is he doing this to at the same time?’”

Boyer soon cut off all communication. In total, she says she lost a little more than $3,000 over a ten-month period.

Considering that most romance fraud victims don’t file police or CAFC reports, by going public, Boyer is an outlier.

“I think a lot of people don’t talk about it just because they’re embarrassed,” she opined. “But if I can save people anything -- any money or heartbreak or whatever -- then by all means I would rather help somebody.”

Boyer has also since found love too. Earlier in February, she even celebrated her seventh wedding anniversary with an Ottawa-area man who she also met online.

“I couldn’t be happier!” Boyer said. “Keep trying, but I would say, stay local and don’t send money.”

If you believe you have been the victim of romance fraud, the RCMP and CAFC urge you to stop all contact with your alleged scammer, contact your financial institution to halt any outstanding payments, report the situation to your local police with as much information as possible and also file a report with the CAFC through their confidential online reporting system or by calling 1-888-495-8501.

“Most mass marketing fraud goes unreported and we need to change that,” Sgt. Larocque of the RCMP said. “Information you provide may alert us of a new trend or be the missing piece needed to disrupt a criminal activity.”

For more on romance scams and how to avoid them, visit the CAFC and RCMP’s romance scam information pages.