Healthy food trends that blew up in 2017 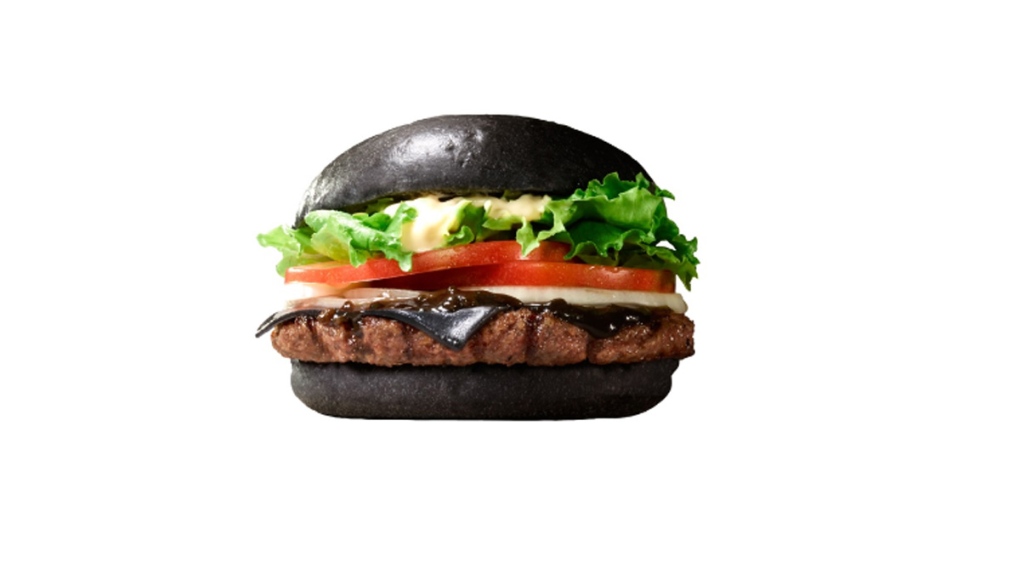 This year there were a lot of interesting health and wellness fads, such as goat yoga and cryotherapy, but healthy food trends really took the spotlight in 2017.

Meatless alternatives, funky-coloured food, and saying no to sugar were just some of the trends that caught our eye.

CTVNews.ca spoke with food trend expert Dana McCauley and registered dietician and nutrition expert Jane Dummer to get the dish behind 2017’s biggest healthy food crazes and see if you should bother keeping up with them in the New Year. 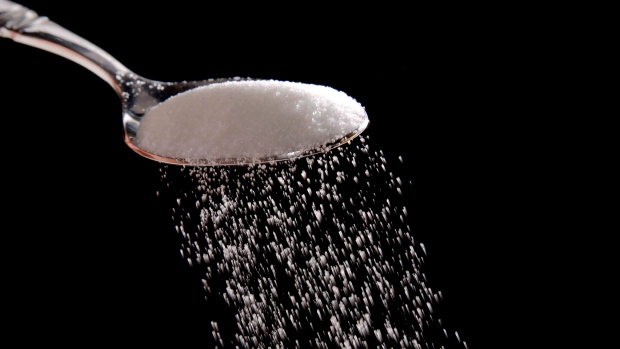 In 2017 people were serious about kicking their sugar addictions, even Google Trends showed a spike in sugar detox searches.

“A lot of it has to do with the fact that there were a lot of articles and stories that focused on the evils of sugar and the new messaging coming out from Health Canada is very much about minimizing about how much sugar you consume and how it effects and converts into fat in the body,” McCauley explained.

In recent years, sugar has been linked with cancer, mental health issues, diabetes, weight gain, and a host of other health-related problems.

This year, Canadian health bodies focused on reducing sugar in children’s diets, with campaigns against sugary drinks, such as soda, energy drinks and fruit juices.

There was even a proposed sugar tax, which according to a study from the University of Waterloo could save more than 13,000 lives over 25 years.

With all the focus on cutting sugar out of one’s diet McCauley noticed an upswing in paleolithic and ketogenic diets, both of which focus on high-protein, low-carbs and non-processed foods.

“Paleo and keto diets are really gaining a lot of moment since the summer,” said McCauley, predicting their popularity will continue to grow into 2018. 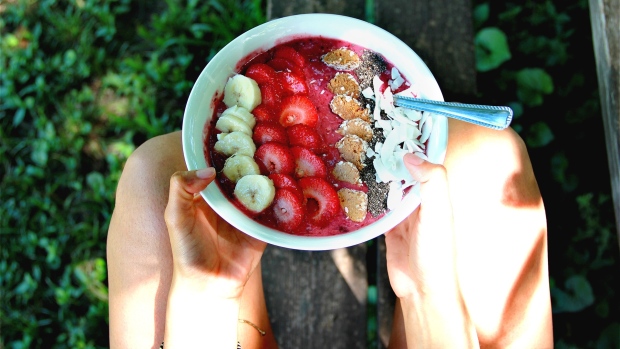 Despite the fact people have been eating food out of bowls for centuries, the bowl meal trend took off this year. Smoothie bowls, acai bowls, poke bowls, Buddha bowls, you name it, they all provided some truly Insta-worthy meals.

McCauley says the trend not only has to do with health but also how and where people are eating.

“More Canadians are eating alone and are more likely to be in front of screen. Bowls just make it easier to cradle in your hand, ” she said.

The trend likely isn’t going anywhere with national food chains such as Chipotle, McDonalds and Freshii profiting off the idea. 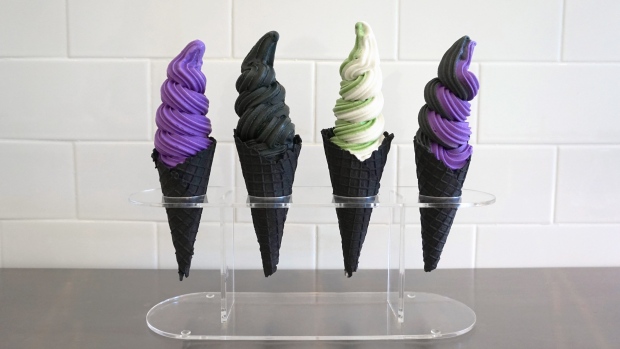 This ingredient is everywhere. It can be found in supplements, face wash, drinks, burger buns, pizza crusts and even soft serve ice cream.

Dummer explained that it used to be used in emergency rooms to treat drug overdoses and poisonings but now is more commonly used in fad detoxes or to add colour to food.

“It’s kind of fun. There aren’t a lot of grey or black foods out there,” she said.

However, Dummer warns people against using it as a detoxifying agent, as it takes a lot of it to get any reaction and a medical professional does not regulate it.

The amount of charcoal used for drug overdoses is 100 to 200 times the amount you'd get in a typical 250-milligram supplement, so one or two pills or a smoothie with some charcoal chucked in won't "detoxify" anything.

Additionally there's little published scientific evidence to suggest that activated charcoal helps these types products work any better than products without it.

As for seeing activated charcoal products in 2018, Dummer told CTVNews.ca she doesn’t see it being a long-term trend. 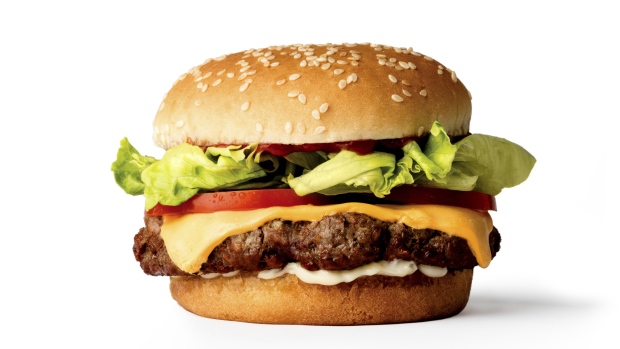 As vegan and vegetarian diets become more common there has been a rise in the number of meatless alternatives available on the market.

So what were the biggest meatless food trends?

Dummer told CTVNews.ca that jackfruit, which is only grown in Southeast Asia, became super popular among non-meat-eaters this year.

“The texture does really mimic meat and it’s high in protein,” she said, adding that preliminary animal studies have shown favourable results with jackfruit antioxidant properties. “I think it’s going to trend again 2018.”

Dummer also highlighted nooch, nutritional yeast that is often substituted for Parmesan cheese. However, she told CTVNews.ca that she doesn’t think the market is big enough to see it trend in 2018.

But according to Google Trends the most popular meatless alternative this year was the Impossible Burger.

The Impossible Burger, looked, smelled, and tasted like meat. It even bled like meat but was made entirely of plant-based products.

The burger not only helps consumers eat less red meat, which has been linked to cancer and heart disease, but it also helps out the environment.

The trend for realistic meat-alternatives doesn’t seem to be going anywhere, earlier this year a meatless butcher shop opened in B.C. 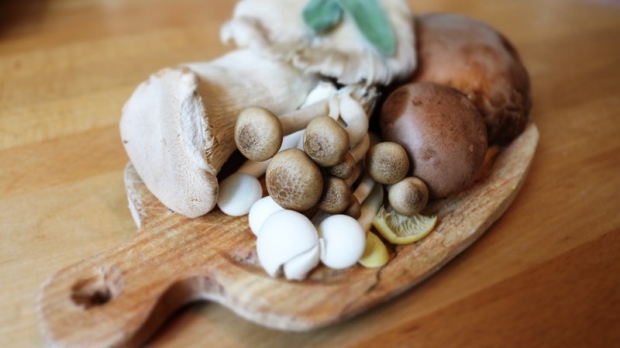 Thanks to Gwyneth Paltrow and her lifestyle blog Goop, healing mushrooms such as chaga became a huge health food trend in 2017.

Wellness sites claim chaga, and other medicinal mushrooms, are anti-viral, anti-bacterial, anti-inflammatory, could enhance the immune system and fight cancer, among other benefits. However, there is little to no scientific evidence to substantiate these claims.

“It’s super popular among the starlets and very prominent in L.A.,” said McCauley. “But what’s cool about it … is Canada grows tons of chaga.”

The mushroom with Indigenous roots is now beginning to pop-up in restaurants and even more accessible products.

“Chaga could really become a more mainstream [in 2018],” said McCauley. 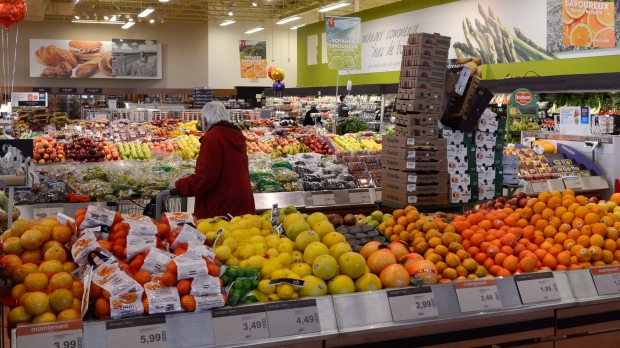 Just because it doesn’t look pretty, doesn’t mean it’s not as nutritious and healthy, is the thinking behind the ugly produce movement, which swept the nation this year.

Not only is the trend good for your health (fruit and vegetables are always a good thing) but also it reduces food waste.

“Chefs have been embracing it in big cities like Toronto and Montreal,” said McCauley. It started to trickle down into the mainstream, showing up in grocery stores such as Loblaw and No Frills as well as food delivery services jumped on the bandwagon such as Misfit Produce.

“It’s really taking off in these types of young and progressive types of environments and consumers are becoming much more willing to buy the naturally imperfect [food],” said McCauley, adding that she hopes the trend will continue. 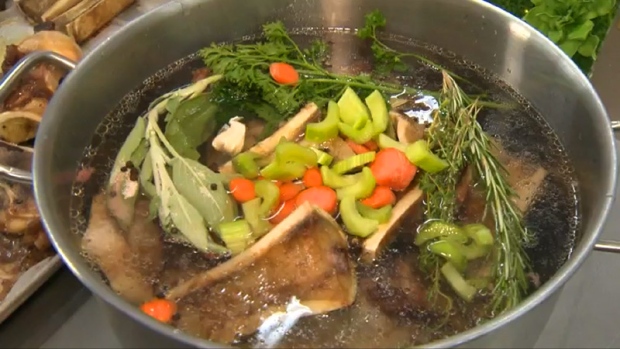 “The roots of it come from ‘brodo,’ which is the Italian word for stock,” explained McCauley. It reached fad status when New York chef Marco Canora started selling cups of broth out of a takeout window. According to Google Trends bone broth was very popular around the world all year.

There are a number of health benefits associated with the meaty drink such as, intestinal healing, protecting joints and increasing bone strength, helping people fall and stay asleep, and making skin look younger.

Whether or not there is evidence to back the numerous health claims McCauley still thinks it’s a great trend.

“It’s a hot drink that doesn’t contain any sugar or caffeine and we’d like to see it grow,” she said. 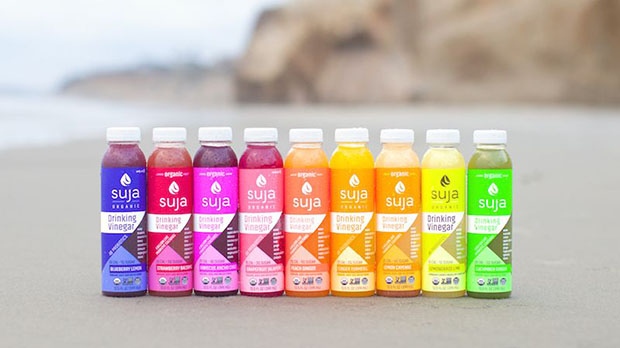 The latest trendy beverage on the block is drinkable vinegar, according to Dummer.

In 2017 there was a wave of bottled beverages starring an ingredient that is normally used in salad dressing.

Dummer says the trend started in part due to Beyonce, who used a vinegar cleanse to lose the baby weight, and other celebrities who claim they use it such as Kourtney Kardashian.

Dummer told CTVNews.ca she sees this trend becoming even more popular in 2018. 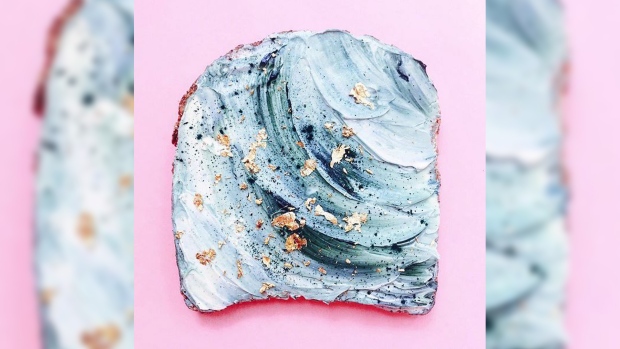 While it doesn’t look healthy, the latest craze in unicorn food is actually plant-based and super healthy.

There were also less healthy iterations of unicorn food, such as the Starbucks’ Unicorn Frappuccino, but despite the overwhelming popularity this year McCauley doesn’t see the trend lasting through 2018.

“It’s like fashion in that way and it’s the flavour month,” she said.

The next “flavour” is anyone’s guess. Perhaps clear food, like the see-through pumpkin pie seen earlier this year, will take off. But whatever it is, it will no doubt be visually stunning.