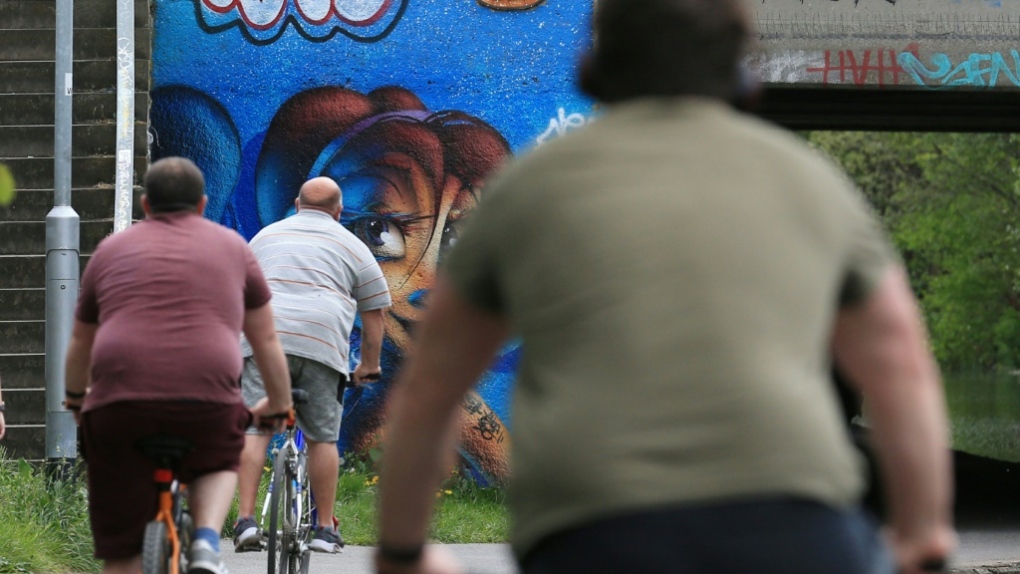 High rates of obesity are believed to be one factor in Britain's high COVID-19 death toll. (AFP)

LONDON, UNITED KINGDOM -- Scientists on Thursday described a drug which hijacks the body's appetite system as a potential "game changer" in treating obesity after research showed it could cut body weight by up to 20 per cent.

The results from the large-scale international trial, which were published in the New England Journal of Medicine, showed more than one third of those who took the drug semaglutide lost over one fifth of their body weight.

The study, which involved almost 2,000 people in 16 countries, also showed three quarters of those who took the drug lost more than 10 per cent of their bodyweight.

The drug is currently used to treat diabetes and works by altering appetite regulation to reduce calorie intake.

One of the main authors of the study, Rachel Batterham from University College London, called the study a "major breakthrough".

"No other drug has come close to producing this level of weight loss –- this really is a game changer," Batterman said.

"For the first time, people can achieve through drugs what was only possible through weight-loss surgery."

But he cautioned that "weight loss will still need lifestyle change, and that any medication or change in lifestyle can bring potential risks and side-effects".

The study's British authors highlighted the impact improved treatment of obesity could have on health outcomes for a range of illnesses, including COVID-19, heart disease, Type 2 diabetes and cancers.

"This drug could have major implications for U.K. health policy for years to come," said Batterham.

U.K. health experts have drawn a line between widespread obesity and the high death toll in the country during the COVID pandemic.

With more than 114,000 deaths, Britain is among the worst-hit countries in Europe by the disease.

The evidence from the trial has been submitted for the regulatory approval of semaglutide as a treatment for obesity in Britain, the European Union and the United States.