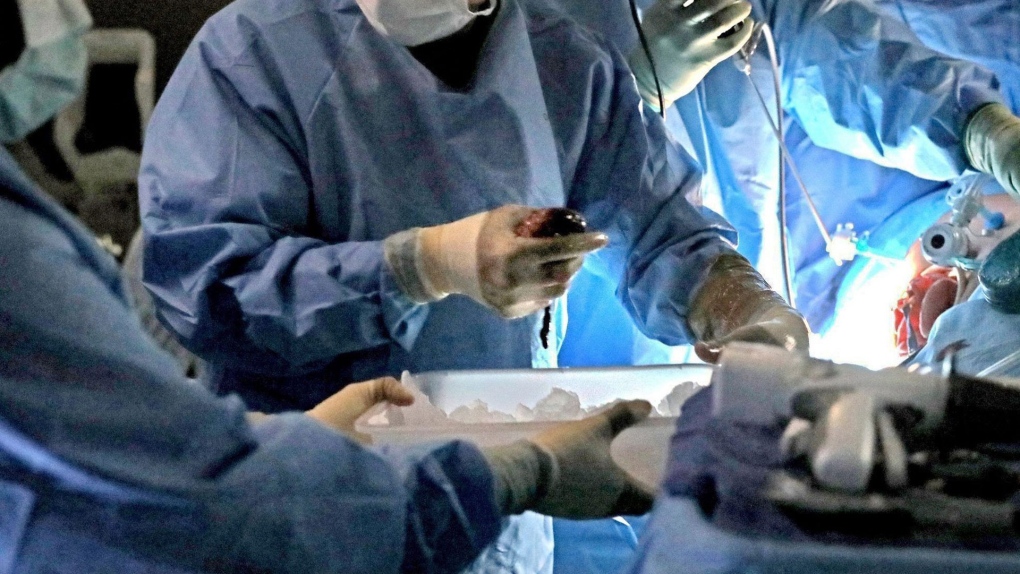 In this Jan. 17, 2018, file photo, a transplant surgeon holds the kidney from a donor during surgery in St. Louis. (Laurie Skrivan / St. Louis Post-Dispatch via AP, File)
toronto -

A new study is suggesting that the simple act of taking photos of post-surgical wounds on a cellphone could be a tool in helping to spot infections early and cut down on complications following surgery.

The idea is called taking a ‘surgery selfie,’ and a study from the University of Edinburgh published in the journal npc Digital Medicine on Thursday has found that they are associated with fewer visits to the doctor and improved advice from physicians for patients.

“Since the COVID-19 pandemic started, there have been big changes in how care after surgery is delivered. Patients and staff have become used to having remote consultations, and we’ve shown we can effectively and safely monitor wounds after surgery while patients recover at home,” Dr. Kenneth McLean, a clinical research fellow at the University of Edinburgh and co-lead of the study, said in a press release. “This is likely to become the new normal.”

According to the release, the third-largest cause of death globally is death that occurs within 30 days of surgery.

In the study, researchers recruited adults who had received abdominal surgery at two tertiary hospitals between July 2016 and March 2020. Out of the 429 patients, 269 were given routine postoperative care, while 223 were also given access to a “wound assessment tool” through a smartphone.

All patients then reported symptoms on days three, seven and 15 after their surgery, while the smartphone patients sent wound photographs on those days.

The key thing doctors were looking for was the time it took to diagnose a surgical site infection (SSI).

Between the control group and those taking surgery selfies, there wasn’t a significant difference in the number of people who developed an SSI, with 8.3 per cent of the entire group developing the condition.

Additionally, the group with smartphones were 3.7 times more likely to receive an SSI diagnosis within a week of their operation.

There were also significant differences in the healthcare service usage between the two groups, with patients from the smartphone group accessing much less community care. Patients using smartphone tools also reported having easier access to care in terms of wait times and accessing good advice from doctors easily.

Researchers acknowledged that while they did not receive definitive results in terms of whether this would truly improve time to diagnosis or not, the study suggests that using smartphone photos of post-surgical wounds can help with routine care for patients and reduces the burden on the healthcare system by cutting down on check-ups.

“In particular, the tool demonstrated high negative predictive discrimination, meaning SSI could be ruled-out with confidence,” the study explained.

“Our study shows the benefits of using mobile technology for follow-up after surgery,” Ewen Harrison, a professor at the University of Edinburgh and study lead, said in the release. “Using mobile phone apps around the time of surgery is becoming common - we are working to scale this within the NHS, given the benefits for patients in continuing to be directly connected with the hospital team treating them.”