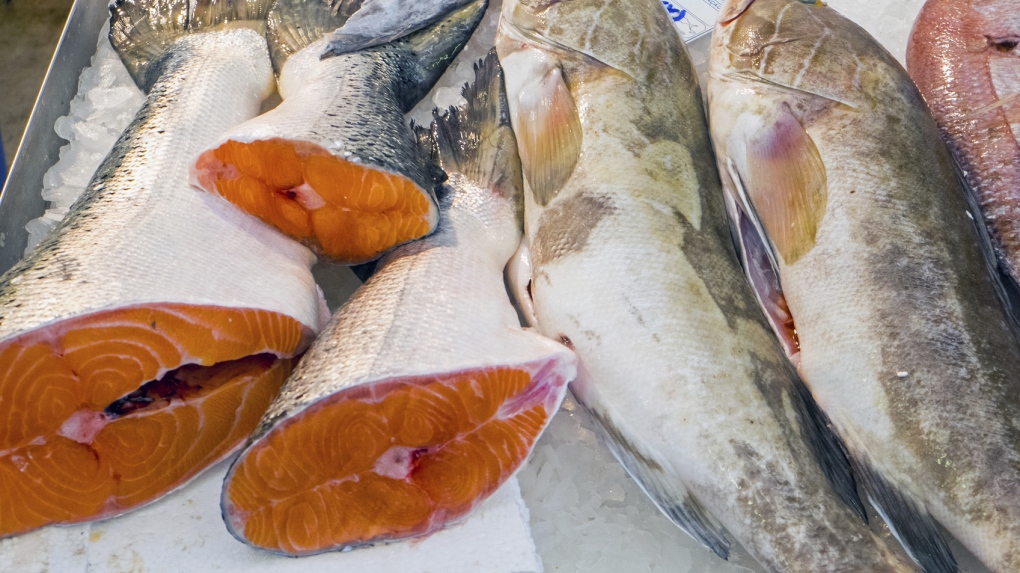 AquaBounty, based in Maynard, Mass., has said its salmon will contain genetic material from chinook salmon that help it reach adult size faster, creating a less expensive product. (elxeneize/Istock.com)

Environmentalists charged Monday that genetically modified salmon are being marketed in Canada without warning labels and called on supermarkets to withdraw them from sale.

"The first genetically modified animals have arrived in the market and Canadian consumers are becoming, unwittingly, the first guinea pigs," said Thibault Rehn of the group Vigilance OGM.

On Friday, U.S. company AquaBounty Technologies announced that it has sold about five tonnes of genetically modified salmon filets in Canada, after receiving a green light from food and health authorities.

The Health Ministry and the Canadian Food Inspection Agency ruled in May, after three years of testing, that the genetically modified salmon is "as safe and nutritious as conventional salmon."

"No one except AquaBounty knows where the GM salmon are," said Lucy Sharrat, of the Canadian Biotechnology Action Network.

"The company did not disclose where the GM salmon fillets were sold or for what purpose, and we're shocked to discover that they've entered the market at this time," she said.

The genetically modified salmon are raised in Panama but AquaBounty plans to begin producing them in eastern Canadas' Prince Edward Island.

The company has reached an agreement with the provincial government to build an aquaculture farm there, but it has not yet received permission from the Health Ministry.

AquaBounty's genetically modified salmon has a growth hormone gene that enables it to grow more rapidly than conventional salmon.

It can reach adult size in 16 to 18 months, compared to 30 months for natural Atlantic salmon. AquaBounty's salmon is an Atlantic salmon that has been modified with a growth gene from a Pacific chinook salmon.

Consumer and environmental groups have been trying to persuade big supermarket chains to refuse to market the transgenic salmon.

Costco, the giant American discount chain, indicated in 2016 that it would not offer the fish for sale in its supermarkets.