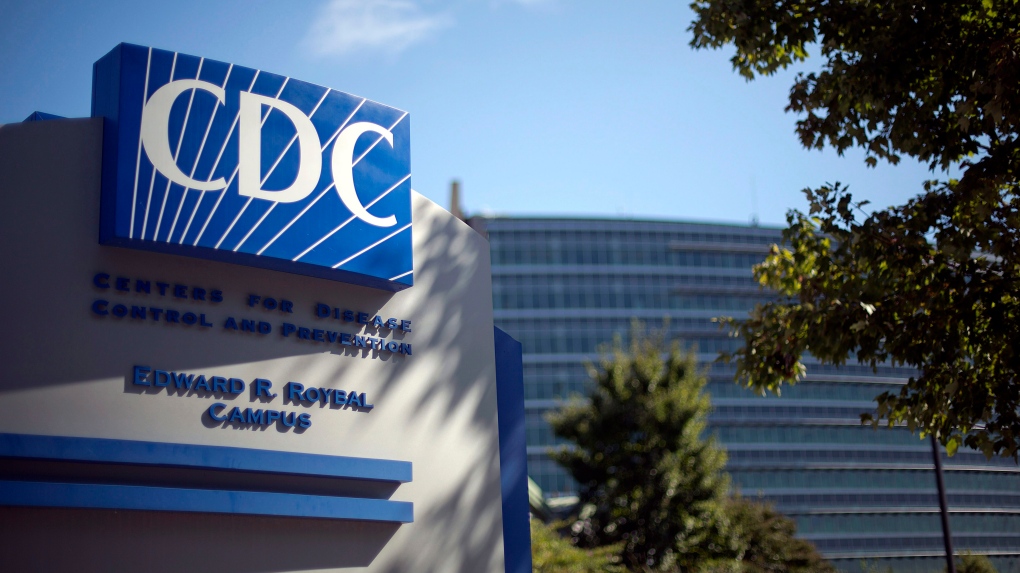 In this Oct. 8, 2013, file photo, a sign marks the entrance to the federal U.S. Centers for Disease Control and Prevention (CDC) in Atlanta. (AP Photo/David Goldman, File)

TORONTO -- More than 200 individuals in 27 states are being monitored for possible exposure to monkeypox after they came into contact with an American man who contracted the rare disease after returning from a trip to Nigeria, the U.S. Centers for Disease Control and Prevention (CDC) has confirmed.

The government agency said, at present, there is only one confirmed case of monkeypox in the U.S. and none of the individuals identified for monitoring are considered to be at a “high risk” for the disease.

“These individuals were on flights with the patient or had known contact with the patient. The investigation is ongoing and the numbers may change slightly in the days to follow, but at this time no additional cases have been identified,” Amanda MacGurn, a health communication specialist who works with the CDC’s poxvirus and rabies branch, said in an emailed statement to CTVNews.ca on Wednesday.

On July 15, the CDC and Texas Department of State Health Services confirmed a human case of monkeypox in a man who is currently hospitalized in Dallas.

The man had flown from Lagos, Nigeria to Atlanta on July 8 and from Atlanta to Dallas the following day.

“Travelers on these flights were required to wear masks as well as in the U.S. airports due to the ongoing COVID-19 pandemic. Therefore, it’s believed the risk of spread of monkeypox via respiratory droplets to others on the planes and in the airports is low,” the CDC said in a statement at the time.

MacGurn said the CDC sent notifications to clinicians and is in contact with public health authorities across the country and internationally to ensure that people who may have been exposed are monitored and receive “prompt treatment” if they become ill.

“Early treatment and isolation of people who develop symptoms of monkeypox also helps to further prevent the spread of the disease,” she said.

According to the CDC, monkeypox is a rare but potentially serious viral illness that typically begins with “flu-like illness and swelling of the lymph nodes” and progresses to a widespread rash on the face and body.

Monkeypox was first discovered in colonies of monkeys kept for research in 1958 and the first human case was recorded in 1970 in the Democratic Republic of Congo, according to the CDC.

The virus that causes monkeypox is in the same family of viruses as smallpox, but it causes a milder infection that usually lasts between two and four weeks, the CDC said.

In the confirmed case in Texas, the CDC said the patient is infected with a strain of monkeypox that is most commonly seen in parts of West Africa, including Nigeria.

“Infections with this strain of monkeypox are fatal in about 1 in 100 people. However, rates can be higher in people who have weakened immune systems,” the health agency said in a statement.

While the natural reservoir of monkeypox remains unknown, the CDC said African rodents and small mammals are suspected to play a role in its transmission.

Although monkeypox is rarely seen in humans, the U.S. experienced a large outbreak of 47 cases in people in 2003 after the virus spread from imported African rodents to pet prairie dogs.