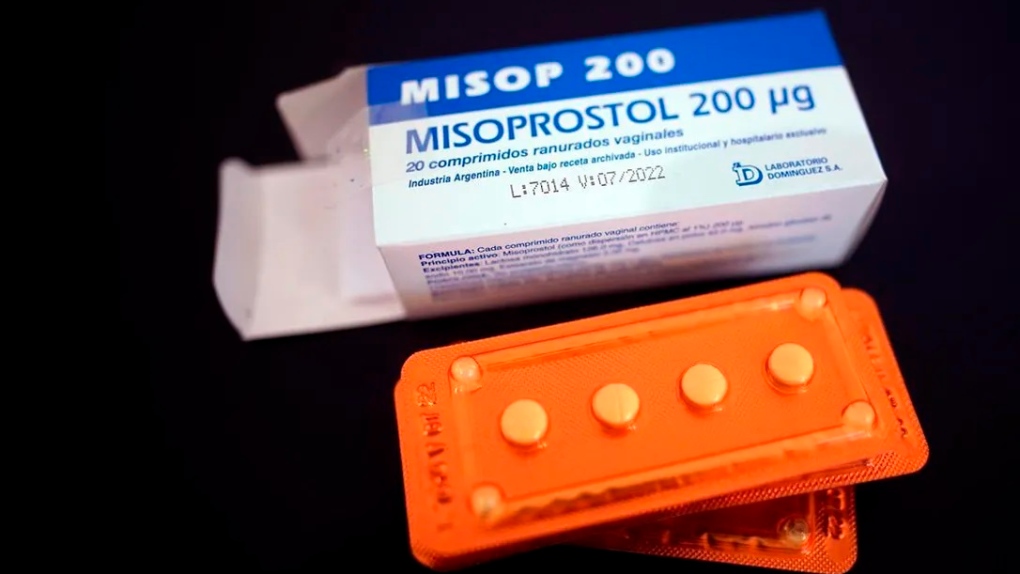 "The migrant woman was so afraid of being found out that she needed to be taken by somebody else outside of the farm for a medical appointment," said Encalada Grez, a transnational researcher and advocate for migrant workers who has been studying the subject for more than 20 years.

On the day she came to pick the woman up to bring her to Toronto to meet health-care workers who could perform the procedure, it was raining.

Because the woman was so worried about being seen, she met Encalada Grez far away from the farm in the Niagara region where she worked.

"What if she didn't have a friend or know anyone that does this type of grassroots work, what would have happened to her and her life?"

This experience is similar to many others Encalada Grez has had taking migrant workers to access an abortion. Moving in secrecy off farm property feels like organizing a heist.

Migrant women in Canada face profound barriers in accessing health care, especially when it comes to pregnancy. They often hide their pregnancies because if employers find out, they may send them home or refuse to hire them next season. Workers typically live on their employer's property and lack the privacy to discreetly seek care. Many live in remote, rural areas where abortion access is already sparse and transportation is hard to come by. And they face the added challenge of being unable to receive health care in their first language.

Another major barrier is cost, said Elene Lam, executive director of Butterfly, an organization of sex workers, social, legal and health professionals that advocates for the rights of Asian and migrant sex workers.

The migrant workers Lam advocates for typically lack provincial health-care coverage, and are required to pay out of pocket, she said. Depending on the stage of pregnancy, that can cost anywhere between a few hundred dollars and up to $1,500.

While many migrant workers can access public health care, not all of them can, said Lindsay Larios, assistant professor at the University of Manitoba, who studies precarious migration and reproductive justice.

This can be a result of having to wait the three-month period after arrival, during which time they must rely on private insurance. To get it, their employers have to file paperwork that sometimes doesn't get filed.

If they face issues with renewing work permits or visas, that can also mean a lapse in their immigration status.

When it comes to abortion, there is a lot of stigma around migrant workers having intimate or sexual relationships, said Larios.

She cited research that shows migrant workers are told by officials in their home countries or in Canada, or by their employers, that they should abstain from sexual relationships.

"Workers themselves feel that there's a real risk to their job -- for example, not being hired back the following year -- if they are seen as problematic employees who are transgressing this accepted unofficial policy," she said.

Despite the fact that the abortion pill, mifepristone, became available in Canada at the beginning of 2017, this has not necessarily translated into better access to abortion for migrant workers, said Larios and Lam.

The treatment, also known as medical abortion, can be done safely at home rather than requiring a trip to a clinic or hospital, but still requires a prescription from a doctor and costs hundreds of dollars if a patient has to pay out of pocket, Larios said.

Mohini Datta-Ray, executive director at Planned Parenthood Toronto, pointed out that medical abortion has very uncomfortable effects. It causes a lot of cramping, bleeding and pain, and is very debilitating for about a week or so, she said.

Given the few protections migrant workers have around their health, and how little it can take to deport them for an illness, disability or other scenario that makes them less valuable in the eyes of the employer, "it's just not the solution that you would think at first glance, if you're not in caught in this very impossible situation," said Datta-Ray.

If the federal government cares about abortion access, it could grant "status for all," a campaign to grant permanent residency for all temporary migrant workers and families with precarious legal status, said Frederique Chabot, director of health promotion at Action Canada for Sexual Health and Rights.

Action Canada supports the call because it knows without that, people will continue to go without abortion, Chabot said.

Encalada Grez echoed this and added that the government must reform temporary foreign worker programs so that employees are not tied to one employer and can have the freedom to go elsewhere, reducing the likelihood of exploitation.

"We need to be more accountable to the people that Canada brings in," she said.

The office of Carla Qualtrough, minister of employment and workforce development, has not yet responded to a request for comment.

This report by The Canadian Press was first published May 28, 2022. Canada Soccer says it has made a new compensation offer to its men's and women's national teams.