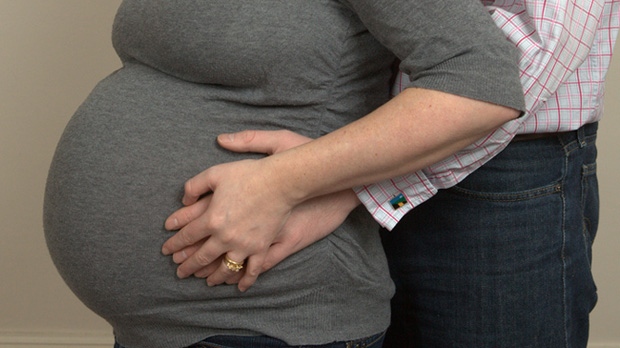 Women trying to get pregnant are often told, "You just to need relax and it'll happen on its own." And indeed, many of us have heard stories of couples who became pregnant as soon as they stopped "trying."

Now, a new study suggests there might be something to that "just relax" advice, finding women with high levels of a key stress biomarker are more likely to suffer from infertility.

The study looked at 501 healthy U.S. women between the ages of 18 and 40 who had just started trying to conceive; it followed them for 12 months or until they became pregnant.

The researchers from Ohio State University Wexner Medical Center tested the women's saliva and recorded their levels of cortisol, a hormone that's a well-known indicator of stress. They also measured their levels of alpha-amylase, a digestive enzyme also linked to stress.

The women did one saliva test when they enrolled in the study and another after the start of their first menstrual cycle.

The researchers found that cortisol levels were not linked to the women's likelihood of pregnancy. But women with the highest levels of alpha-amylase were 29 per cent less likely to get pregnant each month compared to women with low levels of this protein enzyme.

They were also more than twice as likely to meet the definition of infertility, meaning no pregnancies despite 12 months of regular unprotected intercourse. The full results appear online in the journal Human Reproduction.

The researchers, led by Dr. Courtney Denning-Johnson Lynch, director of reproductive epidemiology at the medical centre, say this study corroborates an earlier study they did in the U.K. linking high levels of alpha-amylase to a reduced likelihood of pregnancy.

"For the first time, we've shown that this effect is potentially clinically meaningful, as it's associated with a greater than two-fold increased risk of infertility among these women," Lynch said in a statement.

The researchers say their findings should encourage women who are having difficulty conceiving to consider stress-reduction techniques such as yoga, meditation and mindfulness.

However, Lynch notes that stress is not the only factor involved in a woman's ability to become pregnant, nor is it likely the most important factor. For that reason, she said couples should not jump to blame themselves or their lifestyles if they are experiencing fertility problems.

A women's age is a key factor in her ability to conceive, as fertility decreases with age, particularly after 35.