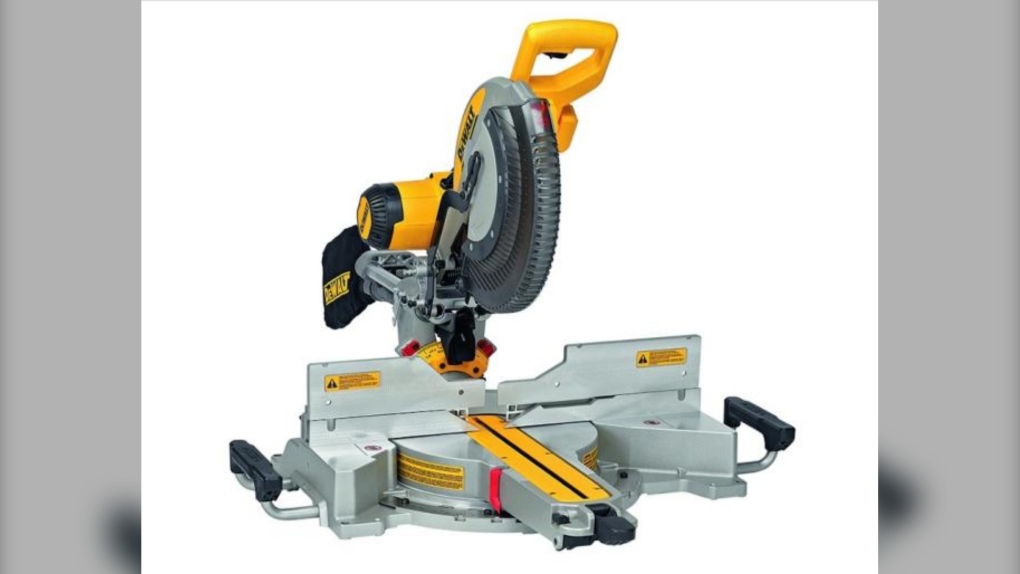 Health Canada has issued a recall for DeWalt’s 12-inch sliding compound miter saws due to a laceration hazard, which has already injured one person in Canada and eight in the U.S.

According to the recall notice, issued Thursday, the company has received a total of 571 reports of the rear guard assembly breaking and exposing the saw blade, posing a laceration risk.

The saws are yellow and black, and their model numbers can be found on the nameplate.

According to Health Canada, the recall excludes units with green dots on the carton near the product code, those that have a green dot on the nameplate, as well as products with a black dot on the arm close to the rear guard.

Health Canada says customers should immediately stop using the recalled product and can request a free repair kit from Stanley Black and Decker Canada or go to a DeWalt service Centre directly for a free repair.

The fatal film-set shooting of a cinematographer by actor Alec Baldwin last year was an accident, according to a determination made by New Mexico's Office of the Medical Investigator following the completion of an autopsy and a review of law enforcement reports.

Thousands of Afghans who helped Canada trapped in Afghanistan, struggling to leave

The federal government needs to do more to help thousands of Afghans who assisted Canadian Forces but remain trapped in Afghanistan a year after the Taliban seized Kabul, aid groups and opposition parties say.