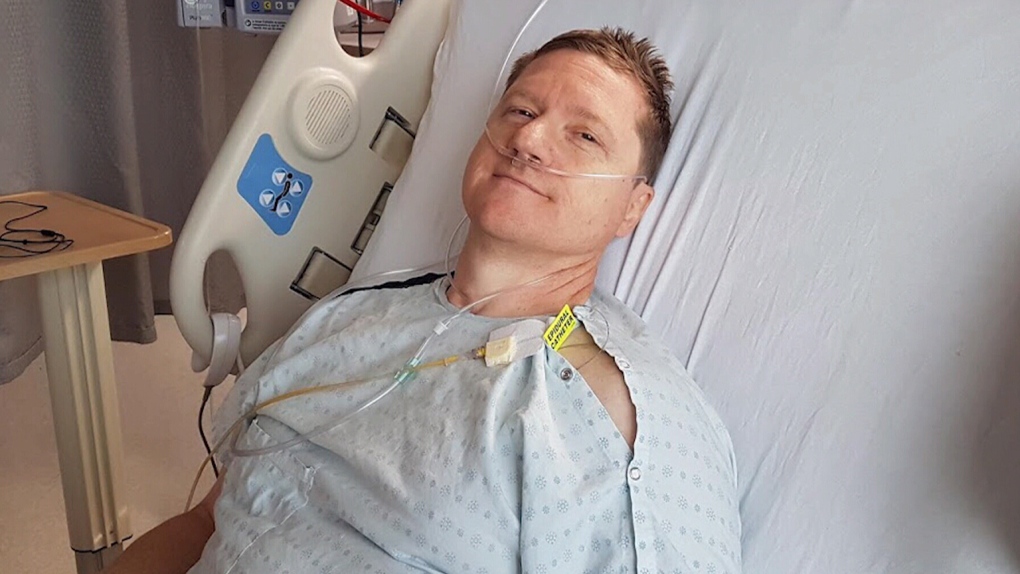 Thomas Hartle of Saskatoon is one of a handful of terminally ill Canadians who appealed to the federal health minister for a special exemption that would allow them to use psilocybin.

TORONTO -- In a landmark decision, four Canadians suffering from terminal illnesses have been approved to receive psilocybin therapy to treat their anxiety -- marking the first time that a legal exemption has been given in Canada for patients to access psychedelic substances for treatment.

A press release posted Tuesday by TheraPsil, a non-profit advocacy group that is working to help Canadians gain access to psilocybin therapy, revealed that Health Minister Patty Hajdu had approved the request.

It’s been more than 100 days since the four applicants first made their plea.

“I would like to personally thank the Hon. Minister Hajdu and the team at the Office of Controlled Substances for the approval of my section 56 exemption,” said Thomas Hartle in the press release.

“This is the positive result that is possible when good people show genuine compassion. I’m so grateful that I can move forward with the next step of healing.”

Hartle spoke to CTV News in June about his struggle with terminal cancer, and the crushing fear that such a diagnosis brings.

The 52-year-old’s anxiety about the end of his life was making his current days unbearable, and anti-anxiety medication wasn’t having the effect he needed it to.

It was this suffering that pushed him and three other Canadians with similar diagnoses towards psilocybin.

The drug, found in so-called “magic mushrooms,” is a naturally occurring psychedelic compound.

Research tracking the effects of the psychedelic drug has found that it has the potential to provide long-term relief for mental health struggles such as anxiety and depression, especially in those receiving palliative care due to a terminal diagnosis.

The U.S. Center for Psychedelic and Consciousness at Johns Hopkins University in Baltimore is currently running clinical trials to assess whether the drug should be released on the market as a prescription medication.

In Canada, the drug is illegal. According to Health Canada’s website, possession, production, or sale of magic mushrooms or anything containing psilocybin is prohibited “unless authorized for clinical trial or research purposes.”

It notes that “currently there are no approved therapeutic products containing psilocybin in Canada."

These regulations meant that in order for Hartle and the other applicants to gain access to the drug, they had to apply for an exemption on compassionate grounds to the Controlled Drugs and Substances Act.

After the decision, Hartle told CTV News by email that he was “very glad” to hear it -- but acknowledged he hadn’t been sure how it would all shake out.

“I had my doubts that this would go as well as it has, but the Minister has really shown that she is ready to stand behind her words when she spoke about the importance of mental health,” he wrote.

“I certainly hope this means that the doors for access might be a little more open for others.”

Laurie Brooks, one of the other three applicants, said in the press release that she was “feeling quite emotional,” after hearing the good news.

“The acknowledgement of the pain and anxiety that I have been suffering with means a lot to me,” she said.

“I hope this is just the beginning and that soon all Canadians will be able to access psilocybin, for therapeutic use, to help with the pain they are experiencing, without having to petition the government for months to gain permission.”

Dr. Bruce Tobin, the founder of TheraPsil, extended his gratitude towards Hajdu in the press release

“Although it has taken a long time we are impressed with their willingness to listen to patients who have not been heard and to shift focus and policy to accommodate their interests and protect their needs.”

Tobin, a psychotherapist and professor at the University of Victoria, has been working since 2017 to be able to treat patients experiencing end-of-life distress with psilocybin.

“Canadians now have the right to die, and this was legally recognized in the medical assistance in dying legislation that came in a few years ago,” Tobin told CTV News in June.