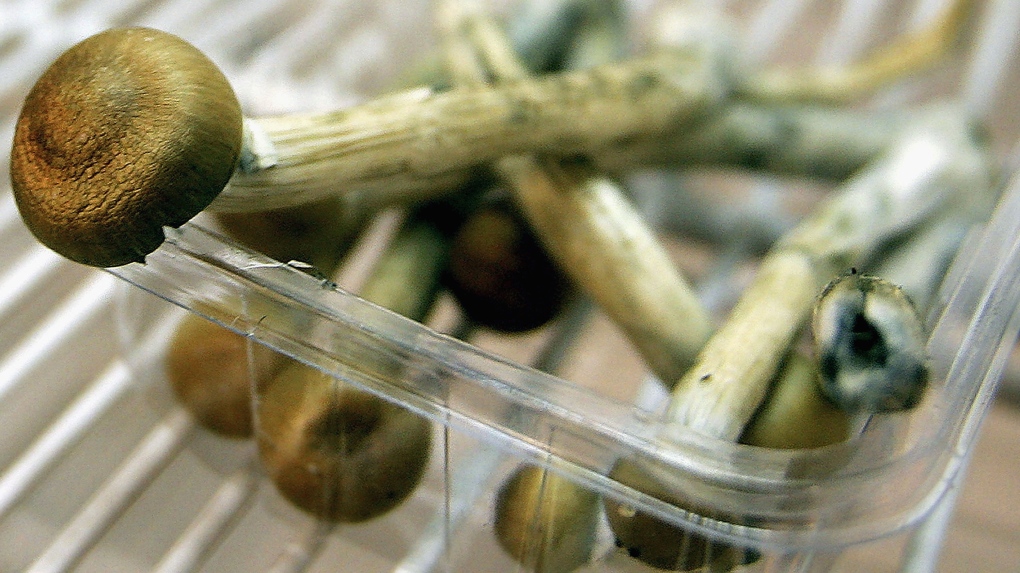 Cancer patients who were given psilocybin reported reductions in anxiety and depression. (Source: Daniel Berehulak/Getty Images)

A single dose of psilocybin, a compound found in "magic mushrooms," provides long-term relief of anxiety and depression in cancer patients, a new study finds.

In fact, cancer patients who were given psilocybin reported reductions in anxiety, depression, hopelessness, demoralization, and death anxiety more than four years after receiving the dose in combination with psychotherapy.

"Our findings strongly suggest that psilocybin therapy is a promising means of improving the emotional, psychological, and spiritual well-being of patients with life-threatening cancer," said Dr. Stephen Ross, associate professor of psychiatry in the Department of Psychiatry at NYU Langone Health.

The findings build on improvements first reported by the team in 2016, in which 29 patients with cancer-related anxiety and depression were given either a single dose of psilocybin or a vitamin placebo called niacin. Seven weeks later, they were given the opposite. This was in combination with nine psychotherapy sessions.

By 6.5 months, after all patients had received psilocybin, about 60 per cent to 80 per cent showed clinically significant reductions in depression, anxiety and existential distress and and improved attitudes toward death.

Fifteen of the original participants were then followed up 3.2 and 4.5 years later and showed sustained long-term improvements, with more than 70 per cent of them further attributing "positive life change's to the therapy experience, rating it among 'the most personally meaningful and spiritually significant experiences of their lives," according to the study published Tuesday in the Journal of Psychopharmacology.

"This approach has the potential to produce a paradigm shift in the psychological and existential care of patients with cancer, especially those with terminal illness," Ross said in a statement.

Ross believes an alternative means of treating anxiety and depression among cancer patients is urgently needed, stating that a third of people diagnosed with cancer will developing anxiety, depression and other forms of distress.

Though his team does not fully understand how psilocybin has such effects on the mind, they previously suggested it could be because our brains have a level of neuroplasticity -- the ability to adapt and change with various experiences.

"These results may shed light on how the positive effects of a single dose of psilocybin persist for so long," said Gabby Agin-Liebes, lead investigator and lead author of the long-term follow-up study, and co-author of the 2016 parent study. "The drug seems to facilitate a deep, meaningful experience that stays with a person and can fundamentally change his or her mindset and outlook."

The study has its limitations, such as the small number of patients monitored in the latest study and its overlap with the previous trial.

"The conclusions that can be drawn are limited because the original trial was a crossover design," says James Rucker, who leads the Psychedelic Trials Group at the Centre for Affective Disorders at Kings College London in the U.K. "This means that in the original trial every participant eventually received psilocybin. Because of this, there is no control group in this current study. This means that we do not know whether the participants might have improved long term anyway, regardless of the treatment."

The findings do, however, build on growing evidence supporting the benefits of psilocybin on mental health.

"This trial provides some useful reassurance to ongoing clinical trials, particularly in treatment resistant depression," added Rucker, who was not involved in the study.

Multiple studies to date have found benefits in using psilocybin to treat people with depression when combined with supportive therapy.

There were an estimated 18 million cases of cancer globally in 2018, according to the World Health Organization, and research has shown depression to be more common among patients with cancer than the general population.

"This could profoundly transform the psycho-oncologic care of patients with cancer, and importantly could be used in hospice settings to help terminally ill cancer patients approach death with improved emotional and spiritual well-being," Ross said.